Ford (F) reported disappointing 4Q 2021 earnings today after the closing bell. The legacy automaker missed consensus estimates amid the global semiconductor shortage and the toll it has taken on its production of vehicles across product lines.

Here were the main metrics from Ford’s report, compared to Bloomberg consensus estimates: 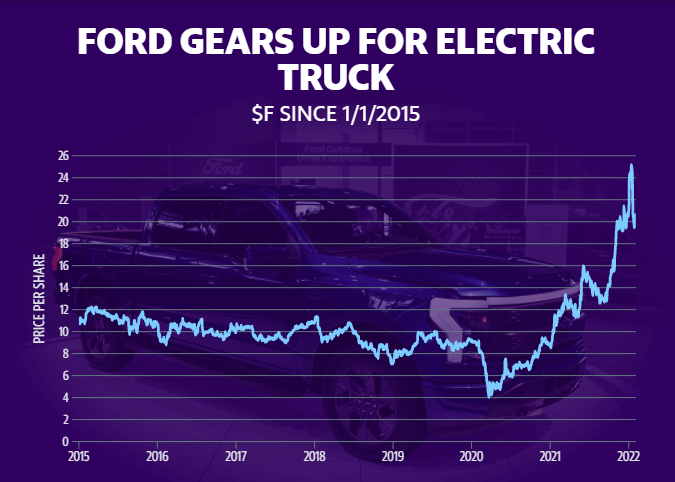 Other metrics in Ford’s report included revenue of $37.7 billion, net income of $12.3 billion, and adjusted EBIT of $2.0 billion. Ford ended the quarter with more than $36 billion in cash and $52 billion in liquidity.

CFO John Lawler commented on how the company was able to navigate supply shortages during the quarter.

“Our team did a fantastic job working with partners to maximize component availability,” Lawler said in the report. “We allocated those volumes to in-demand new vehicles like the Bronco (SUV) and Maverick (small pickup), profitable models like F-Series (trucks) and Transit, and customer orders.”

The company is also seeing impressive early demand for its electric vehicles (EVs), particularly its E-Transit (van) and the highly anticipated F-150 Lightning. CEO Jim Farley told Yahoo Finance Live that the company has already accepted over 10,000 orders for the E-Transit from “a lot of different customers,” including 1,000 orders from Walmart (WMT). He added that Ford will be aiming to reach an EV sales capacity of 600,000 units over the next 22 months.

“Customers made Ford the No. 2 seller of electric vehicles in the U.S. in 2021, what Farley called ‘an important early step toward eventually being the true EV leader,'” Ford’s report reads.

Ford’s stock is down from a mid-January peak of just over $25. The peak marked a 20-year high for the company, allowing it to breach a $100 billion market cap for the first time. Ford currently sits at a market cap of around $80 billion. 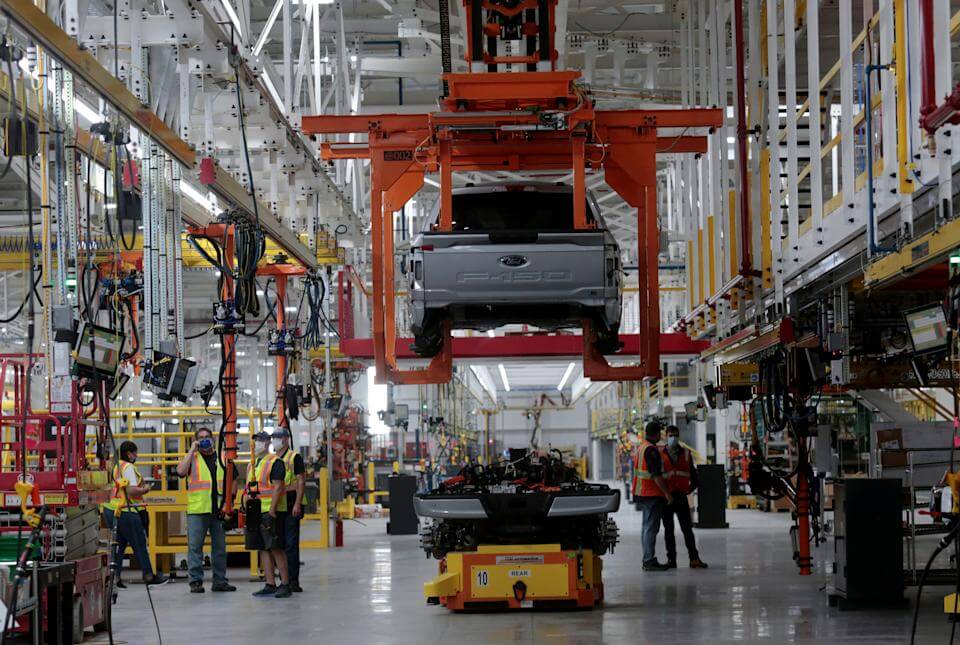 As for the F-150 Lightning, reservations for the electric pickup truck are demonstrating strong preliminary numbers as well.

“We have about 200,000 reservations [for the Lightning],” Farley said. “Now we’re converting those into orders where people have to physically order the vehicle, almost very few of them are falling out.”

Ford announced in December that they would be capping the number of reservations for the Lightning at 200,000 as it works to expand production capacity in light of the materials supply crunch. The company reported 167,545 total U.S. vehicle sales for December (down 14.9% year-over-year).

Looking forward, Ford continues to invest heavily in clean energy and new technology in a push towards a more sustainable automotive future. According to a Bloomberg report, Ford will be increasing EV spending by as much as $20 billion — on top of the $30 billion it has already committed to the space — through 2025.