Tesla plans to run a reduced production schedule at its Shanghai plant in January, extending the reduced output it began this month into next year, according to an internal schedule.

Tesla will run production for 17 days in January between Jan. 3 to Jan. 19 and will stop electric vehicle output from Jan. 20 to Jan. 31 for an extended break for Chinese New Year, according to the plan seen by Reuters.

Tesla did not specify a reason for the production slowdown in its output plan. It was also not clear whether work would continue outside the assembly lines for the Model 3 and Model Y at the plant during the scheduled downtime. It has not been established practice for Tesla to shut down operations for an extended period for Chinese New Year.

Tesla suspended production at its Shanghai plant on Saturday, pulling forward an established plan to pause most work at the plant in the last week of December, Reuters has reported.

Tesla’s latest production cuts at Shanghai come amid a rising wave of infections after China stepped back from its zero-COVID policy earlier this month. That move has been welcomed by businesses although it has disrupted manufacturing operations outside Tesla. 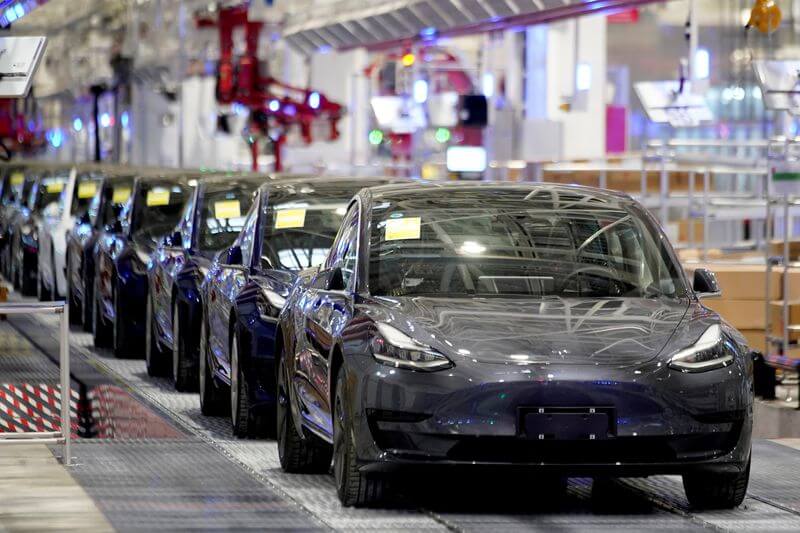 Like other automakers, Tesla has also faced a downturn in demand in China, the world’s largest auto market. Earlier this month, Tesla offered an additional incentive for buyers taking possession of vehicles in December. The company has cut prices for Model 3 and Model Y cars by up to 9% in China, in addition to a subsidy for insurance costs.

Tesla’s Shanghai plant, a complex that employs some 20,000 workers. accounted for more than half of Tesla’s output in the first three quarters of 2022.

Tesla has set a target for growth of 50% in output and electric vehicle deliveries in 2022. Analysts expect output to fall short of that goal at closer to about 45%, based on forecasts for the soon-to-end fourth quarter.