After years of pandemic growth, Etsy (ETSY) is investing hundreds of millions of dollars into its platform, even against the backdrop of a difficult macroeconomic environment, as the company prepares itself and its sellers for the upcoming holiday season, according to its chief executive.

“We’re investing more than $600 million in marketing this year to make sure that we’re front of mind with buyers at a time when they need us most,” CEO Josh Silverman said. “While a lot of other people might be pulling back, we think this is a great time to be leaning in and gaining share.”

The company is also investing about $25 million this year in the newly-launched Etsy Purchase Protection Program and launched a new app for Etsy sellers.

“We’re making a lot of investments that really are supporting and lifting up our community, and that’s why I think we’ve been holding on so well,” Silverman said. 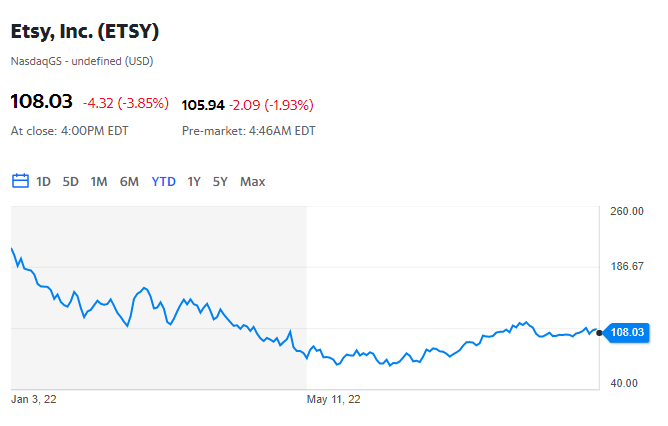 Etsy’s financials show that the company has remained resilient over the past year, beating every quarter since September 2021 on both the top and bottom lines. In Q2 2022, Etsy sellers clocked about $3 billion in sales.

“That same quarter pre-pandemic, Etsy sellers did about $1.1 billion of sales,” Silverman said.

Etsy’s pandemic growth was a big story in retail over the past two years, though the company’s stock has since come back down to earth. The company is now focused on retaining that interest from buyers as the early days of the pandemic fade from view.

According to Silverman, the company’s sellers have “seen their sales go up 23% since pre-pandemic, even as we’ve added two-and-a-half million more sellers.”

“That’s because we have the capacity to invest, which is very important for everyone,” he said. 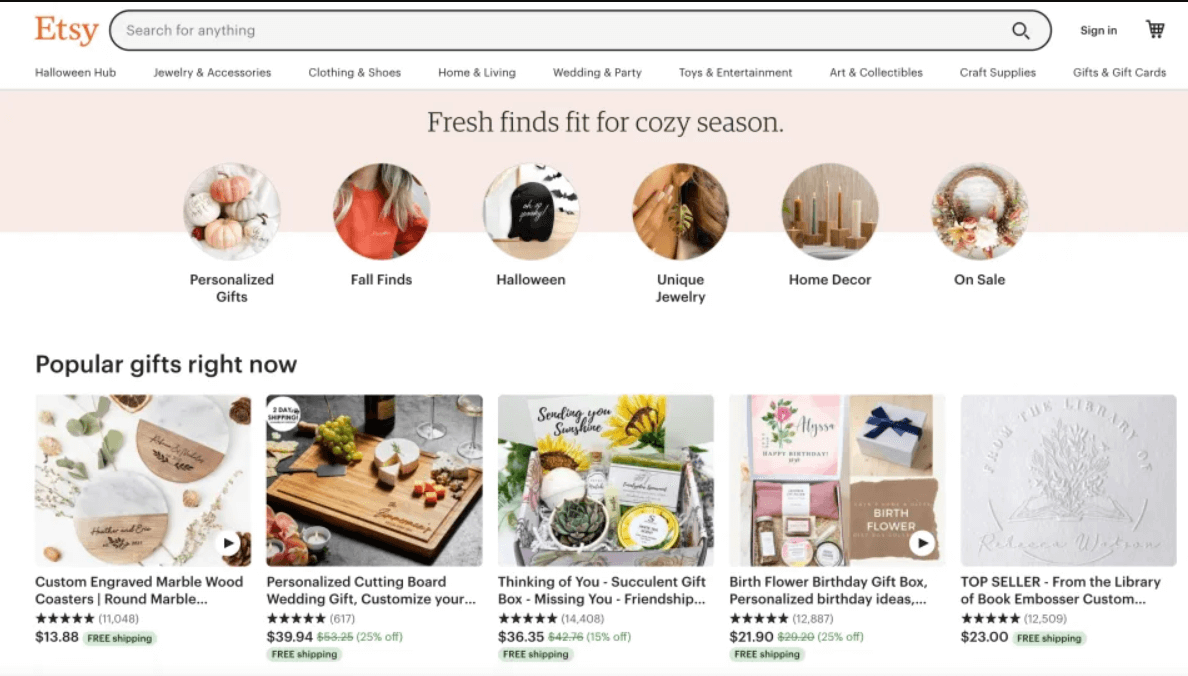 Etsy’s looking towards the holidays

Looking toward the third quarter, Silverman said Etsy is projecting “pretty robust sales” even as retail competitors like Walmart (WMT) and Target (TGT) are discounting their prices ahead of the holidays.

Although Etsy sellers aren’t immune, Silverman said, what’s most important to him is that those sellers have pricing power.

“Etsy sellers are discounting more and we’ve launched more tools to allow our sellers to decide where and to whom they want to offer discounts,” he said, adding: “Our sellers also have the opportunity to raise their prices if they think that’s appropriate. The fact you’re getting something handmade just for you is valuable and our sellers ought to be able to price for that.”

Etsy shares are down roughly 46% year-to-date as of close Thursday. The company’s stock hit an all-time high of about $274 a share in November 2021.