Electric Cargo Planes: The Next Stage Of Amazon’s Delivery Transformation

Flying cars, also known as electric air taxis, have been around us for a long time thanks to sci-fi staples such as “Back to the Future” and “The Jetsons.” But with major brands like Boeing (NYSE:BA), Airbus (OTCPK:EADSF), Hyundai, and Toyota (NYSE:TM) now promising to whisk riders through the skies in flying taxis and receiving a heady dose of Wall Street endorsement, the dream is increasingly getting closer to reality.

Indeed, many experts are now upbeat that air mobility over short distances is closer to becoming a reality than ever before in history, thanks mainly to massive advancements in battery technologies and autonomous flight. And make no mistake about it: Flying taxis have real potential to completely restructure public and private transportation, decongest our roads, and lower greenhouse gas emissions.

In fact, a Morgan Stanley Research study says the autonomous urban aircraft market will continue to mature during the current decade and then boom globally to reach $1.5 trillion by 2040.

And, it appears there’s no shortage of electric aircraft companies in the IPO pipeline: Amazon and UPS-backed Beta Technologies have developed Alia, an electric vertical takeoff and landing aircraft, or “eVTOL,” helicopter-like aircraft that can take off and land without runways. 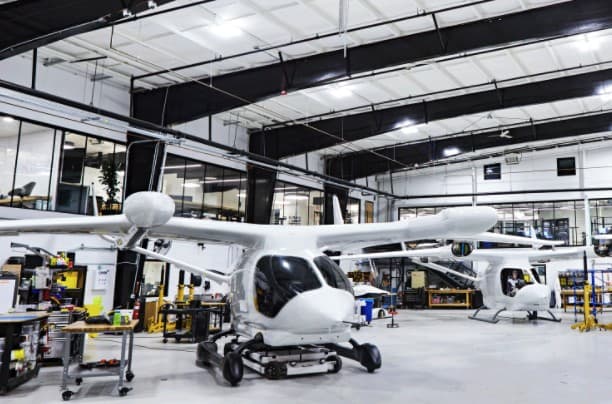 However, unlike competitors like Joby, Archer, or Larry Page’s Kitty Hawk, Alia is designed primarily as a cargo plane with the company and its investors betting that the business for speeding e-commerce to and from suburban warehouses will mature long before air taxis are considered safe to criss-cross the skies over city streets.

“We’re actually going to win at the passenger game because by the time others are doing passenger missions we will have thousands of aircraft, millions of flight hours and a safe, reliable, vetted design,” company founder and CEO Kyle Clark has told Forbes.

Alia’s bulbous cabin is designed to accommodate 600 pounds of payload, including the pilot, for a maximum 250 nautical miles, or up to 1,250 pounds for 200 miles with one of the five battery packs removed. That’s at least 100 miles farther than any competitor can currently manage, though Clark expects the FAA to restrict flights to 125 miles.

Clark envisions Alia flying directly from one UPS warehouse to another, thus cutting out truck trips as well as plane flights, and eventually straight to large customers. That will require a radical remodeling of the current hub and spoke delivery network patterns that cargo planes typically use. The CEO reckons that frequent flying will allow up to 90% savings on fuel and cheaper maintenance due to the fewer parts of electric propulsion systems, plus another 35% reduction on operating expenses when fully autonomous flying becomes a reality.

If that sounds a tad ambitious, it’s because Beta is developing another disruptive, parallel business: building charging stations for electric aircraft of all types.

Beta has already built nine such stations in a line from Vermont to Arkansas, with another 51 under construction or in the permitting process. Most will store banks of used Alia batteries after their capacity has declined about 8%. This will give the startup a profitable second life when the company sells Alia owners replacement packs at about a half a million a pop. Clark’s plan is for them to fill slowly at off-peak times, with excess power sold back at peak to utilities.

“The aircraft is the sexy part but we’re going to make big money off batteries,” Clark has gushed.

While these lines of business sound impressive, another big reason why Beta Technologies is attracting so much attention can be chalked up to its well-heeled investors.

Beta counts Amazon and Fidelity Management as early investors, while angel investor Martine Rothblatt who helped fund Sirius Satellite and United Therapeutics, chipped in with a $52 million seed fund. Beta has also won significant pre-orders: UPS has inked a letter of intent to buy up to 150 Alia aircraft, at $4-$5 million apiece, with delivery for the first ten aircraft slated for 2024. Rothblatt, inspired by her daughter’s lung ailment, has ordered 60 aircraft and eight charging stations from Beta to help deliver perishable organs quickly to hospital helipads.

Beta has also won contracts worth $43.6 million to test out Alia for military use after becoming the first electric aircraft to win airworthiness approval from the Air Force for manned flight in May.

Beta Technologies, which was valued at $1.4B after its latest round of funding in May, is being compared to another Amazon-backed EV startup that recently topped a valuation of $100B: Rivian Inc. (NASDAQ:RIVN).

“They see a lot of parallels between Beta and Rivian,” says Edward Eppler, Beta CFO and a former Goldman Sachs investment banker.

There’s no word yet when Beta Technologies might go public, but the chances are that it will avoid joining the SPAC bandwagon and instead opt for a traditional IPO.

SPACs are blank check companies with no products, revenue, or profits that are formed specifically to make acquisitions with the intention of later taking these companies public. There are a number of benefits to a SPAC merger, including a faster timeline (months versus more than a year for an IPO), lower costs because there are fewer bank and underwriter fees, and, crucially (for some companies) less regulatory oversight.

The last few years has seen a spate of EVs including Nikola Corp. (NASDAQ:NKLA) and Lordstown Motors (NASDAQ:RIDE) go public via SPACs. However, these deals have rapidly gone out of favor after criminal charges were launched against Nikola’s founder and a warning from the SEC about companies misleading investors in SPAC deals. It’s one of the main reasons why SPACs are getting increased scrutiny from regulators.

Indeed, the IPOX SPAC Index, a mix of 50 SPACs and De-SPACs, has crashed 33% since its February peak. 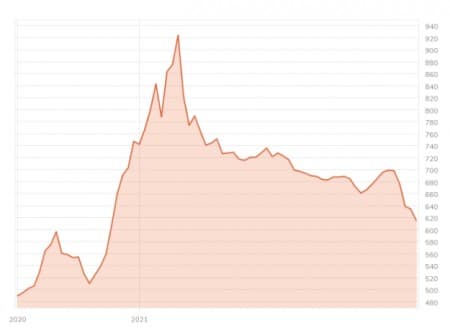