As the market’s downward slide continues following a hawkish Federal Reserve statement Tuesday afternoon, economists have downgraded their forecasts for the economy in 2023.

“While we don’t necessarily have a recession in our forecasts, we do see the risk of a recession increasing,” said Beth Ann Bovino, Chief U.S. Economist for S&P Global Ratings. “We now have it at about 30%; we see the risk go much larger in 2023 when those cumulative rate hikes from the Fed to attack inflation start to weigh on mortgage payments and monthly payments.”

“Right now, people are still sitting on a nice bit of savings,” she said. “And the reason why is that people spent so many months in quarantine, many people didn’t spend and go out.”

With demand for services heating back up, she noted, consumers are beginning to shift away from goods and spend more money on in-person services that were limited or canceled due to the pandemic. 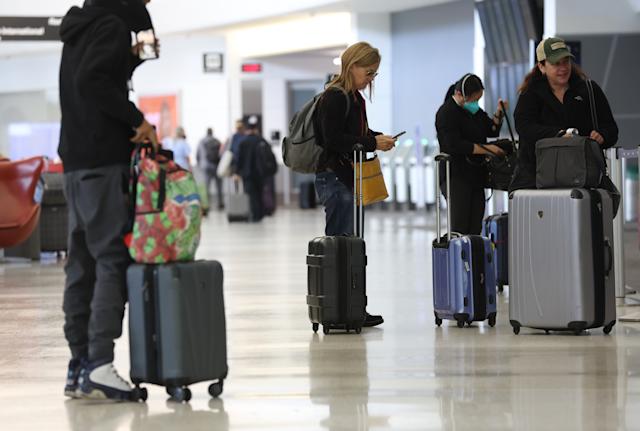 “I do want to note that we did see a nice reading for core spending, so that was also strong,” Bovino said. “In terms of the shift away from goods, basically, goods, to services, that kind of makes sense because what we’re seeing is a reopening of the US economy, even though Omicron or the new variant has certainly caused some concern.”

Retail spending rose 0.9% in April, marking the figure’s fourth consecutive month of increase. Much of the increase was centered in higher consumer spending on restaurants, vehicles, and clothing. Other service sectors, like airfare, also saw higher spending last month. Additionally, data from JP Morgan Chase monitoring credit- and debit-card transactions found an increase in spending on eating out and entertainment among consumers.

“That gives us some cushion this year, but eventually people are going to close their pocketbooks,” Bovino said. “That doesn’t bode well for the US economy going forward.”

Despite higher consumer spending numbers and a near-full labor market, significant macroeconomic concerns have given investors hesitation. For one, many industries are still dealing with a labor shortage that has left businesses across the country understaffed. Additionally, analysts have noted concern with recent job reports showing a growing number of people leaving the workforce, even as official unemployment numbers remain extraordinarily low.

The stock market slumped earlier this month after the Federal Reserve raised the Federal Funds rate by half a percentage point – the biggest such raise since 2001.

“The Fed responds by raising rates very aggressively,” Bovino said regarding expectations for future Fed rate hikes. “The 50 point basis hike that we saw most recently, that’s not just— that’s not a one-off. We expect several more this year while there— and there has been talk, although it’s been pushed back by Chair Powell, of a 75 basis point hike.”