The Mouse House plans to spend big in ways customers likely will be really happy about (and Netflix and Universal Studios won’t).

Walt Disney (DIS) sits at or near the top of the streaming, broadcast, film, and theme-park industries despite heavy competition.

The Mouse House does battle with any company that produces content or tries to entertain people. But arguably its two biggest rivals are Netflix (NFLX) , its opponent for streaming dominance, and Comcast (CMCSA) , which holds Universal, Disney’s only real competitor for theatrical releases and in the streaming space.

Of course, other film studios and broadcast networks fight Disney for things like sports rights. But in fact Netflix and Comcast’s Universal stand above all others — Netflix largely because it has first-mover advantage and Comcast because it’s the only company that has intellectual property rivaling Disney’s.

Competition is relative as Disney stands at the top of the IP world. But Comcast does have big franchises including “Fast & Furious,” “Jurassic Park,” “Minions,” “Shrek,” “Secret Life of Pets,” and its classic monster movies. That’s not “Star Wars,” Pixar, and Marvel, but it’s a close enough No. 2 to at least challenge Disney on release dates.

Now, Disney has a big plan to catch up to Netflix and keep its box-office crown over Universal. That plan involves spending an awful lot of money. 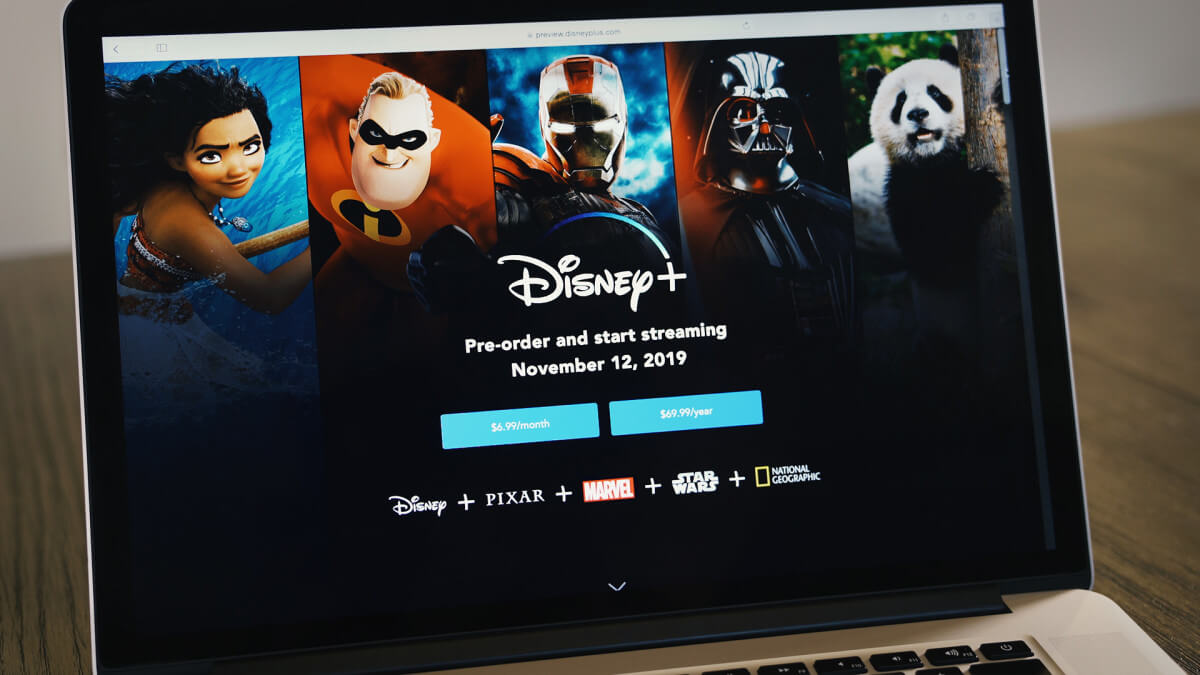 Netflix plans to spend about $17 billion on content in 2022. That’s down from past estimates of $20 billion. During the company’s second-quarter earnings call, Chief Financial Officer Spencer Neumann noted that about 60% of that budget goes to original content, with the rest going to licensing.

“We are expecting to spend about $17 billion this year, and we are in the right Zip Code,” he said, according to a Deadline story. “We have come through a pretty big business transition. We have gotten smarter in how we can direct our spend for greatest impact.”

That’s a huge number, given that Netflix does not produce films for theatrical release.

Disney, however, plans to spend more than half again that figure across all its content platforms.

“This estimate is slightly lower than our previous guidance, largely due to timing changes. And we expect annual cash content spend over the next couple of years to be roughly in the low $30 billion range as well.”

That’s a lot of films, Disney+ shows, and content for Disney’s other platforms. The big budget, however, comes with far fewer risks per dollar spent than its rivals face.

Disney Doubles Down on What Works

Comcast has a few guaranteed hit franchises — but not enough of them to power a full box-office slate or to make its Peacock streaming service a hit.

That has forced the company to continue to make movies that might not be hits while spending big to supplement its streaming service with WWE (WWE) archival programming and special events as well as risky sports bets like the Olympics.

Netflix has almost no valuable IP outside of “Stranger Things.” Its biggest hits have been shows that don’t readily lead to “universes” or even sequels. That puts both companies at a major disadvantage to Disney, which can simply build off what already works.

It’s a strategy that works to keep fans of its franchises engaged and to bring new ones in, according to CEO Bob Chapek.

As you know, Disney+ is still a young business and it is learning more every day about the service’s ability to attract new fans to their powerhouse franchises. For example, in addition to driving engagement among tens of millions of existing Marvel fans, we have seen each new Disney+ original Marvel series attract incremental viewership and new subscribers that hadn’t previously engaged with Marvel content on the service, thanks to the episodic format that enables us to explore new characters and genres. The value of expanding the fan base is tremendous, and this new audience can then experience Marvel across our other offerings from consumer products to games to theme parks.

Disney’s content doesn’t just drive its broadcast platforms; it brings customers to theme parks and other parts of the business. That’s a model Comcast/Universal could follow to an extent, but mostly it lacks the content to do that and Netflix doesn’t have those other businesses.

Yes, Disney has a big budget, but it also gets more for its money than its rivals and that should help the company gain on Netflix while building its lead over Comcast/Universal.