Crypto assets slightly recovered on Tuesday, though doing little to reverse the damage of a turbulent first half of the month for crypto investors.

Last week, the crypto world was shaken after stablecoin Terra (LUNA1-USD) depegged from the dollar and saw its value drop to less than $0.10 cents per coin. The event was considered particularly significant because one of the primary selling points of stablecoins is that they hedge against the volatility concerns typically associated with cryptocurrencies by being pegged to a fiat currency.

As a result, cryptocurrencies across the board began losing value, with tether (USDT-USD), the world’s largest crypto asset by volume traded, saw its value drop from $1 to $0.95 cents.

Bitfinex, the fintech company responsible for issuing Tether, avoided its currency’s depegging from the U.S. dollar, which likely would have been disastrous, by promising investors to continue to use a rate of $1 per tether for withdrawals. 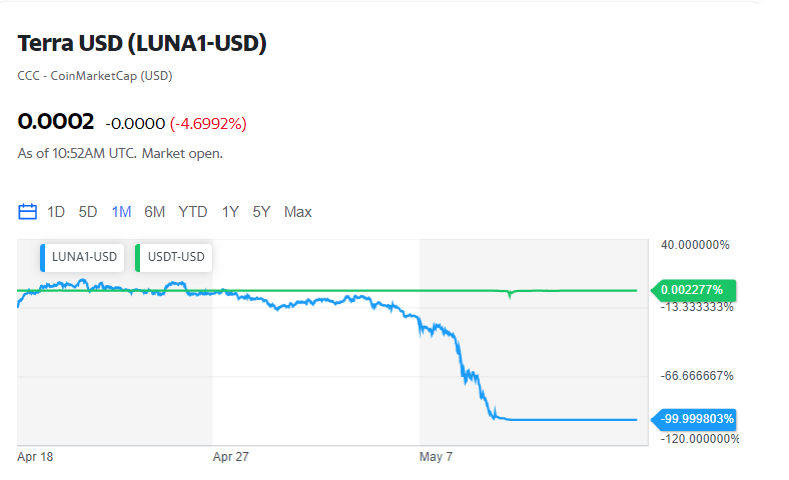 “What we’re finding out is that kind of the tide went out,” Bloomberg Intelligence Commodity Strategist Mike McGlone said last Friday following last week’s crypto-meltdown. “We’re finding out who’s wearing clothes in crypto, as we’re purging some of those speculative excesses, most notably in Terra USD, which was an algorithmic stablecoin. I like to call them crypto dollars because they all track the dollar.” 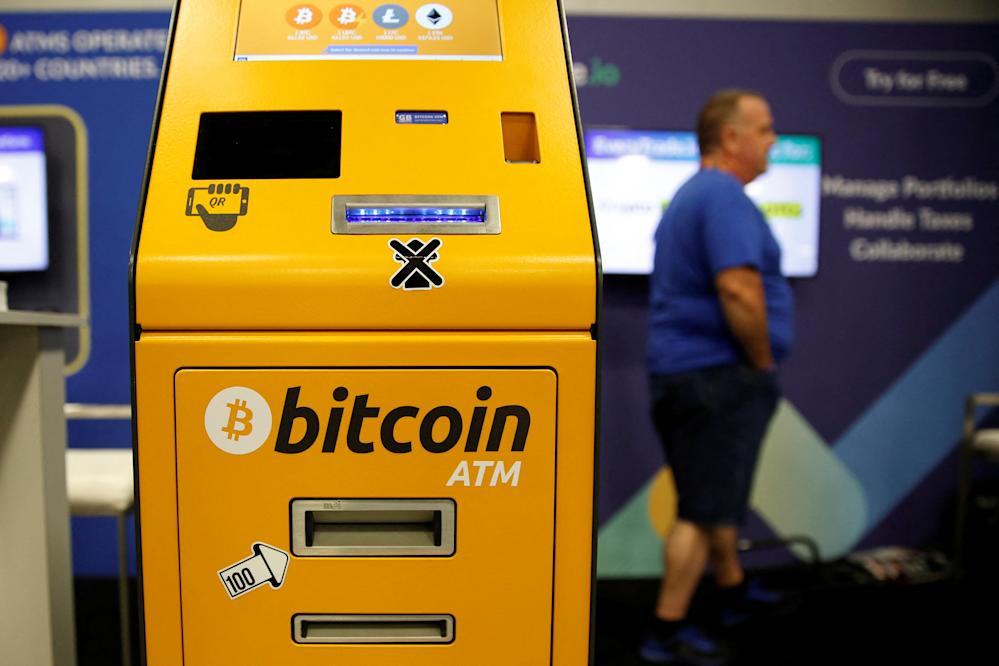 Though a long-term crypto sell-off began late last year and has continued for several months now, most assets experienced a particularly harsh decline last week, due to the stablecoin events.

Investors withdrew over $7.6 billion from Tether during the past week, and crypto assets other than stablecoins have endured a similarly rough period.

Bitcoin (BTC-USD) fell by more than 4% on Monday and dropped once again below the $30,000 threshold, while the world’s second-largest cryptocurrency, Ethereum, experienced losses upwards of 3%. Both assets regained some of these losses Tuesday morning and are up considerably from last week’s year-to-date lows. Cryptocurrencies and other crypto assets have entered what analysts have called a ‘crypto winter’ that has extended well into this year’s spring.

Bitcoin hit just over $25,000 – its lowest point since July 2020 – last Thursday before briefly ticking up over $30,000 by the weekend. Refinitiv data recently showed that Bitcoin has become increasingly correlated with the Nasdaq stock index within the past month, much to investors’ chagrin.

McGlone sees a brighter future ahead for those who choose to stick out the bleak conditions for Bitcoin. As investors have begun to categorize bitcoin as a risk asset and the crypto market as a whole becomes increasingly linked to other risk assets, he said, Bitcoin is likely to continue to suffer while the Federal Reserve raises interest rates.

Tether and other stablecoins’ short-term misfortune might also mean good news for bitcoin in the long run, McGlone explained.

“A lesson I’ve learned about Tether [is] any time you see knockbacks on Tether, it’s usually a short-term blip in the market in bitcoin and a long-term enduring bottom,” he said. “The best example was 2019 April, when the New York Attorney General came down on Tether.” 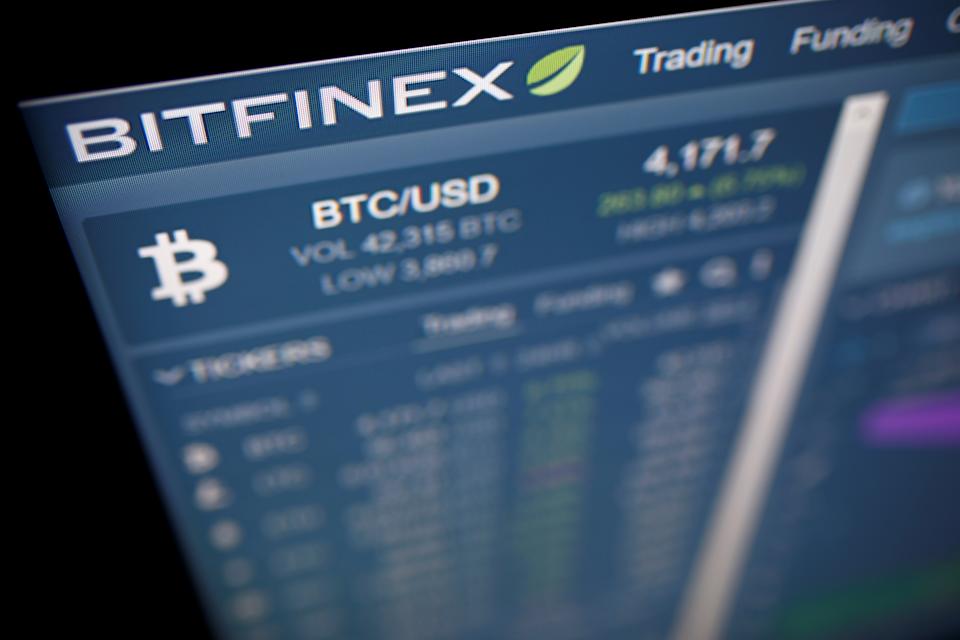 In that case, New York Attorney General Letitia James filed a suit against Bitfinex accusing them of covering up losses amounting to $850 million. At the time, the entire crypto market was similarly shaken.

“It broke the buck for a little while,” he said. “Bitcoin hovered around 5,000. And then it established an enduring support. I see similar things happening at around 30,000.”

According to McGlone, Bitcoin is the key asset in the crypto market. Not only is it the oldest and most well-known cryptocurrency, but it has significant technical advantages over some of its competitors.

“Bitcoin is the key focus,” he said. “And remember, what Bitcoin is doing, it’s well on its way becoming global digital collateral. And it’s going back to a good support within an enduring bull market.”

Even during this year’s bear market, he added, Bitcoin has been shown to be less volatile than in previous years.

“The key fact I like to point out is, overall, the volatility of these nascent crypto assets, most notably Bitcoin, has continued to decline versus the stock market,” he said. “That’s what happened with Amazon when it first came out. Remember, its volatility in 2009 was about the same as Bitcoin is now. And look where it is now. To me, that’s what investors are looking forward to in the future.”