Crypto exchange Crypto.com is under the microscope after sending $405 million to the wrong recipient, raising alarm bells among crypto watchers after the whirlwind unraveling this week of competitor exchange FTX, which filed for bankruptcy on Friday.

Some crypto watchers scrutinizing the transaction speculated it was an attempt to fluff trading volumes. Complicating the hoopla, the analyst who first caught the transaction turned out to be an employee of rival exchange, Coinbase.

It also follows a blunder made in December when Crypto.com accidentally sent a woman in Australia $10.5 million instead of a $100 refund.

Crypto.com’s CEO Kris Marszalek said over Twitter that the transaction was as an accident, while a company spokesperson told that funds were intended to be sent to an offline cold storage crypto wallet, but mistakenly went to Gate.io, another crypto exchange.

Some crypto exchanges hold accounts with competitors to beef up liquidity during periods of volatility.

“Fund movements from Crypto.com custody systems are only possible between approved and whitelisted addresses attached to our cold wallets, our hot wallets (connected to the internet), and our corporate accounts at third-party exchanges,” the spokesperson said. 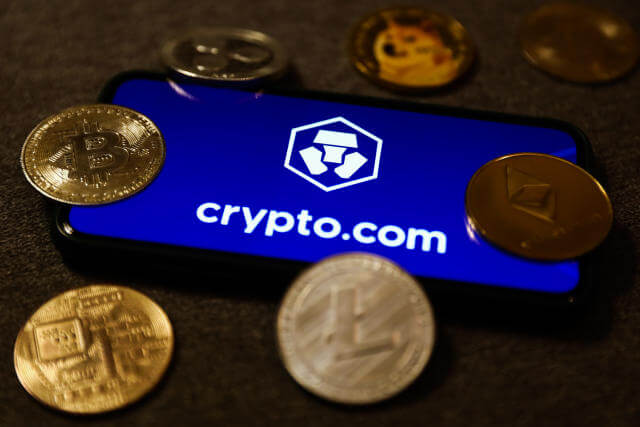 Still, the transaction triggered crypto investors who over the past 24 hour sent the price of Crypto.com’s exchange token (CRO-USD) down by 24%. For the same period, bitcoin (BTC-USD) is down by less than 2.5%, while ether (ETH-USD) has fallen 2.5%.

The incident also follows a bid by a number of crypto exchanges to shore up trust during the week of FTX’s collapse by rushing to publish their “proof of reserves,” showing they aren’t using investor funds.

Some crypto exchanges, such as the U.S.-based Kraken, have been using proof of reserves for years. Yet the measure can still fall short depending on frequency and how much of a balance sheet a company chooses to show.

In a best-case scenario, proof of reserves can prove solvency, according to Sergey Nazarov, CEO and co-founder of Chainlink Labs, whose company offers a proof-of-reserves product.

“It shows whether the assets a company claims to have are actually available in real time,” Nazarov told of Chainlink’s product.

On Thursday, Crypto.com published its proof of reserves in its crypto wallets, stating it held $3 billion in total customer assets. As of Saturday, the figure sat at $2.55 billion, a 15% drop, according to Crypto.com’s wallets tracked by blockchain analytics platform, Nansen.

For the same period, OKX — the third-largest crypto exchange by trading volume after Binance and Coinbase — saw its assets rise by $114 million. It has $5.83 billion in assets — 64% is in ether (ETH-USD) and 25.8% is in bitcoin (BTC-USD), according to Nansen.

Since last Sunday, Binance’s assets have risen by $4 billion from from $66.7 billion to $70.8 billion, according to Binance wallets tracked by Nansen.

“Proof of reserves is great so long as you have proof of assets and liabilities,” told Michael Anderson, a co-founder with crypto venture capital firm, Framework. “It gives you a portion of the story. It helps people know if a company is using its customer assets as collateral to borrow money.”