CPI inflation, Rivian earnings: What to watch this week

Another likely red-hot inflation reading and a handful of key corporate earnings results are on tap for investors this week, offering further catalysts after the past several weeks’ volatility across risk assets.

On the economic data front, Thursday’s Consumer Price Index (CPI) from the Bureau of Labor Statistics (BLS) is set to be the most closely watched print. Investors have been anxiously awaiting signs of a peak in inflation — and to that end, the incoming data is unlikely to offer this payoff.

Consensus economists are looking for the headline CPI to accelerate to show a 7.9% year-over-year increase, rising further from January’s 7.5% rise, according to Bloomberg consensus data. Such a result would set a fresh 40-year high rate of inflation. And even excluding volatile food and energy prices, the CPI is likely to rise 6.4%, compared to January’s 6.0% increase.

The month-over-month data are also expected to keep climbing. Economists are looking for a 0.8% monthly rise in the broadest measure of February CPI, marking 21 consecutive months of advances following January’s 0.6% rise.

The latest CPI report will begin to capture the only very early impacts to prices from Russia’s war in Ukraine, with a full-scale invasion taking place in late February. Concerns that this geopolitical conflict would disrupt the energy complex in Ukraine or Russia — the world’s third-largest oil producer — have sent U.S. crude oil prices soaring above $110 per barrel to a more than decade high. 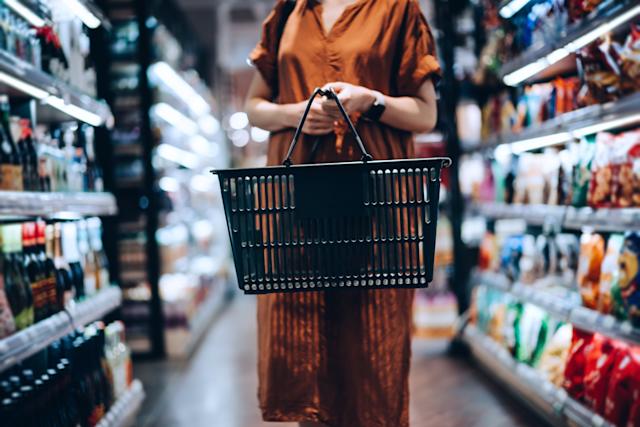 And other recent economic data have also suggested prices continued to climb across the U.S. economy. The Institute for Supply Management’s February services index from late last week showed prices climbed compared to January, and that surveyed businesses “continue to be impacted by supply chain disruptions, capacity constraints, inflation, logistical challenges and labor shortages.” And in last week’s jobs report from the Labor Department, average hourly wage gains came in well-above pre-pandemic trends with an annual rise of 5.1%, albeit while coming down slightly compared to January’s 5.5% jump.

Even ahead of the upcoming CPI inflation data and latest jobs report, key Federal Reserve officials have already signaled the central bank was set to move on raising interest rates following its mid-March meeting. Federal Reserve Chair Jerome Powell said last week he would back a 25 basis point interest rate hike this month. While lower than the turbo-charged 50 basis point hike some market participants had been anticipating beforehand, such a move would set off the process of raising borrowing costs across markets and help bring down demand to in turn push down prices. 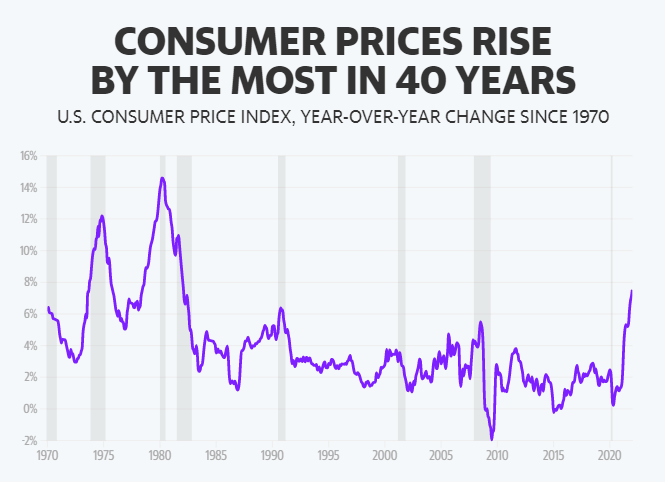 “As prices rise, you’re on the demand curve, and people demand less. I think what the Fed is hoping is that there are some other channels in the global economy that will manifest themselves and help bring inflation down,” Nathan Sheets, Citi global chief economist, told. “And some of the factors the Fed has pointed to in its minutes — one is some further progress on supply-chain disruptions. Another one is further progress on a reduction in commodity prices. And I have to say given what I’m seeing at the moment, both of those seem quite remote.”

“Now a third one that is maybe a little more hopeful is, as we make progress in better managing the pandemic … it will allow a rebalancing from this red-hot, commodity-intensive goods sector more into the services sector and allow some of these goods prices that have been so elevated and rising quickly [to] come off the boil a bit,” he added. “The Fed has its fingers crossed that these things are going to come through and be supportive of lower inflation in addition to that demand destruction channel.”

While the vast majority of S&P 500 companies have now reported fourth-quarter earnings results, a handful of closely watched newly public companies are still set to offer results this week.

One will be Rivian (RIVN), the Amazon- and Ford-backed electric vehicle firm that went public in November in the sixth-largest IPO in U.S. history and the largest of last year. Shares have since fallen by more than 50% for the year-to-date, however, amid a broad rotation out of growth and technology stocks.

Rivian has had its fair share of company-specific challenges as well, however. The California-based EV maker missed its 2021 vehicle production target, coming up short compared to the 1,200 vehicles it had targeted for last year. And the stock took another leg lower this week after Rivian took back price increases for its electric trucks and SUVs for some pre-orders due to customer backlash. 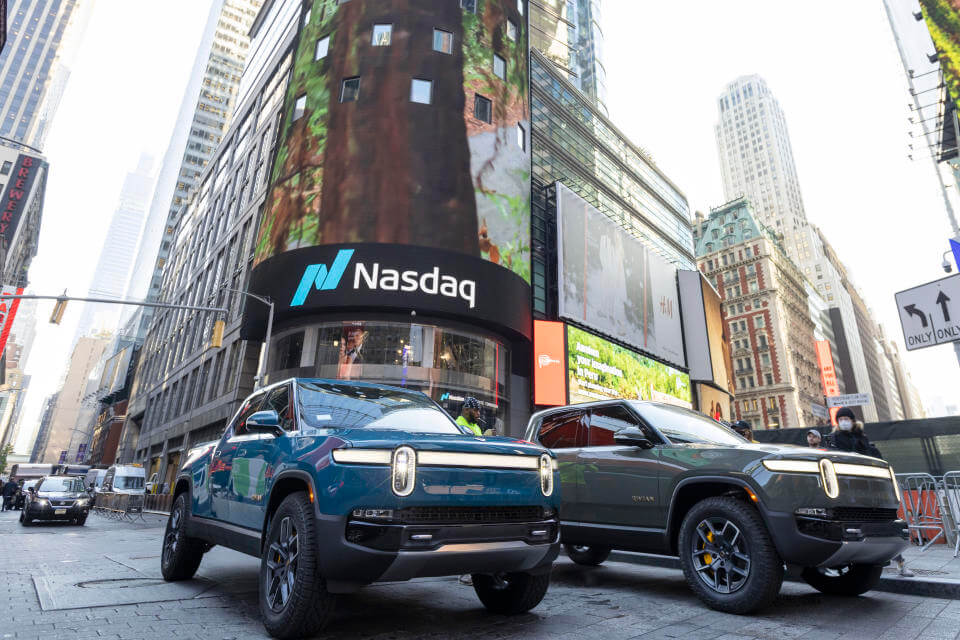 All told, Rivian is expected to post revenue of nearly $64 million when it reports results Thursday after market close. Net losses are expected to come in at $1.8 billion, compared to the $1.2 billion posted in the third quarter.

Results from Rivian as well as other reports this week including Bumble (BMBL), StitchFix (SFIX) and Oracle (ORCL) will come at the end of a fourth-quarter earnings season that has so far been solid across the board for most S&P 500 companies. While these results capture the period before the geopolitical conflict between Russia and Ukraine and the uncertainty over the global economic landscape that has ensued, the earnings have signaled solid momentum in corporate profitability heading into the new year.

“Q4 earnings season, while clearly prior to all of what we’re seeing right now, came in well ahead of expectations, and we saw really strong positive revisions, and positive guidance for 2022. Q1 is definitely going to be a wild card,” Amanda Agati, PNC Asset Management Group chief investment officer, told Yahoo Finance Live. “We’re going to have to watch very, very carefully for what happens with rising input costs, wage pressures, now we have the energy story coming into the equation. So I do think there is an element of risk to it, but I also think that the underlying fundamental story is pretty strong.”