CPI inflation, Disney and Peloton earnings: What to know this week

Investors this week are set to monitor another set of inflation data alongside a packed docket of quarterly earnings results, with names from Disney (DIS) to Uber (UBER), Lyft (LYFT) and Peloton (PTON) all set to post their reports.

On the economic data front, Thursday’s Consumer Price Index (CPI) will be one of the most closely watched reports, and will likely show another multi-decade high print on inflation to further vindicate the Federal Reserve’s more hawkish stance.

Consensus economists expect to see that the headline CPI jumped by 7.3% in January over last year, which would mark the fastest rise since 1982. This would also accelerate from December’s 7.0% annual rise in consumer prices. And on a month-over-month basis, the CPI will also likely match December’s 0.5% rate in January.

Excluding more volatile food and energy prices, CPI is expected to rise by 5.9% on an annual basis, which would also represent the biggest jump since 1982.

“It is almost assured that those readings will be historically hot, particularly on a headline basis when we factor in the movements we’ve seen in commodities,” Chris Pollard, Cowen managing director and head of market strategy, told last week. “But even on a core basis, the pressures that we’re seeing and realizing at the start of this year are pretty elevated.”

“In the press conference in January, following that FOMC meeting, Powell discussed the concept of him revising higher his full year outlook for inflation in 2022,” Pollard added. “And that sensitivity is going to be hard to remove from the committee, at least over the first half of this year, just given some of the base effect dynamics coupled with some of the supply-demand dynamics that we’re seeing in the commodity complex. It’s going to make it pretty challenging to see a pricing out of the hawkish policy path that markets are focused on at this point.”

Namely, the Federal Reserve has become increasingly focused on the inflation aspect of its dual mandate, which requires that the Fed promote both price stability and maximum employment.

Last week’s jobs report added fuel to the notion that the Fed’s employment goals had already been achieved, as non-farm payrolls soared by a much better-than-expected 467,000 and the labor force participation rate unexpectedly increased as more workers returned from the sidelines. And these improvements likely understated the full strength of the present labor market, many economists said, since the survey week for the report took place as Omicron-related infections soared to records in the U.S.

“Barring a substantial downside growth or inflation surprise, the Fed’s hawkish posture is not changing over the next two quarters,” Neil Dutta, head of economics at Renaissance Macro Research, said in a note last week. “Powell has, for all intents and purposes, declared victory on the employment mandate.”

Last week’s jobs report also included more signs of broadening inflationary pressures, as average hourly wages rose by the most on an annual basis since May 2020, growing by 5.7%.

Against this backdrop, investors have increasingly priced in the likelihood that the Federal Reserve will roll out five quarter-point interest rate hikes this year. Some market participants are also now betting that the Fed will raise rates by 50 basis points in March to try and quickly help to stem inflation. If realized, this would mark the first half-point rate hike by the Fed since 2000.

Another busy week of quarterly earnings results also awaits investors in the coming days, after what has already been a bumpy quarterly reporting season across major companies so far.

Dow component Disney (DIS) will be one of the major names to report this week, offering investors a look at how the company’s key streaming and parks businesses performed as the pandemic persisted.

Disney shares have fallen 8% so far for the year-to-date to underperform the S&P 500. The latest leg lower came after Netflix (NFLX) offered a much weaker-than-expected outlook on net subscriber additions, suggesting further growth for the major streaming platforms that had gotten a boost during the pandemic may be limited.

For its fiscal first quarter ended Jan. 1, Disney is expected to see that Disney+ streaming subscribers grew by about 7 million on a quarter-over-quarter basis, according to Bloomberg consensus data. This would mark an acceleration from the just 2.1 million new subscribers brought on during the prior quarter. Disney has targeted bringing on between 230 million and 260 million subscribers in total to the service by the end of fiscal 2024.

But as streaming shows signs of slowing after an earlier burst of growth while people were staying largely at home, Disney has other businesses better poised to capitalize on the reopening, some analysts suggested.

“Disney has a huge advantage over Netflix in that it can monetize its content in multiple ways, whereas Netflix only has one way to monetize content,” David Trainer, CEO of New Constructs, wrote in a note last last month. “With Disney, in addition to paying subscribers, it can monetize its content through movies, merchandise and theme parks and already has the infrastructure in place to do this successfully.” 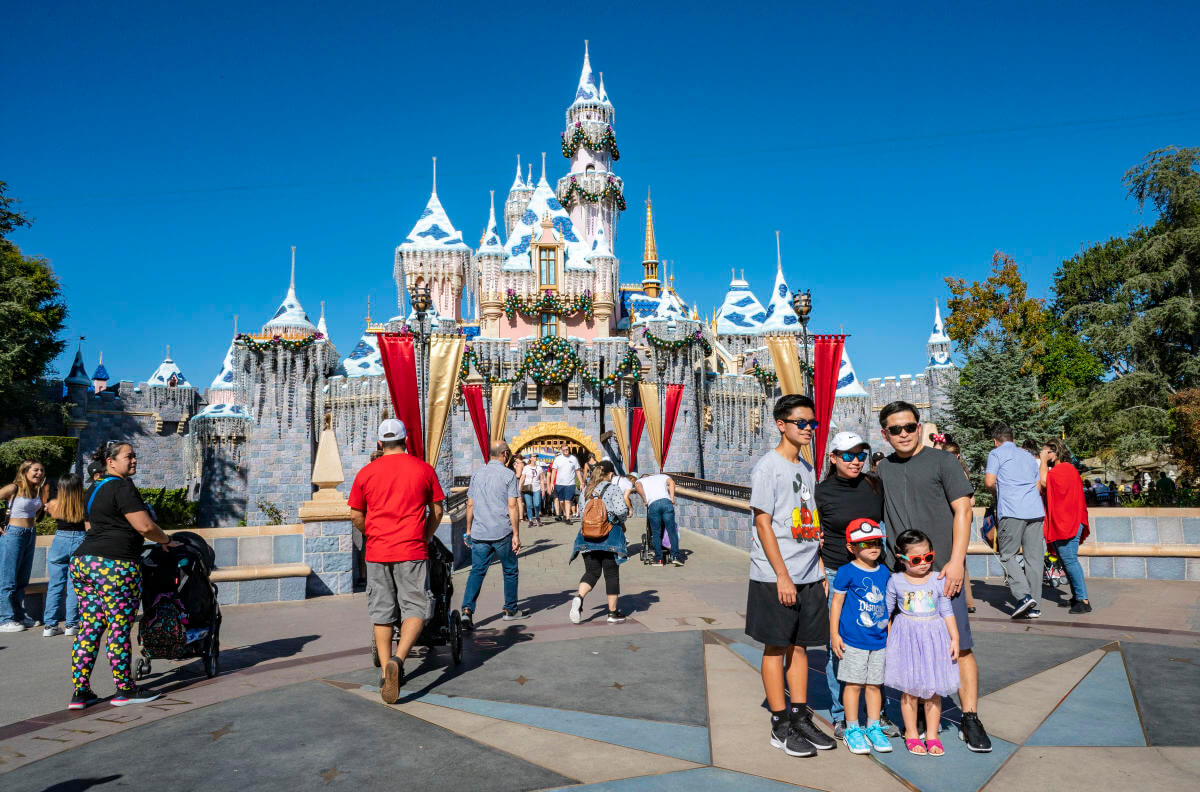 The company is expected to see its theme parks, experiences and consumer business grow sales by 72% to reach $6.2 billion as mobility picked up at live events and locations globally. However, this would still be below pre-pandemic levels from the final quarter of the 2019 calendar year, when parks and experiences revenue had totaled $7.6 billion.

The exercise bike maker is expected to report earnings after the market close on Tuesday. Investors will be paying close attention to its quarterly results after reports emerged late Friday that it was attracting potential buyers such as Amazon and Nike.

Shares of Peloton (PTON) surged 27% on the news in after market trading following the published reports.

Recently there has been chatter that Apple could also buy Peloton, which has struggled as demand for its bikes has waned since the onset of the COVID-19 pandemic. Investors have been looking for guidance on the company’s post-pandemic growth strategy. Last month, Cowen tech analyst Krish Sankar told Yahoo Finance Live that the chances of that deal happening were “low.”

Pressure has been mounting on Peloton. Last month in a scathing letter, activist Blackwells Capital, which has bought close to a 5% stake in the company, has called for its chairman, founder and CEO, John Foley, to be immediately fired. The demand follows a slew of negative headlines on the company surrounding the recall of its connected treadmill and after a Peloton bike was negatively featured in HBO’s “Sex and the City” reboot.

For its fiscal Q2 2022, Peloton is expected to report adjusted losses of $1.18 per share on revenue of $1.14 billion, according to Bloomberg consensus.