CES 2022: The biggest trends to expect from the consumer tech conference

CES 2022, one of the world’s largest technology conventions, kicks off 01/04 and runs through Thursday in Las Vegas. Much of the show will, however, take place away from the bright lights of The Strip and instead be live-streamed on laptops and desktops around the world.

The Omicron variant has upended some of the biggest exhibitors’ plans, forcing the likes of Intel, Google, and GM to host virtual press conferences rather than in-person events. The Consumer Technology Association, which runs CES, even canceled the last day of the show.

And while many participants will still participate in person, the show is unlikely to be the kind of massive tech extravaganza that you’d find prior to the pandemic.

Still, there will be an impressive array of new and interesting products on display during the COVID-shortened show, which various companies are streaming for the public. From self-driving cars and massive new TVs to smart home gadgets, the metaverse, and NFTs, CES 2022 will feature all of the latest tech has to offer. Here’s what to expect from one of the biggest tech shows of the year.

One of the biggest focuses of the show will be the ongoing electric car race. CES is as much a car show as it is a technology show, and the same can be said of this year’s pared down version of the event. In prior years automakers ranging from Hyundai to Mercedes Benz and Fisker have shown off their high-tech autos and automotive concepts, and 2022 will be no different. 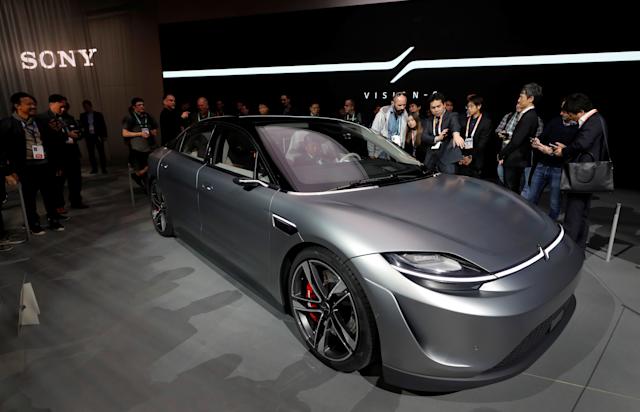 Expect to see GM (GM) roll out its highly anticipated electric Silverado pickup, which the company says will get a whopping 400 miles of range. But the Silverado is coming to market with some serious competition in the form of Ford’s (F) F-150 Lightning, which that automaker says has nearly 200,000 preorders and goes on sale this year.

There’s also the Rivian (RIVN) RT1, which should begin ending up in consumers’ driveways in March. And then there’s Tesla’s (TSLA) Cybertruck, which will begin production later this year.

Mercedes, meanwhile, debuted its new Vision EQXX concept on Monday, with a claimed 620 miles of range per charge.

It’s not just about the vehicles themselves, though. CES 2022 will also give us a look at the technology behind future cars including self-driving features that will, eventually, ensure you can get from place to place without having to even glance at the road.

Cars may be the new stars of CES, but TVs are still one of the most watched categories of products at the show. Where else can you get a look, virtually at least, at some of the most impressive sets around.

This will be the 11th CES I’ve covered throughout my career, and each one has showcased the latest and greatest TVs have to offer. 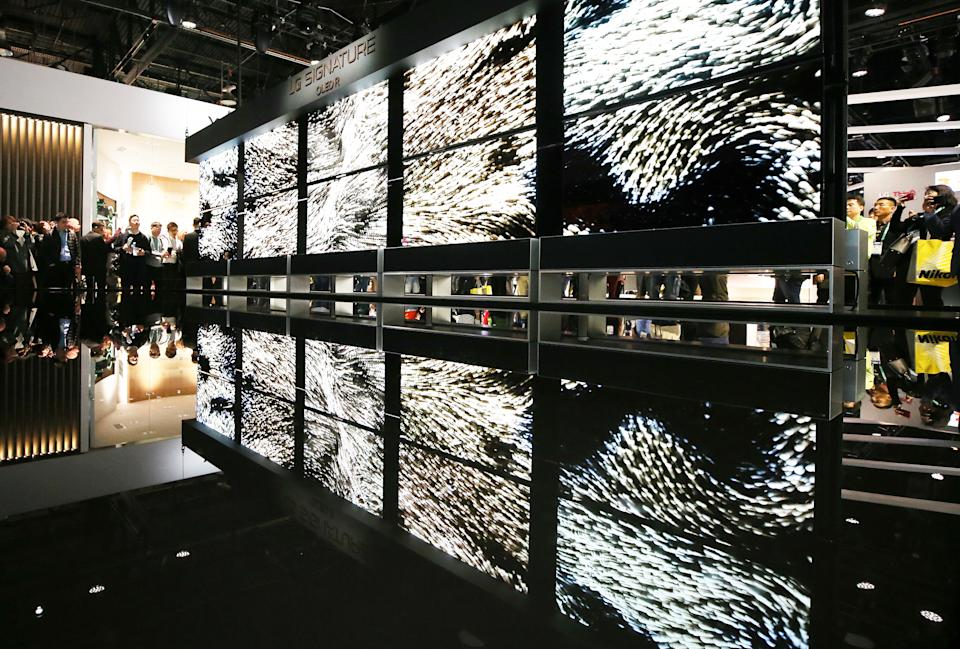 This year, you’ll see plenty of news about 8K sets, the next step up in resolution from 4K for TVs. Here’s the thing though: Unless you’re mounting a TV the size of a billboard in your home, or sitting so close your eyes are touching the screen, 8K isn’t for you. Oh, and there’s the little issue of 8K content, which is sorely lacking. Heck, we’ve only just started getting a sizable amount of 4K content.

Putting that aside, though, 2022 will give us a number of innovations from high-end, mid-range, and entry-level TV makers. Samsung has already leaked its CES news, announcing an updated version of its Frame TV with an anti-reflective matte display. The company also debuted a new battery-free remote that Samsung says can be charged via sunlight or by absorbing energy from a router’s radio waves.

Expect to hear plenty of chatter about display technologies including OLED and micro LED, both of which promise better image quality than traditional LED panels. And don’t rule out some slick new form factors. Don’t forget, LG previously debuted its rollable TV at CES, while Samsung showed off its rotating TV during prior shows.

It’s hard to imagine that Intel (INTC), AMD (AMD), Nvidia (NVDA), and Qualcomm (QCOM) will take the virtual stage at CES 2022 and not debut at least some new chips. Intel is expected to show off its latest mobile laptop chips as well as its dedicated graphics cards.

AMD is reportedly set to debut its own new graphics cards, while Nvidia could give us a look at its own beefy cards. Qualcomm could also give us a better idea of its augmented reality/virtual reality and automotive strategies too.

Gamers, for their part, should also get some good news in the form of a slew of gaming PCs and hardware that’s sure to leave players drooling.

The metaverse and NFTs

The metaverse and NFTs (non fungible tokens) became some of the most popular terms in tech, and finance, in 2021, and you can bet that will continue in 2022. Need proof? Look no further than Samsung, which announced that it is launching the world’s first TV screen-based NFT explorer that will let users search for and display their NFTs on their big screens.

You can bet that the metaverse, or at least the various visions companies have for the collection of persistent online worlds, will also be on full display during this year’s event. That could come in the form of new VR/ AR headsets or actual metaverse platforms. We’ll just have to wait and see.