Apple’s (AAPL) entrance into the “buy now, pay later” (BNPL) space earlier this month shook up a burgeoning industry — one that’s encountering massive criticism as the specter of regulation persists.

BNPL, which allows consumers to pay for products in installments, is a “rapid-growth payment method” that’s caught the attention of regulators, credit card issuers, and consumers, according to J.D. Power director of banking and payments intelligence John Cabell.

It’s also caught the attention of some younger consumers, according to Cabell.

“Younger consumers are typically more budget-oriented, and typically have more constraints… so that’s what makes them most likely to use BNPL,” he said.

Critics say that BNPL isn’t transparent about its risks, so we started asking: What do the alternative approaches to flexible fintech look like, especially for younger consumers looking to build out their financial wellbeing?

As it turns out, that emerging sphere of alternatives is diverse and includes a wide range of companies from fintech Upgrade to category-creators like credit-building company Altro and save now, buy later company Accrue. These companies are also growing, they say. For example, Upgrade currently has what it touts as America’s fastest-growing credit card, which allows consumers to borrow against their credit line and pay off their card at a fixed rate. 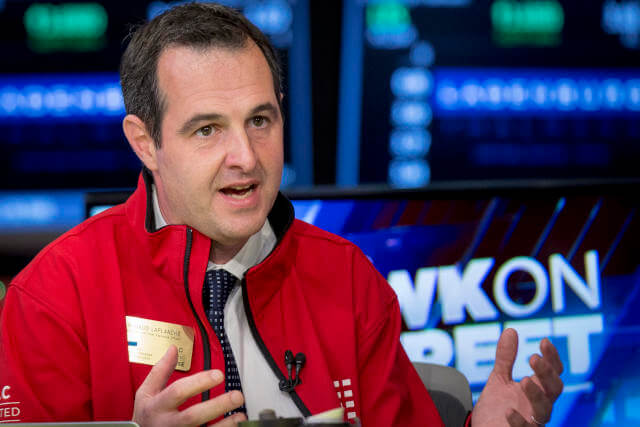 “We could have launched a very traditional sort of credit card, or something like existing BNPL products, but we decided to try to combine the benefits of the two products,” Upgrade CEO Renaud Laplanche told. “It’s pretty hard to do, since it’s something that’s never been done. There was no servicing system that could support that kind of credit card, so we had to build our own.”

Meanwhile, Jay Z-backed Altro provides a digital card that you can use for a very specific set of purchases like digital subscriptions — for instance, you can use Altro to pay your Netflix and Hulu bills — then that ties back to your credit line, boosting your credit score over time.

“We want to enable as much access as we can to the end game, so that people can go from not being banked to having a low-interest mortgage,” said Michael Broughton, Altro’s founder and CEO. “What our users want is swaying how we approach that, and we have products that are going to be dropping over the next couple months that are user-driven.”

“Credit-building shouldn’t be something that you have to pay to play,” he added.

Likewise, as Altro reimagines credit, Accrue’s model turns BNPL on its head, asking: What if you saved now instead of buying now? It’s something Americans did anyway for much of the pandemic and, though that boom has since slowed, that trend remains valuable, said Michael Hershfield, founder and CEO of Accrue.

“Americans have been saving during the pandemic,” he said. “They’re saving for furniture, travel, and their homes. It’s also this obvious and huge untapped opportunity for brands to engage with consumers over time. People are saving, so we’re not changing anything. We’re tapping into something that Americans are doing already.”

These alternatives likely have fewer critics than companies using a BNPL model; a host of regulators and lawmakers are concerned about BNPL, and how it affects consumers. For example, a group of attorneys general across the country have formed a coalition asking the Consumer Financial Protection Bureau to look into BNPL. They’re particularly worried about lenders properly disclosing repayment terms and viably underwriting.

“The buy now, pay later loan industry can be appealing to many consumers, but often times pushes them further into debt,” Massachusetts Attorney General Maura Healey told. “With my AG colleagues across the country, we want to make sure these lenders aren’t evading our laws and sticking our residents with loans they can’t pay back.” 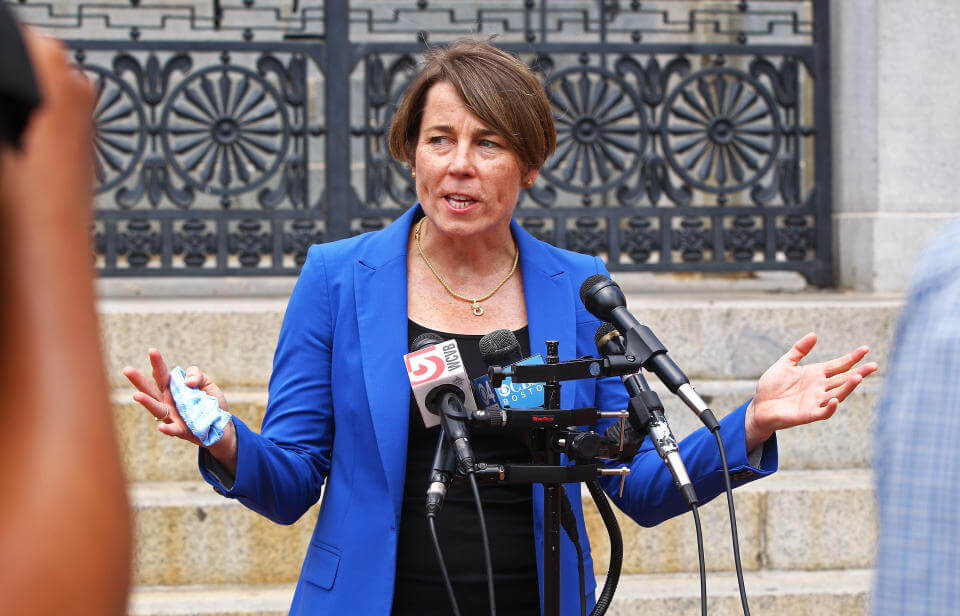 North Carolina Attorney General Josh Stein says that there’s a lot that could make a financial product predatory — including evading consumer protection laws, or acting in ways that unfairly damage consumers’ financial health. Though theoretically BNPL could hit some of these markers, there’s so much we just don’t know, he said.

“Part of why we need the CFPB to thoroughly examine this industry is so we can have a better idea of what practices may be predatory or unfair so we can protect consumers,” said Stein.

Researchers are also concerned, including Marshall Lux, a fellow at the Harvard Kennedy School. Lux’s fears tie back to transparency, complaints, and how consumers’ data is being used.

“In the fine print, it says we may report you to a credit bureau, but maybe we won’t, and it’s confusing but very enticing,” said Lux. “There’s no way to keep track, at least for now.”

The answer, to Lux and others, is regulation, which some industry leaders, including Klarna, are very open to.

“We wholeheartedly support regulation of the buy now, pay later sector which, if done well, will protect people and promote more competition, choice and mobility,” said David Sykes, Klarna Chief Commercial Officer. “Klarna is a licensed European/Swedish bank offering regulated products, and we are very comfortable operating in a regulated environment. But with many new BNPL providers now in the market, we feel that regulation is needed to raise practices across the sector to meet the high standards we set ourselves.”

For all the criticisms and concerns surrounding BNPL, the space is still growing rapidly and is deeply competitive — a reality now foisted into sharp focus by Apple’s entrance into the space.

“Every week we see a new BNPL for ‘X,’ which ranges from funerals, to weddings to plane tickets,” CoVenture Partner Brian Harwitt said. “We expect to see… eventual consolidation into the larger players, as they seek to enter new markets.” 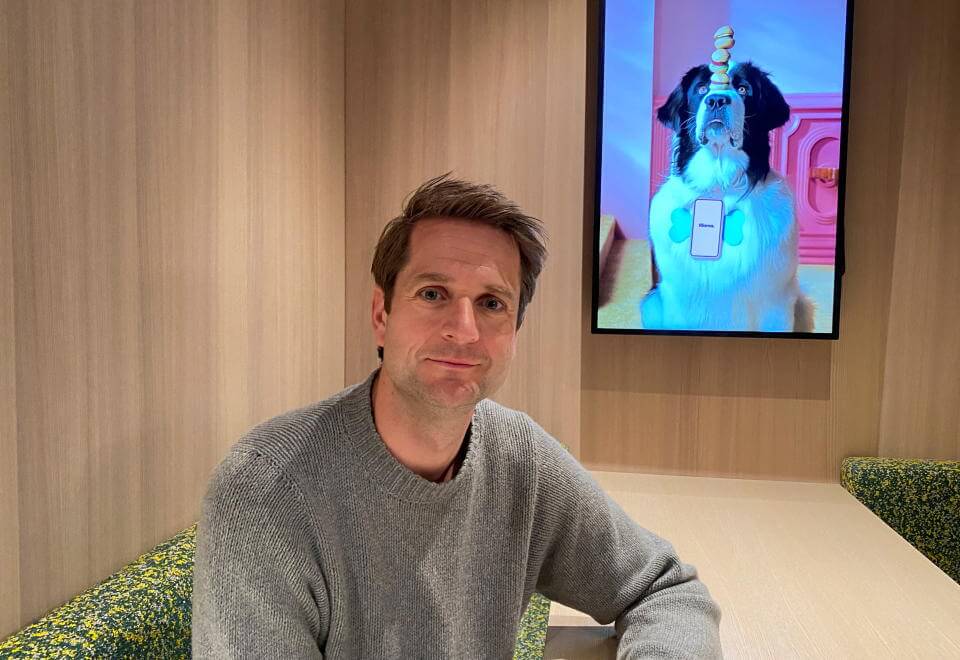 Apple seems to want to be one of those larger players.

“Apple has a tremendous advantage in the BNPL space given the omnipresence of their devices with the U.S. consumer,” Harwitt added.

Others aren’t so sure about the extent to which Apple enters the space with an advantage.

“I think we’ll have to see how big of a splash that Apple Pay Later makes,” said Laplanche. “It definitely offers another solution to customers, but that growth will likely be tied to the growth of Apple Pay, which still isn’t quite there.”

As Apple enters the space, and it grows even more crowded, that competition isn’t only in BNPL — it’s also in alternative ideas that undoubtedly will continue to proliferate.