Bitcoin hashrate, which took a hit after the China ban, has fully recovered making the network more secure.

Crypto in a snap 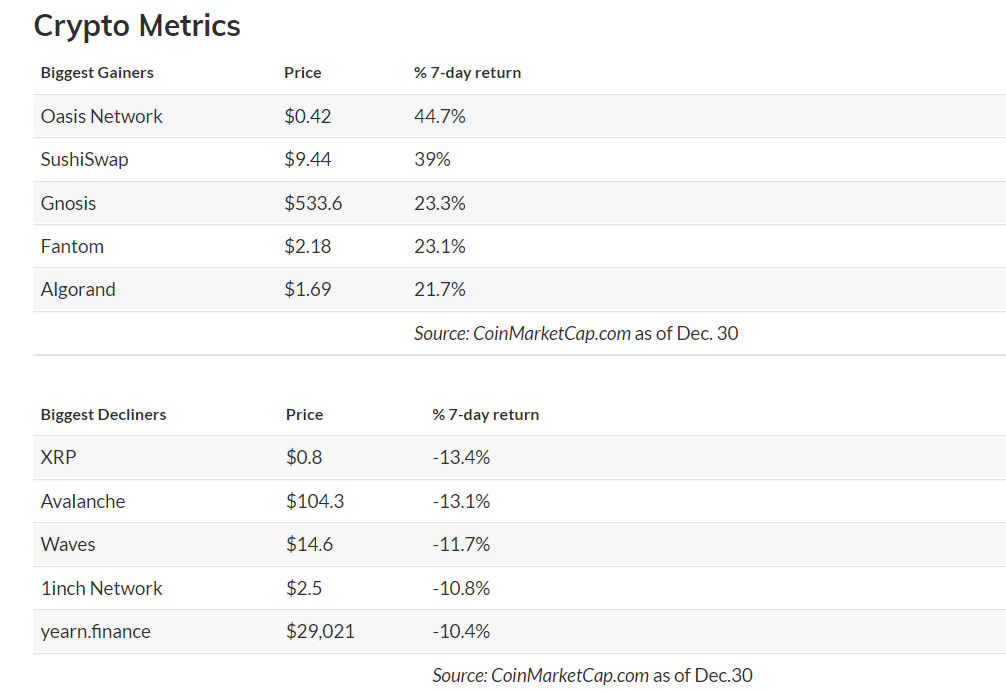 “If you look back at what bitcoin mining looked like a year ago, there were only a handful of companies that were publicly traded involved in the space,” Schumacher said. “And if you look at everyone’s market cap at that time, they’re far below what they are today.” Marathon Digital’s market capitalization rose to more than $3.5 billion from roughly $856 million at the start of the year.

However, the past year has also posted great challenges for some miners. Chicago-headquartered bitcoin miner Blockware Mining, for example, has seen delays in delivery of some equipment due to global supply chain disruptions during the pandemic. “Issues with shipping coming out of Malaysia and other places in the Far East have been extremely difficult,” Michael Stolzner, CEO of Blockware Mining, said in an interview.

“Also with building out the mining facility, we’ve had to deal with supply chain issues, from switchgear to transformers to other things,” Stolzner said.

The industry was also plagued by the China ban. After China started cracking down on crypto mining in May, Bitcoin’s hashrate, which measures the total computational power contributed to the blockchain network, fell more than 50% to about 85 EH/s on a seven-day average basis in July, according to data from Blockchain.com. A lower hashrate means the Bitcoin network is less secure and more vulnerable to attacks.

Bitcoin’s hashrate has fully recovered since then, reaching a record high of 182 EH/s in early December, as some Chinese miners migrated to other places such as the United States, Canada, and Kazakhstan, while other miners expanded their capacity.

Some industry participants said that China’s crackdown benefited some North American miners. As Chinese miners went offline in May and June, “the mining difficulty went down drastically. So the rewards of being a miner and being online were multiplied,” according to Blockware’s Stolzner.

Whit Gibbs, CEO of Compass Mining, a crypto mining marketplace, said that after the China ban, the company saw “a tremendous spike” in the amount of interest for people who want it to mine Bitcoin at data centers in the United States. “It was about a 300% month-over-month growth for Compass between June and July. So pretty significant,” Gibbs said.

As the industry sees increasing institutional participation, Marathon Digital’s Schumacher anticipates bitcoin’s hashrate will double by the end of 2022.

“That obviously means the Bitcoin network is more secure, but then for us, it also means that it’s a more competitive environment,” Schumacher said.

Compass Mining’s Gibbs expects bitcoin mining, which has long been criticized for its high energy-costs, will be increasingly environmentally friendly in 2022.

In 2022, a higher percentage of bitcoin mining will be powered by renewable energies, according to Gibbs. “Because you know, renewable power is plentiful and cheap. And those are the two most important criteria when a bitcoin miner is looking at a power source.”