Bitcoin vs. Ripple: What’s the Difference?

Bitcoin vs. Ripple: An Overview

From the outside, the cryptocurrency investing universe seems limited to bitcoin. As the most well-known cryptocurrency, bitcoin is the leader in market capitalization and overall traction with investors.

But there are several other options for those interested in diversifying their portfolio and experimenting with coins that offer a different take on the concept of digital currencies. Ripple’s XRP is one of them. In May 2022, the cryptocurrency ranked sixth in terms of total market capitalization.

Let’s take a closer look at what distinguishes XRP from Bitcoin and other top digital tokens.

Bitcoin operates on a public blockchain ledger that supports a digital currency used to facilitate payments for goods and services. The bitcoin network is based on the blockchain concept, a public ledger of verified transactions and record keeping.

Miners verify transactions on an ongoing basis and add them to the Bitcoin blockchain. In exchange for their time and the computing power necessary to validate the ledger in this way, miners are rewarded with BTC upon successfully validating transactions. 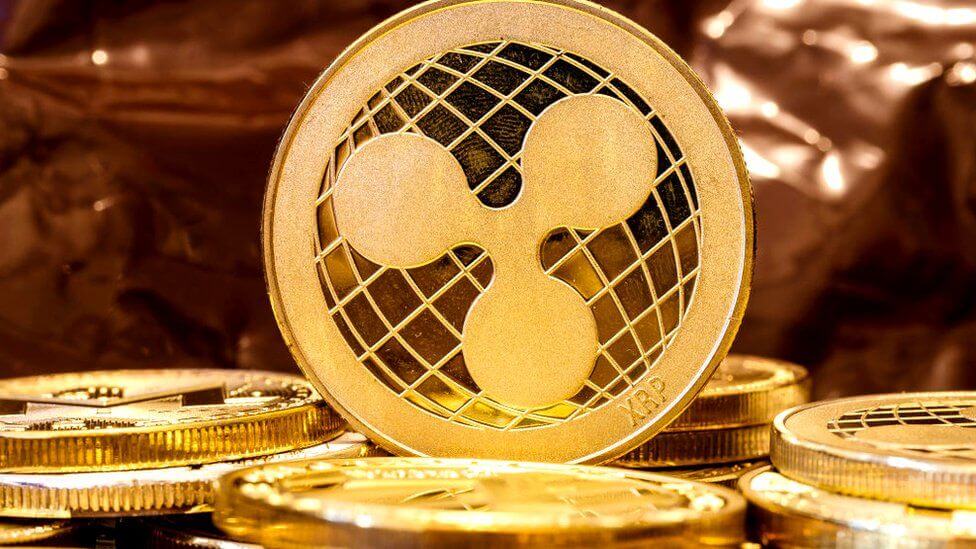 XRP is the native cryptocurrency for products developed by Ripple Labs. Its products are used for payment settlement, asset exchange, and remittance systems that work more like SWIFT, a service for international money and security transfers used by a network of banks and financial intermediaries. XRP is pre-mined and uses a less complicated method of mining as compared to Bitcoin.

The company was founded as a peer-to-peer trust network that leveraged social media. Users within a network could bypass banks and make loans and open credit lines with each other. But the network failed to take off.

In 2012, three years after Bitcoin ushered in the cryptocurrency era, Ripple changed tracks and became OpenCoin—a network for money transfers where large businesses and financial services firms acted as counterparties to transactions.

XRP, its cryptocurrency, was launched in the same year with 80 billion tokens going to the company and 20 billion to its co-founders. The purpose of XRP was to serve as an intermediate mechanism of exchange between two currencies or networks. OpenCoin became Ripple Labs in September 2013.

Ripple describes itself as a global payments network and counts major banks and financial services amongst its customers. XRP is used in its products to facilitate quick conversion between different currencies.

The main differences between Bitcoin and XRP are as follows:

Both Have Different Methods to Validate Transactions
Instead of using the blockchain mining concept, the Ripple network uses a unique distributed consensus mechanism to validate transactions in which participating nodes verify the authenticity of a transaction by conducting a poll. This enables almost instant confirmations without a central authority.

The result is that XRP remains decentralized and is faster and more reliable than many of its competitors. It also means that the XRP consensus system consumes negligible amounts of energy as compared to Bitcoin, which is considered an energy hog.

XRP Is Cheaper and Faster than Bitcoin

Due to the complicated and intensive nature of mining used in the cryptocurrency, Bitcoin transaction confirmations may take many minutes and are associated with high transaction costs. XRP transactions are confirmed within seconds and generally occur at very low costs.

Similar to the bitcoin transaction processing fee, XRP transactions are charged. Each time a transaction is performed on the Ripple network, a small amount of XRP is charged to the user (individual or organization).

XRP Has More Coins in the Market

One billion XRP were pre-mined at launch and have been released gradually into the market by its main investors. In contrast, Bitcoin’s supply is capped at 21 million, meaning there will only ever be 21 million Bitcoin in existence. BTC’s artificial scarcity has helped generate investor interest in its potential as a store of value.

Bitcoins are released and added to the network as and when miners find them. They do not adhere to a release schedule and their supply depends mostly on network speeds and difficulty of the algorithm used to mine coins.

A smart contract controls the release of XRP. Ripple planned to release a maximum of 1 billion XRP tokens each month as governed by an in-built smart contract; the current circulation is 55 billion.

Any unused portion of the XRP in a particular month will be shifted back to an escrow account. This mechanism ensures that there will be no possibility of misuse due to an oversupply of XRP cryptocoins, and it will take many years before all the cryptocoins will be available.

To understand both with real-world comparisons, below are some analogies.

Peter, living in America, visits Walmart and pays for his purchases in US dollars. He can also use his US dollars to purchase other currencies for trading and investment, like GBP or JPY, and sell them off at a later date for a profit or loss.

Bitcoin is an equivalent digital currency—an alternative to real-world US dollars, for example. Peter can make a purchase and pay for it in bitcoins, or he can purchase bitcoins for trading and investments and sell them off at a later date for profit or loss, just like trading any other fiat currency like the GBP or JPY.

If Peter in America wants to send $100 to Paul in Italy, he can do so by instructing his American bank to execute the transaction. After taking necessary charges, Peter’s American bank will issue instructions using the present-day SWIFT system that will credit Paul’s Italian bank account with the equivalent euros (or USD). This process may involve high charges at both ends and takes a certain number of days for processing.

Enter Ripple, the payment and settlement system that also has a currency, the XRP.

Upon suitable verification and authentication of the transaction by the decentralized Ripple network, Paul will receive the XRP tokens. He will have the option to convert it back to USD’s or any other currency of his choice, or even retain it as XRP tokens. The verification process is faster than those of bitcoin and traditional money transfer systems.

While Ripple works in a bit more complicated way, the above example explains its basic workings. The Ripple system scores better than the bitcoin network for its lower processing times and lower transaction charges. On the other hand, BTC is generally more widespread and better known than XRP, giving it the advantage in other ways.

Bitcoin remains a truly public system that is not owned by any single individual, authority, or government. The Ripple network, although decentralized, is owned and operated by a private company with the same name. Despite both having their unique cryptocurrency tokens, the two popular virtual systems cater to different uses.