Bitcoin (BTC) slumped to its support level of $45,000 on Wednesday morning even as on-chain data shows that overall buying activity remained positive.

The fall came amid a global selloff driven by hawkish comments from the U.S. Federal Reserve. Fed Governor Lael Brainard said curbing inflation was “paramount,” hinting at trimming the central bank’s balance sheet in May. This led to a selloff in the market as investors feared a restrictive environment could lead to an economic downturn.

Weakness in the top cryptocurrency led to a broader fall in the crypto market. In the past 24 hours, ether (ETH), Solana’s SOL, and XRP fell 5%, while Avalanche’s AVAX and Polkadot’s DOT fell over 6%. Dogecoin’s DOGE was the only gainer among majors, buoyed by optimism around Elon Musk’s appointment to the board of social media platform Twitter (TWTR), which is being viewed as a positive sign for the memecoin. 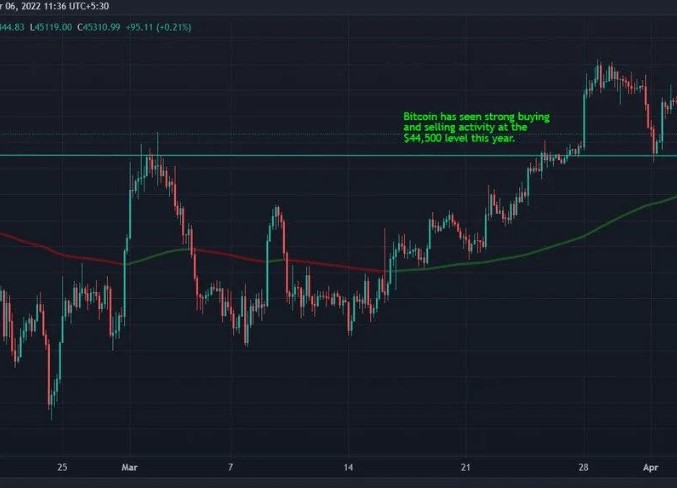 Buying activity on bitcoin continued to rise on institutional demand even as price action remained volatile over the past few weeks, analytics firm Glassnode pointed out in a note this week. 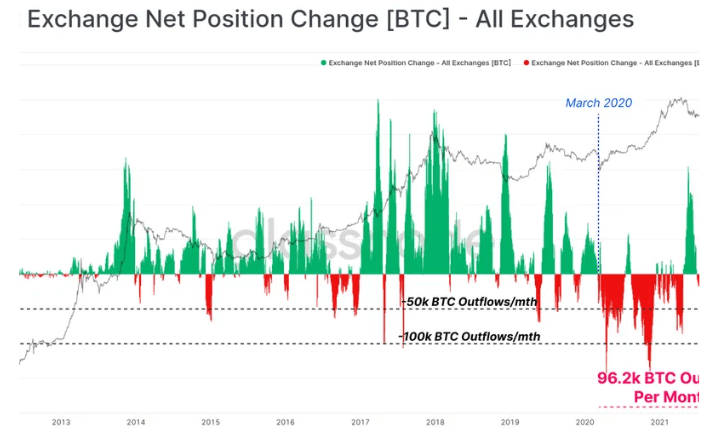 Over in Canada, Bitcoin ETF products continued to see inflows with total holdings increasing by 6,594 bitcoin – over $300 million at current prices – since January 2022, as per Glassnode. Canadian ETFs now hold some 69,052 bitcoin.

ETFs, or exchange-traded funds, are a type of pooled investment security that can be traded on exchanges similar to stocks, but without investors owning the underlying asset. Some said ETF demand came on the back of political tensions in Eastern Europe, such as the ongoing Russia-Ukraine war.

“The growth in the influx is evidence of the growing trust in the capabilities of Bitcoin,” said Alexander Mamasidikov, co-founder of digital bank MinePlex, in a Telegram message. “The continuous growth of the Canadian ETF products is evidence of how popular bitcoin ETFs can be and the positive outlook is bound to draw more investors’ funds into the digital currency to help maintain price stability or chart a mild growth in the near term.”

Others say bitcoin demand would only continue as legitimate products, such as ETFs, gain further popularity.

“Having an ETF with Bitcoin as the underlying asset will definitely boost confidence for investments,” said Claudiu Minea, co-founder of blockchain crowdfunding platform SeedOn. “This might have a positive impact on the most skeptical investors, that might have considered cryptocurrencies a poor investment.”

“Many public companies such as Microstrategy or Tesla already own a considerable Bitcoin portfolio, while others are looking into diversifying their portfolio to include cryptocurrencies as well,” Minea added.