The Federal Reserve’s surprisingly hawkish policy turn has had a surprise beneficiary: Cryptocurrencies.

Digital coins extended gains on Thursday after the Fed stepped up its taper, and laid the foundation for a tightening cycle that could bring as many as three rate hikes in 2022. Normally, cryptocurrency benefits from loose monetary policy and its inflationary side-effects; but at least for now, investors are taking the longer view.

Bitcoin (BTC-USD), barely a week removed from an ugly selloff that dragged it below $50,000, rallied by over 2% on the day.

It’s been a rough fall for cryptocurrencies, even as the introduction of Bitcoin exchange-traded funds (ETFs) lure in smaller investors. In recent weeks, the value of the asset class has plummeted by more than $700 billion from almost $3 trillion to $2.15 according to Coinmarketcap.

Fears over the Fed’s policy and the Omicron variant of COVID-19 have contributed to a volatile tone in markets, with crypto trading in tandem with risk-sensitive stocks.

That includes billions that have flooded into crypto derivatives. Open interest on BTC futures is down by $10 billion since October, but still more than twice as high as the $8 billion it saw a year ago, according to data from The Block.

Braced for the worst, getting the best 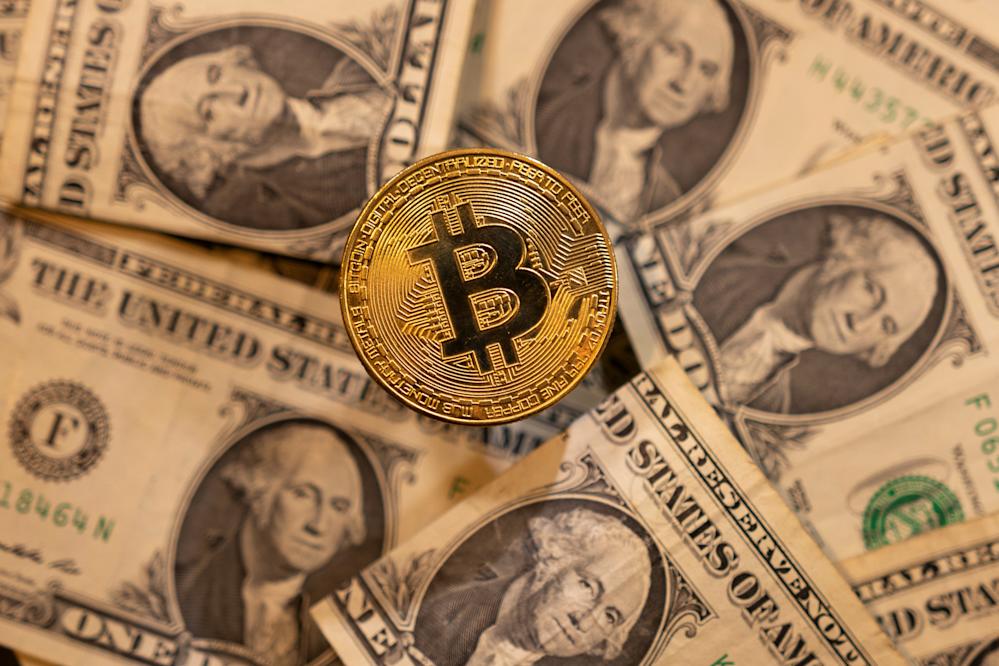 Though the Fed’s policy shift signals a less desirable environment for growth-minded investors, it did “exactly what was expected” by quelling short-term inflation fears, according to Jon Wolfenbarger, market analyst and CEO of Bull and Bear Profits, an investing service. That created a buying opportunity, he added.

“People were bracing for something worse and because that didn’t happen, investors are relieved and we’re seeing a relief rally in stocks and crypto. But one day or a few days doesn’t mean much,” Wolfenbarger pointed out.

Trending lower since November, cryptocurrencies corrected in a big way early this month when large derivatives positions liquidated en masse. Bitcoin has yet to fully recover, consistently running into resistance around $50,000.

Even worse, the Bitcoin Fear and Greed Index — which measures investor sentiment like volatility, social media and trading volume — points to a fearful, even bearish market, but some of that has dissipated after the Fed.

“Anything less aggressive than what is expected sends bitcoin higher,” Hasegawa told.

“The playbook for the next several months is that risk appetite could remain in place if the Fed only has to deliver only a few rate hikes next year, which would be great news for cryptos,” said Moya.

Profit taking, especially for tax preparation, also played against the bullish buyers of the asset class over the last month.

Andrew Gordon, an attorney and CPA with Gordon Law, told that his clients are both selling at a gain to avoid paying higher taxes next year — and selling at a loss to offset their overall tax burden, especially when it comes to non-fungible tokens (NFTs).

However, a few bulls, like cryptocurrency trader Philip Swift, remain optimistic based on other factors.

“We are actually seeing growth in Bitcoin active addresses outpace price growth. So on a relative basis, the network is growing despite the weak recent price action. This is bullish as it indicates the network is healthy,” Swift told  via Twitter.

“We’re pushed out to the middle or back half of 2022. So I don’t think that rates are really going to have a near term effect on asset prices,” LaValle added.