Big Tech earnings, PCE inflation: What to know this week

Wall Street heads into a busy week Monday with earnings results from mega cap tech giants and the latest inflation print out of Washington in the queue.

Traders will also get a fresh read on the personal expenditures index (the Federal Reserve’s most closely-monitored inflation print) Friday, just as market expectations for a more aggressive, faster rate hike cycle rise.

One-fifth of companies in the S&P 500 have reported results for the first quarter so far, with 79% reflecting an earnings beat for the period – above the five-year average of 77%, according to the latest data from FactSet. The magnitude of the upside surprise, however, is below the five-year average: 8.1%, compared to 8.9%.

“The lower earnings growth rate for Q1 2022 relative to recent quarters can be attributed to both a difficult comparison to unusually high earnings growth in Q1 2021 and continuing macroeconomic headwind,” FactSet Senior Earnings Analyst John Butters said in a note.

For a third straight week, U.S. equity markets finished lower as the war in Ukraine and renewed worries about inflation weighed on investor sentiment. A steep sell-off late last week that intensified onFriday was spurred by remarks from Fed Chair Jerome Powell at a panel hosted by the International Monetary Fund signaling a 50-basis point rate increase was “on the table” for May 4, when the U.S. central bank holds its next policy-setting meeting.

“The combination of Jerome Powell’s comments and some disappointing earnings news was too much for investors to handle heading into the weekend,” Comerica Wealth Management Chief Investment Officer John Lynch said in emailed commentary. “Moreover, market-based breakeven inflation expectations are climbing, providing a more powerful statement on the potential for persistent pricing pressures than headlines have been suggesting.” 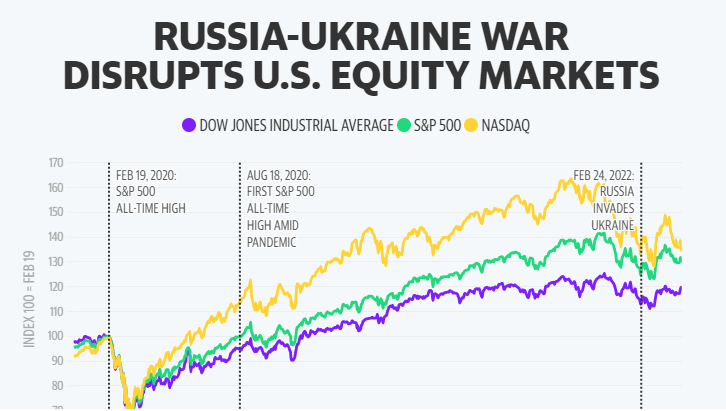 With inflation running at its fastest rate in decades, Federal Reserve officials have been changing their tune on how aggressively the central bank will act to rein in soaring prices.

“The challenge that we’re dealing with is that inflation expectations keep going up,” Invesco Global Market Strategist Brian Levitt told on Friday. “The Fed has to move.”

One of the policymakers who has signaled the likelihood officials will take a more combative approach is San Francisco Fed President Mary Daly, who told on Thursday that she will support raising the target federal funds rate by 0.50% at the conclusion of the next policy-setting meeting next month. The Fed has not moved to raise interest rates in increments larger than 0.25% since 2000.

“I like to think of it as expeditiously marching towards neutral,” Daly said. “It’s clear the economy doesn’t need the accommodation we’re providing.”

The swift shift in monetary policy has rattled equity markets, pounding market-leading technology and growth stocks the hardest amid worries higher rates will put a dent in valuations and future cash flows. Given the beating this sector has beared, this week’s earnings lineup will be particularly consequential for investors.

First on the docket are Microsoft and Alphabet, with results due out after the bell on Tuesday. Microsoft’s earnings picture appears positive among analysts, who are projecting a consensus EPS estimate of $2.19, according to Bloomberg data.

In the prior reporting period, the tech behemoth topped forecasts at $2.48 versus $2.31 expected by analysts. Stock watchers will keep a close eye on how the war has impacted the company’s all-important cloud-computing business.

“During calls with numerous partners across the Microsoft and broader software ecosystem, we have not noted any war prompted spending slowdown across Europe more broadly,” Bank of America said in a recent note, though adding it has lowered revenue expectations to account for any potential geopolitical impact.

Analysts surveyed by Bloomberg expect Alphabet to report EPS of $25.74. Last quarter, the Google parent company beat analysts’ expectations across the board and reported a revenue jump of 34% year-over-year.

“Google parent, Alphabet, is an advertising powerhouse, and despite the other projects and divisions, this won’t have changed,” Sophie Lund-Yates, an equity analyst at Hargreaves Lansdown said in a note. “Ad revenues are slated to rise close to 23% in the first quarter, and any disappointment on that front won’t be well received,”

“An inflationary environment means companies are likely to be looking to save on costs, and digital advertising is cheaper than TV ads or billboards, so this may well be acting as a tailwind,” she added. “Apart from this, watching out for progress on Cloud profitability is key. This is an exciting growth driver, and progress should be showing.” 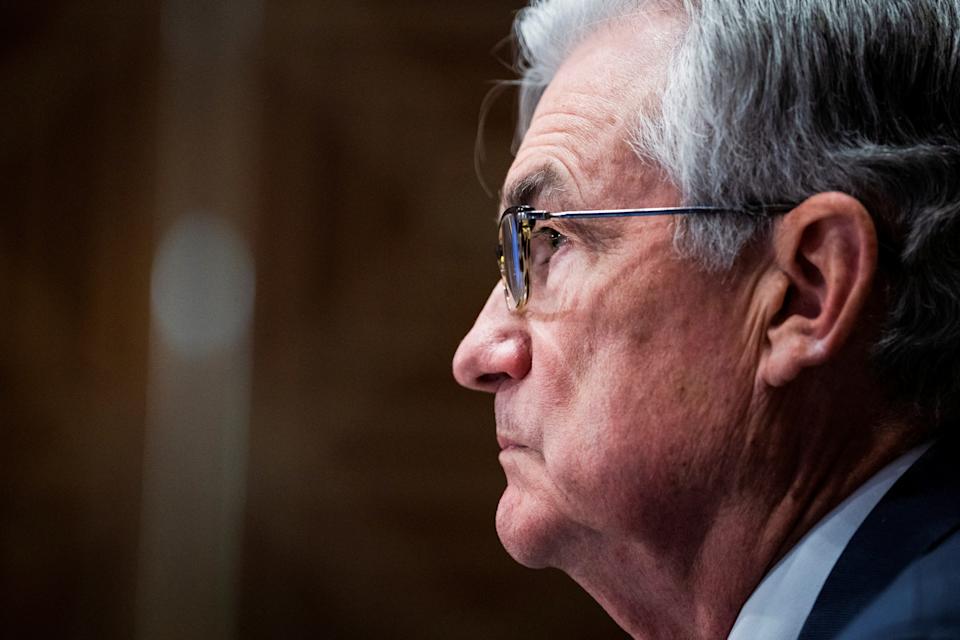 Facebook parent company Meta is expected to show another challenging quarter when it reports Wednesday. This comes after the company experienced the biggest single-day wipeout in market history, erasing a record $230 in market value following a report of its first-ever drop in daily user numbers in February. Analysts are looking for EPS to come in at $2.59, per Bloomberg data.

When iPhone titan Apple releases its results on Thursday, investors will be focused on how the company has fared amid a backdrop of supply chain disruptions – particularly with the latest wave of COVID lockdowns in China. Bloomberg analysts are looking EPS of $1.42.

“Heading into the quarter, we see some near-term risk from COVID-related shutdowns in China and lower App Store sales,” BofA analysts said in a recent research note. “However, we continue to view Apple as a long-term winner and believe shares have more room to rerate higher as we see significant catalysts including the opportunity to better monetize its installed base, advertising related revenue growth, opportunity in augmented/virtual Reality and long-term growth in services.”

Rounding out a tech-heavy earnings week will be Amazon, which posts first quarter results along with Apple Thursday after market close, with the Bloomberg consensus EPS estimate at $8.37.

Analysts at Bank of America in a recent note said Amazon remains the financial institution’s top FANG stock for 2022 on the strength of its cloud business AWS and opportunity to improve margins from trailing 12-month lows, also reiterating its Buy rating on the stock. 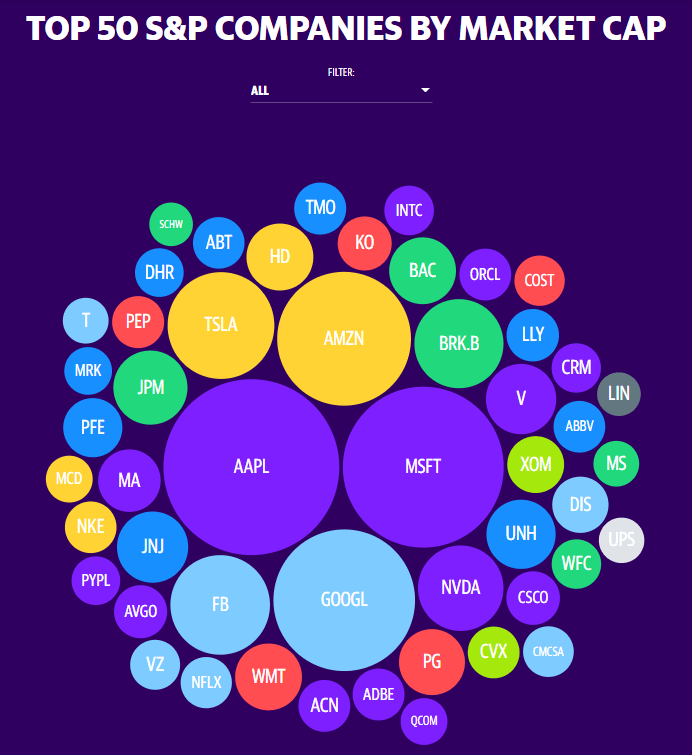 On the economic data front, the Bureau of Economic Analysis is scheduled to release a fresh read on its monthly personal consumption expenditures (PCE) index on Friday. The measure is another gauge of how quickly prices are increasing across the country. Consensus economists expect the PCE to post another monthly climb of 0.9% in March, according to Bloomberg data,

This would mark the 16th consecutive monthly increase and bring the index up by 6.7% on a year-over-year basis.

“Supply chain pressures and labor tightness will keep inflation elevated in the near term, while policy normalization and some reversal of spikes cools things off over time,” economists at bank of America said.