Big Tech earnings and GDP data: What to know this week

Wall Street is in for a hectic last week of October as some of the market’s most heavily-weighted companies report financial results and the government releases its quarterly scorecard of the U.S. economy’s health.

On the earnings front, tech giants Microsoft (MSFT), Alphabet (GOOGL), Meta Platforms (FB), Apple (AAPL), and Amazon (AMZN) – which alone represent roughly a quarter of the S&P 500 index – will be the most closely watched names of the earnings season among 165 corporations scheduled to release figures.

A bevy of economic reports will also keep investors busy, with a preliminary reading of third-quarter gross domestic product (GDP) due out Thursday taking top billing. Economists expect the advance estimate to show the U.S. economy grew at an annualized pace of 2.3% last quarter after back-to-back contractions in Q1 and Q2, per consensus estimates from Bloomberg.

Earnings that have so far come in better-than-feared helped power the major averages toward weekly gains of roughly 5% for each index on Friday, the best five-day performance since June for the S&P 500, Dow, and Nasdaq. Fedspeak that signaled officials may discuss slowing the magnitude of interest rate hikes at the end of this year also stoked optimism among investors.

For this quarter, the number of S&P 500 reporting positive earnings surprises and the magnitude of those estimate beats remain below their 5-year and 10-year averages, according to data from FactSet Research. But the earnings growth rate for the third quarter has improved in the past week compared to the prior.

Earnings from tech heavyweights Tesla (TSLA) and Snap (SNAP) didn’t leave much hope that their sector peers may continue that trend in the week ahead, with Tesla’s revenue disappointing analysts and Snap unveiling its smallest revenue increase since its 2017 IPO. 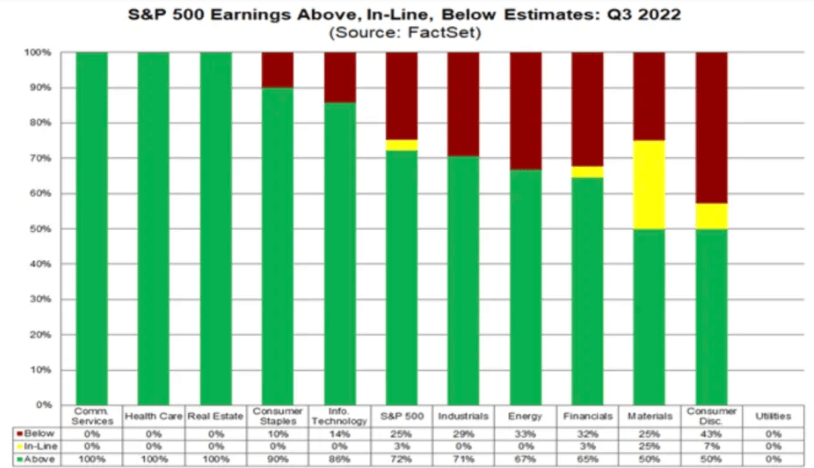 On Tuesday, Google parent company Alphabet will be the first of technology behemoths to report. Analysts have warned that macro issues such as negative currency headwinds are likely to drive down growth rates for the companies, along with others in the mega-cap tech lineup.

Strength in the U.S. dollar has hit companies hard, with strategists at Citigroup estimating that the greenback’s 10% bump will cut $15 to $20 from S&P 500 earnings per share. The dollar index has surged more than 17% against a basket of other currencies, including the euro and the yen. For U.S. companies, this means that any revenues from overseas will be reduced when converted back to dollars.

That headwind is expected to show up in Amazon’s results on Thursday, given that roughly 30% of the e-commerce conglomerate’s revenues internationally derived, per estimates from CFRA research. Same goes for Microsoft, with analysts at Goldman Sachs warning that “foreign exchange headwinds continue to be overhangs” even as demand is likely to remain healthy across commercial offerings from the company for its PCs and cloud services. 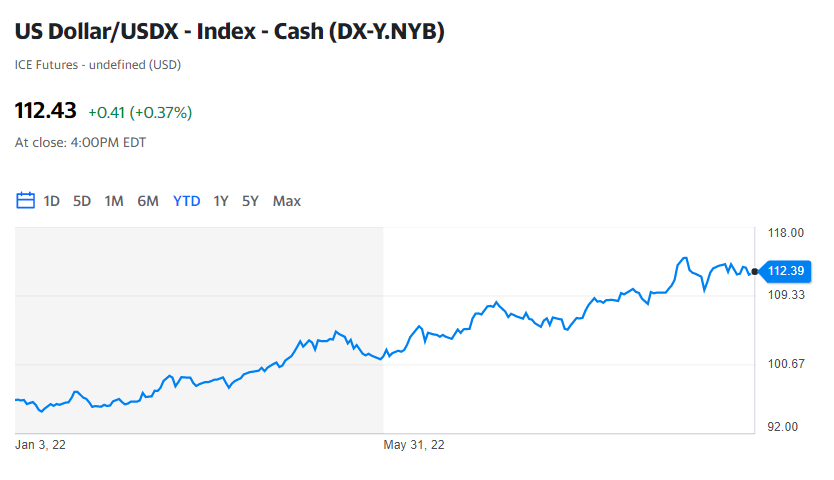 For Apple, momentum in iPhone demand will be one of the biggest factors monitored by stock-watchers. Morgan Stanley analyst Erik Woodring in a recent note predicted “demand has held up better than expected in recent months.”

Meta and Twitter (TWTR) will also report on Wednesday and Thursday, respectively, as part of tech’s 72-hour earnings rollout.

In economic data, GDP data is expected to show the U.S. economy grew last quarter after two straight negative quarterly readings – which met the textbook definition of a recession, even as the government said the NBER’s panel of economists must officially declare a recession. 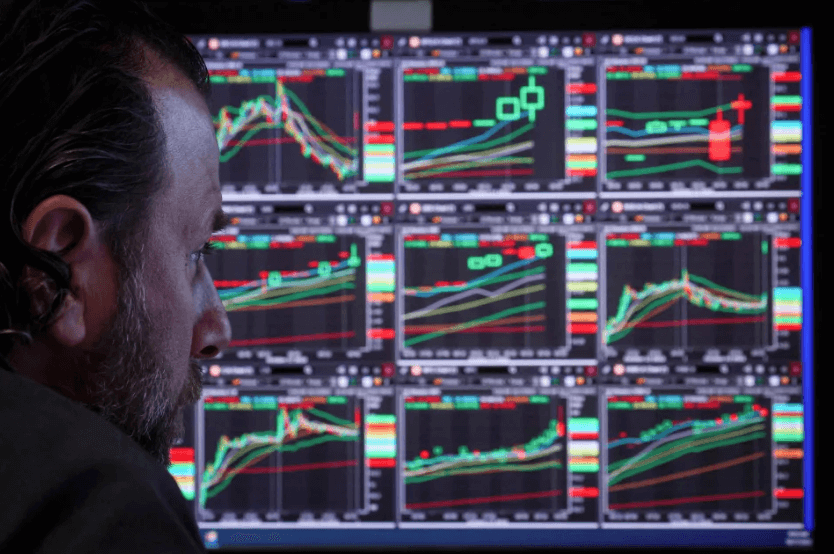 According to Pantheon Economics’ Chief Economist Ian Shepherdson, the anticipated rebound in GDP, the broadest measure of economic activity, is attributed to a comeback in net exports, correction from plunges in the first and second quarters, and technical factors lifting the inventory numbers.

“But the outlook for the first half of next year has materially darkened, and the chance of a brief recession has increased, thanks to the substantial and broad tightening of financial conditions,” Shepherdson added, citing higher rates across the curve, widening corporate spreads, falling stock prices, the emerging rollover in home prices, and the strong dollar.