Bear market, GDP, and Davos: What to watch this week

The global business elite will gather in the mountains of Davos, Switzerland this week amid a backdrop of turbulent markets and an uncertain economic outlook.

For the first time in over two years, CEOs, politicians, and billionaires are set to congregate at the World Economic Forum following a pandemic-induced hiatus. Russia’s war in Ukraine, the COVID-19 pandemic, and worries of economic gloom will be among the key topics discussed, as the world’s top leaders face the most uncertain outlook for global cooperation in years.

A top-of-mind issue for many Davos attendees will no doubt be recent turbulence in financial markets, as the S&P 500 just completed its seventh consecutive week of losses, the longest streak since 2001. The benchmark index has fallen seven weeks in a row only twice since 1980, according to market data. 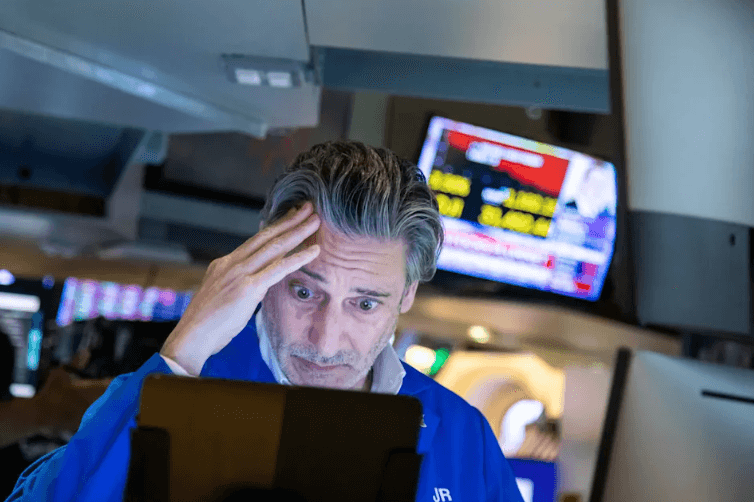 On the economic front, minutes from the Federal Reserve’s May 4 meeting are set for release on Wednesday, and are expected to give investors a better picture of where policymakers see interest rates headed in 2022. Uncertainty around the pace and magnitude of the Federal Reserve’s rate hiking cycle has pressured equity markets, with investors bracing for an economic slowdown as signs emerge that inflation is becoming entrenched in pockets of the economy.

A rash of U.S. economic data will also be closely watched by traders, particularly Thursday’s second estimate of first quarter GDP growth. The nation’s gross domestic product – the broadest measure of economic activity – contracted at an annualized rate of 1.4% between January and March as lingering supply chain imbalances, inflation, and disruptions from war in Eastern Europe weighed on growth. The updated estimate is expected to show a revised contraction of 1.3%, according to Bloomberg estimates.

Elsewhere on the economic calendar, the Bureau of Economic Analysis is scheduled to release a fresh read on its monthly personal consumption expenditures (PCE). PCE, the Federal Reserve’s preferred inflation measure, will offer markets the latest look at how quickly prices are increasing across the country. Economists expect PCE to slightly abate, registering a monthly climb of 0.2% in April, down from last month’s reading of 0.9%, according to Bloomberg data. The reading would still mark the 17th consecutive monthly increase and mark a 6.2% increase in the index compared to last year.

Corporate earnings also remain in focus after big box retailers Walmart (WMT) and Target (TGT) spooked investors last week, as the retailers cut forecasts and told investors their inventory channels had become bloated. Target erased a quarter of its market value, and Walmart shares fell 20% – the biggest declines since the 1987 crash. The companies also dragged down the overall retail sector along with them — the SPDR S&P Retail ETF (XRT) fell over 9% last week. 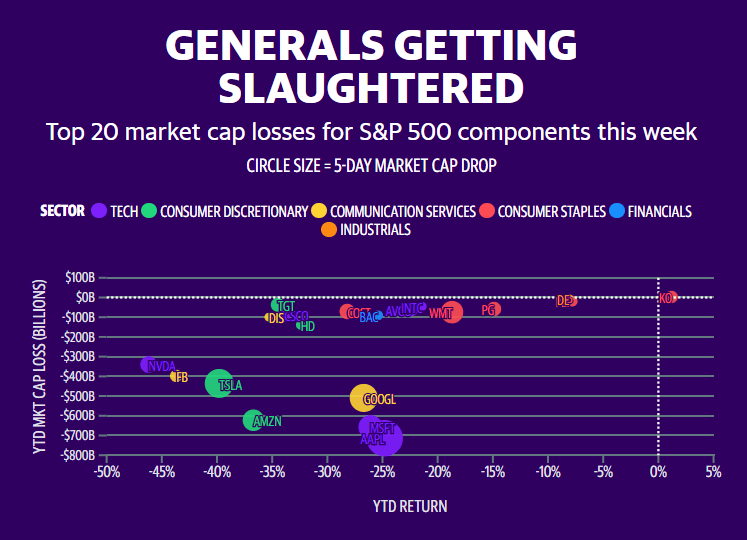 “Investors have been struggling with the three ‘Cs’ so far this year: central banks, conflict in Ukraine, and China’s recurring shutdowns,” Brian Jacobsen, senior investment strategist at Allspring Global Investments said. “This past week we had to add another ‘C,’ compressing profit margins from big retailers.”

“There was bound to be some payback from the pandemic-induced profit surge a lot of companies experienced, but that payback might be bigger than originally thought,” Jacobsen noted. “Businesses have to deal with higher input costs, consumers crimped by high prices, and shifting spending patterns.”

Reports from more retailers are underway next week, with results due out from names including Macy’s (M), Dick’s Sporting Goods (DKS), and Ulta Beauty (ULTA). The results are likely to provide more clarity to investors on the state of U.S. consumers and resilience of corporate profits in the face of persistent inflation.

“Unfortunately there’s no safe haven,” ER Shares chief operating officer Eva Ados told. “When we see the news that came out of consumer discretionary and staples, that shows the struggles that companies have regardless of their size, and ironically, these are the sectors – staples and consumer discretionary – that are viewed as safe havens in a bad economic market.”

A lackluster earnings season is winding down. S&P 500 companies reporting results for the first quarter have seen the largest negative price reaction to positive earnings per share surprises since 2011, according to data from FactSet.

As of Friday, 95% of the companies in the S&P 500 have reported earnings for the first quarter, with 77% reflecting actual earnings per share above the mean EPS estimate. However, companies that have reported positive earnings surprises have seen an average price decrease of 0.5% two days before the earnings release through two days after the earnings release, per FactSet. This percentage decrease is well below the five-year average price increase of 0.8% during this same window for companies reporting positive earnings surprises.