Banks will kick off earnings season this week, with first-quarter results due out from a lineup of industry heavyweights led by JPMorgan Chase on Wednesday.

The latest quarterly figures are expected to preface a lackluster year for bank profits despite the lift anticipated from higher interest rates. According to projections compiled by S&P Global Market Intelligence, U.S. bank earnings will fall by more than 8% in 2022 from last year, namely as the financial boost from releasing reserves that padded profits in 2021 winds down.

Bank balance sheets benefited last year from the release of COVID-era credit loss allowances, reserves financial institutions accumulated at the start of the pandemic to absorb the potential shock of borrowers being unable to pay their debts. As the economy recovered and losses proved less severe than expected, big banks began to release those reserves, giving their earnings a meaningful boost.

In the third quarter of 2021, for example, JPMorgan Chase (JPM), the biggest U.S. bank, saw quarterly revenue jump by more than $2 billion as it continued to release reserves previously set aside for possible loan defaults during the pandemic. The mega bank blew analyst forecasts to report a profit of $11.69 billion, which without $2.1 billion in reserve releases would have been $9.59 billion — largely unchanged from the prior year. 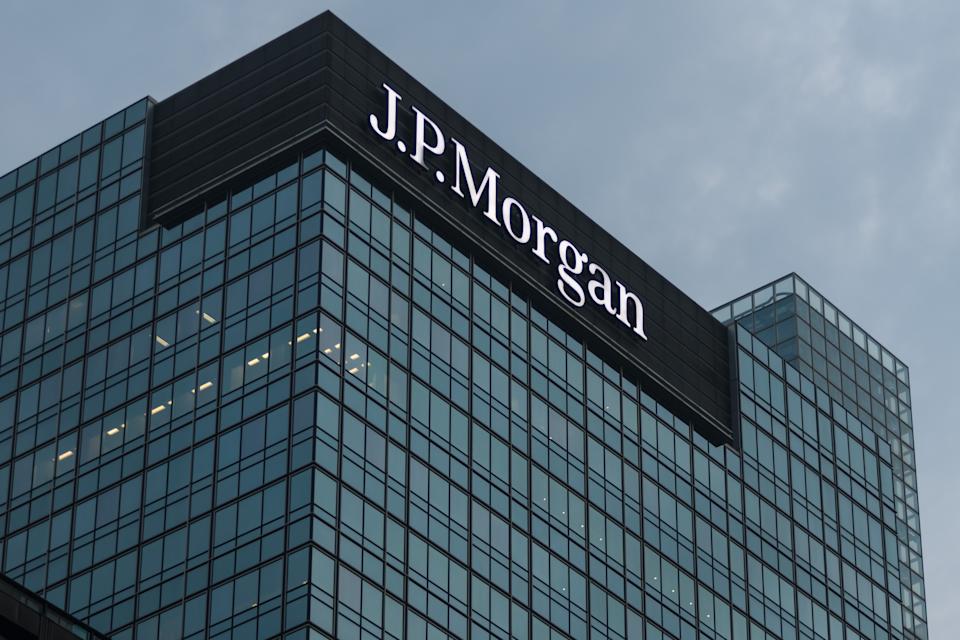 “We’re not going to get that same juice this year, and higher rates definitely help, but not enough to match that performance,” Stovall said. “Throughout 2021, you saw reserves steadily decline, and as they fell, those decreases hit the bottom line.”

A backdrop of higher interest rates is set to increase banks’ net interest income (the bank’s earnings on its lending activities and interest it pays to depositors) and net interest margins (calculated by dividing net interest income by the average income earned from interest-producing assets.) However, the boost may not be enough to match the tailwind that reserve releases provided to bank earnings last year, when reserves fell by $58.1 billion from 2020 levels, according to S&P Global.

Additionally, “mountains” of excess liquidity accumulated through a surge in consumer deposits during the pandemic, especially as loan activity remains tepid, is expected to continue to pressure bank revenues — particularly for commercial banks, where the extra cash resides in low-interest accounts and places a drag on net interest margins. Although S&P Global Market Intelligence expects a pickup in loan growth, which will allow banks to deploy some of the estimated $4 trillion in excess liquidity and improve margins, even if liquidity decreases in 2022, 2023, and 2024 as the firm expects, excess liquidity will remain above $3 trillion. 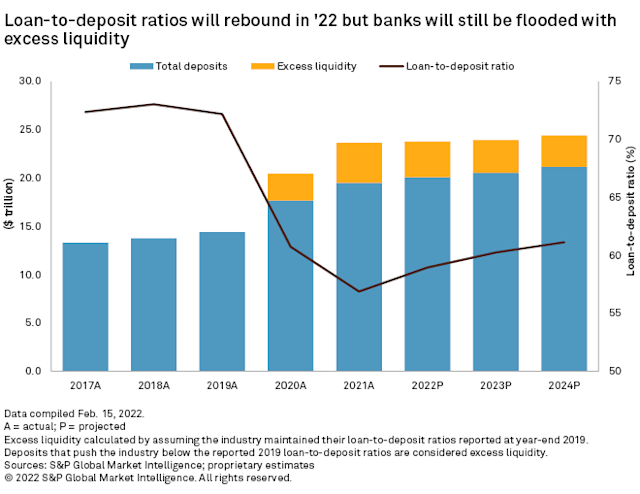 “Even if you had just unprecedented loan growth over the next few years, you wouldn’t return to a pre-pandemic level, in terms of the loan-to-deposit ratio,” Stovall told.

With interest rate increases and the Federal Reserve scaling back its nearly $9 trillion balance sheet, S&P Global Market Intelligence projects bank margins to expand by 21 basis points in 2022 to 2.69%, but the figure is likely to return to pre-pandemic levels in excess of 3.30% until 2026.

While the Fed’s monetary tightening is expected to improve bank’s net interest margins and loan growth is poised to improve, the margin boosts won’t be enough to offset the pressure of excess liquidity or the fading benefit of reserve releases on revenue — and bank earnings are expected to decline in 2022 as a result.

For most of the industry, however, the projected earnings growth and resultant returns will be seen as favorable by the industry, according to Stovall.