Audi unveils new EV aims with the A6 Avant e-tron

Amid the war in Ukraine, Volkswagen’s (VWAGY) Audi Group detailed its path forward at its annual media event (held virtually this year) — as best it could given the ongoing conflict.

“This war has … impacted our business,” Audi CEO Markus Duesmann said in a statement. “Volkswagen Group has stopped production in and export activities to Russia. A task force is working on reducing supply bottlenecks and maximizing supply security.”

Audi was unable to say at this point how delivery volumes and production would be affected by the Ukraine-Russia crisis.

“We will see tremendous interference with our supply chains,” Hildegard Wortmann, member of the board of management of AUDI AG for marketing and sales, said during a session with journalists following the presentation. “We are doubling up on facilities across the globe where we can.” 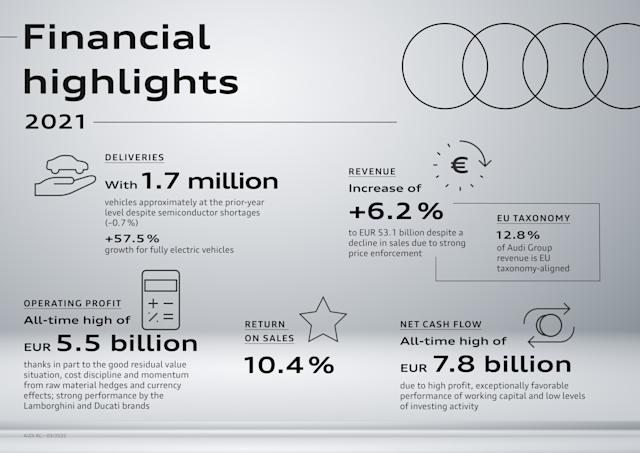 As with other European automakers, Audi is off to a rocky start in 2022, but its strong 2021 has put the German luxury brand — which also holds Bentley, Lamborghini, and Ducati in its portfolio — in a solid position nonetheless.

The Audi brand delivered 1.68 million vehicles last year, 0.7% lower than 2020 despite the ongoing component and semiconductor shortage. However, revenue for the group was up 6.2%, at 53 million euros, and operating profit hit a new all-time high of nearly 5.5 billion euros.

In 2022, the group expects deliveries of between 1.8 to 1.9 million vehicles. Audi is forecasting revenue in the 62 billion and 65 billion euro range, while operating return on sales (similar to operating margin) is expected to be between 95-11%. 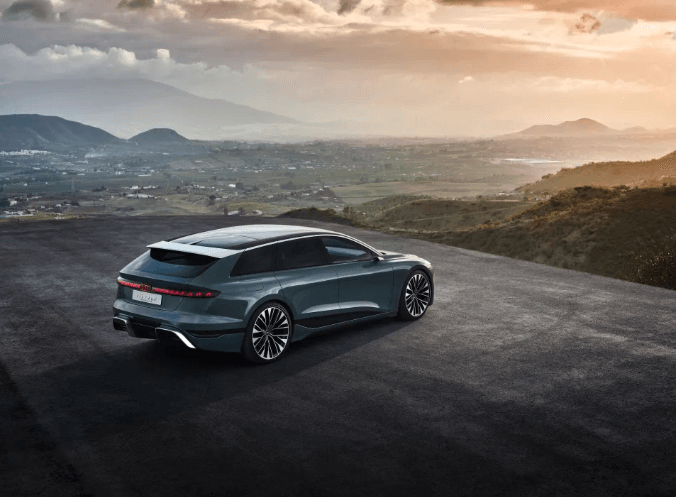 Looking ahead, starting in 2026 Audi says it will only launch fully electric models worldwide and plans to have more than 20 battery-electric models on sale by that time.

“E-mobility is by far the most efficient way to defossilize,” Duesmann said. “This is why we are expanding our portfolio to over 20 models by 2026.”

“Electrification is the most effective way of decarbonization,” Wortmann reiterated in the media briefing.

And then, right on cue, Audi unveiled its latest EV creation — the Audi A6 Avant e-tron concept. The Avant, which is a term Audi uses for estate or station wagons, is popular in Europe and has an enthusiast following here in the U.S. as well. 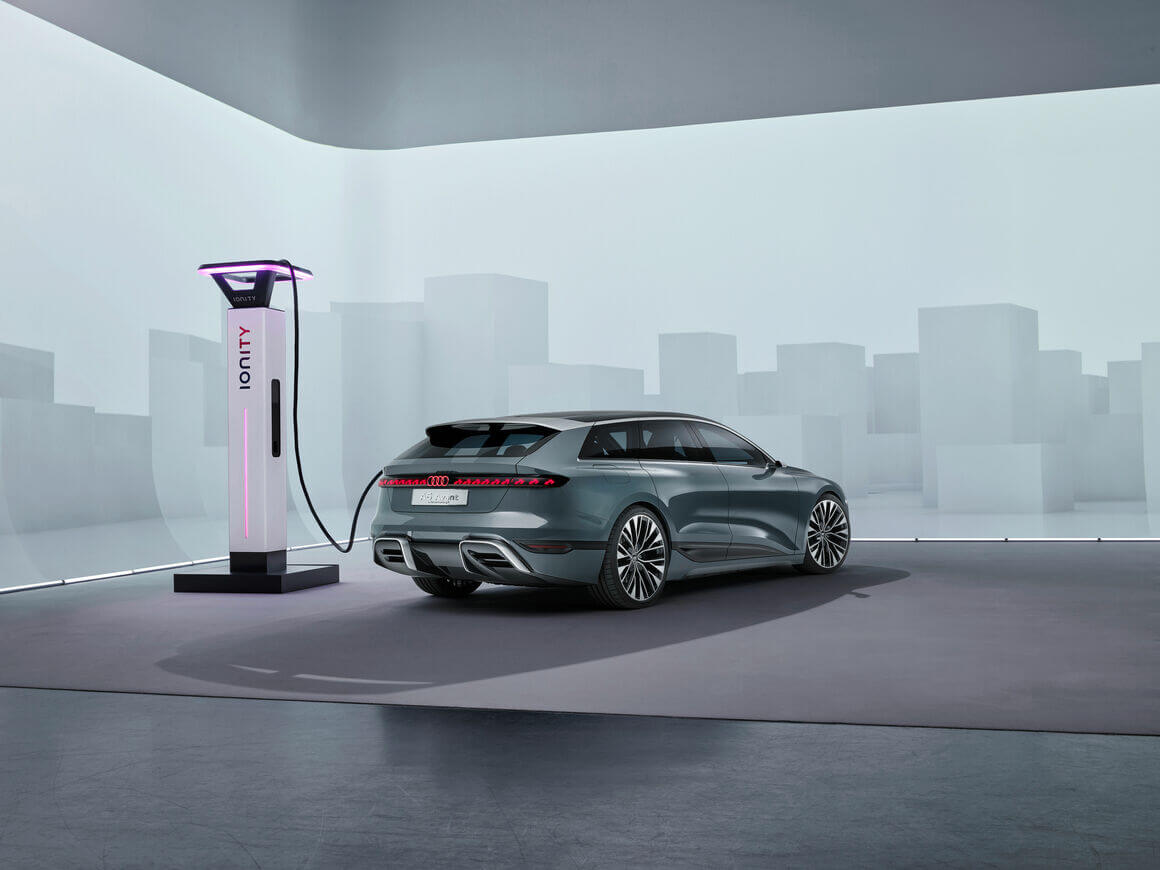 The A6 Avant e-tron has an electric drive system based on the Premium Platform Electric (PPE) platform developed under Audi and Porsche.

“With the Audi A6 Avant e-tron concept, we are offering a completely tangible look at future production models on our new PPE technology platform,” Oliver Hoffmann, Audi Board Member for Technical Development, said in a statement. “What we want most of all is to use technical skill to add an exclamation point. In particular, this includes powerful 800 volt technology, 270 kW of charging capacity, and a WLTP range of up to 700 kilometers (435 miles).”

While Audi didn’t provide powertrain and performance specs, top-of-the-line versions will accelerate to from 0-62 mph in “well under four seconds.”

While the A6 Avant e-tron is a concept, it’s “production-oriented,” meaning a similar models should hit showrooms in the next year or two. But performance station wagon fans in the U.S. should take note: Audi did not say whether it will be coming stateside.