Apple Inc’s earnings report on Thursday may show the best quarterly sales growth for iPhones this year but it could still foreshadow a difficult holiday period as China demand slows and inflation hits multi-decade highs.

Analysts expect iPhone sales to rise 11% in the fiscal fourth quarter ended September, according to Refinitiv, thanks to consumers upgrading to the company’s premium-priced Pro phones. However, growth is estimated to slow to just 2% in the crucial holiday quarter.

The early days of the iPhone 14 product cycle have indicated lackluster demand for base models and strong appetite for the high-end variants, Synovus Trust’s Dan Morgan said.

Morgan added that he expected “the weaker consumer spending environment to impact the earnings trajectory”.

The latest earnings season has shown that even global tech giants, including Google-parent Alphabet Inc, are not immune to macroeconomic pressures as a strong dollar becomes a drag on their growth and businesses pull back on spending. 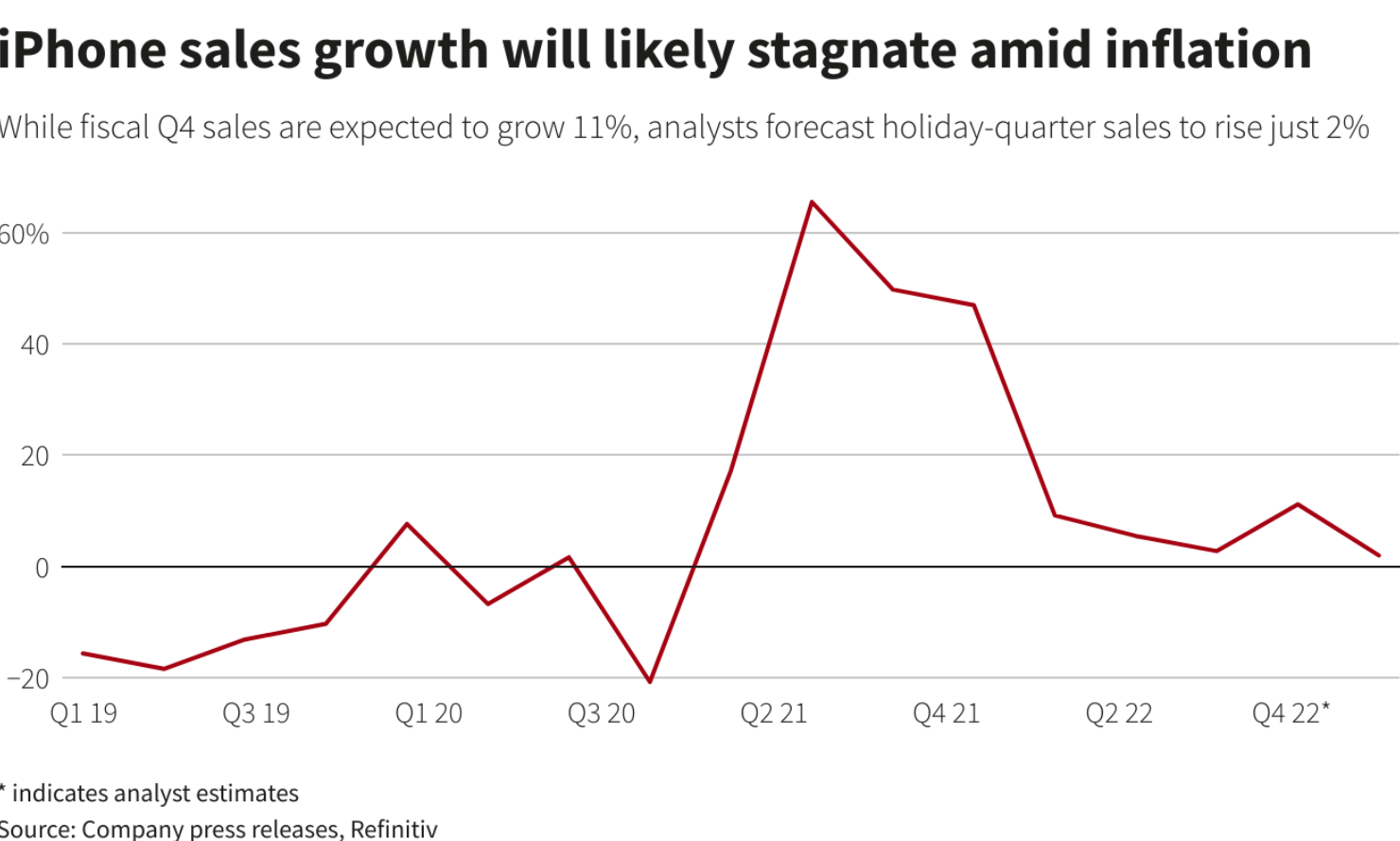 Analysts believe Apple’s move to leave prices unchanged on its latest Pro models is driving strong demand. The models are also aimed at affluent shoppers who are less vulnerable to inflation.

Analysts are expecting Apple to provide “guidelines” or an indication of how iPhone 14 is selling rather than a financial forecast.

The holiday quarter is typically Apple’s biggest and accounts for about 30% of its annual revenue, since it launches iPhones and Macbooks ahead of the shopping season.

Macbook sales are expected to fall 5% in the holiday quarter, after a likely rise of about 2% in the September-ended quarter.

Focus will be on Apple’s services business, where revenue is set to rise 10% in the fourth quarter, as the company looks to dial up its streaming service. While Apple TV has generated critically acclaimed hits, it lacks the viewership of rival platforms such as Netflix Inc.

* The stock is down about 16% this year but has still outperformed others in the trillion-dollar club as well as those in FAANG. 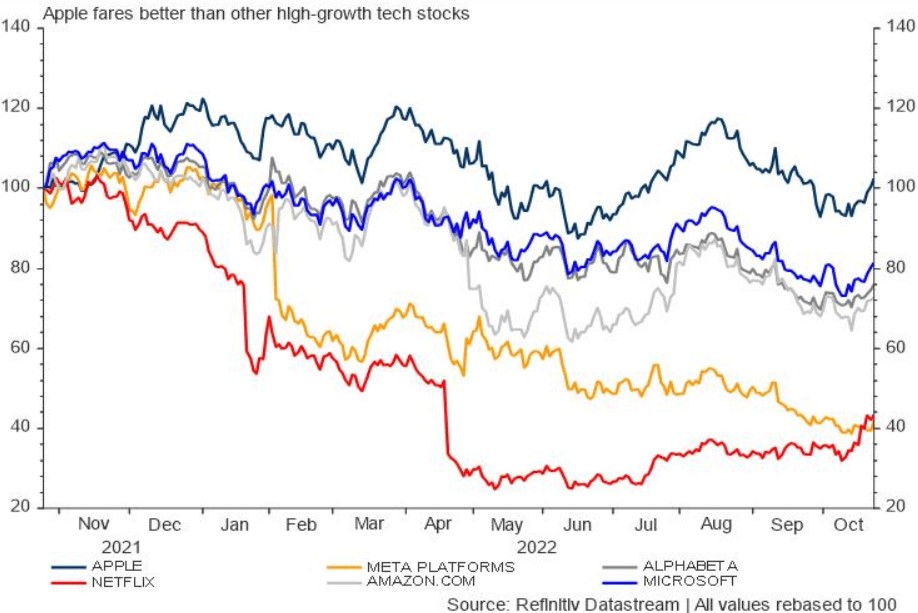