Apple (AAPL) is pulling away from iPhone 14 production, retreating from plans to increase manufacturing by 6 million units, according to a report by Bloomberg.

Apple hasn’t confirmed the report, but if true, this would put Apple’s iPhone production in line with last year, at about 90 million units. Still, a potential pullback is major news. The iPhone is Apple’s hero product, and its sales accounted for 52% of Apple’s 2021 revenue, so the stakes are high.

However, the pullback likely isn’t as bad as it sounds. For one thing, Apple’s been on a mission to push up its average selling prices to bolster its bottom line. The company’s been beefing up its higher-priced offerings to make them more appealing, and facilitate adoption among consumers.

Moreover, this retreat in iPhone demand might just stem from the difficult macroeconomic environment and the corresponding slump in consumer spending. We’re also seeing decreased demand for PCs and, beyond tech, even Walmart and Macy’s are preparing for a muted Christmas by slashing holiday hiring.

“I’m not surprised — we’re seeing lower demand for smart TVs, too,” Needham & Co. analyst Laura Martin said, in response to the news of the pullback.

The market might have been caught off-guard, though; Apple shares fell roughly 4% after the Bloomberg report on Wednesday. As stark as the market’s reaction was, softened iPhone demand has been in the cards for a while. On Monday, Jefferies analyst Edison Lee wrote that “overall demand remains weak and iPhone 14 sales do not seem as strong as expected.” 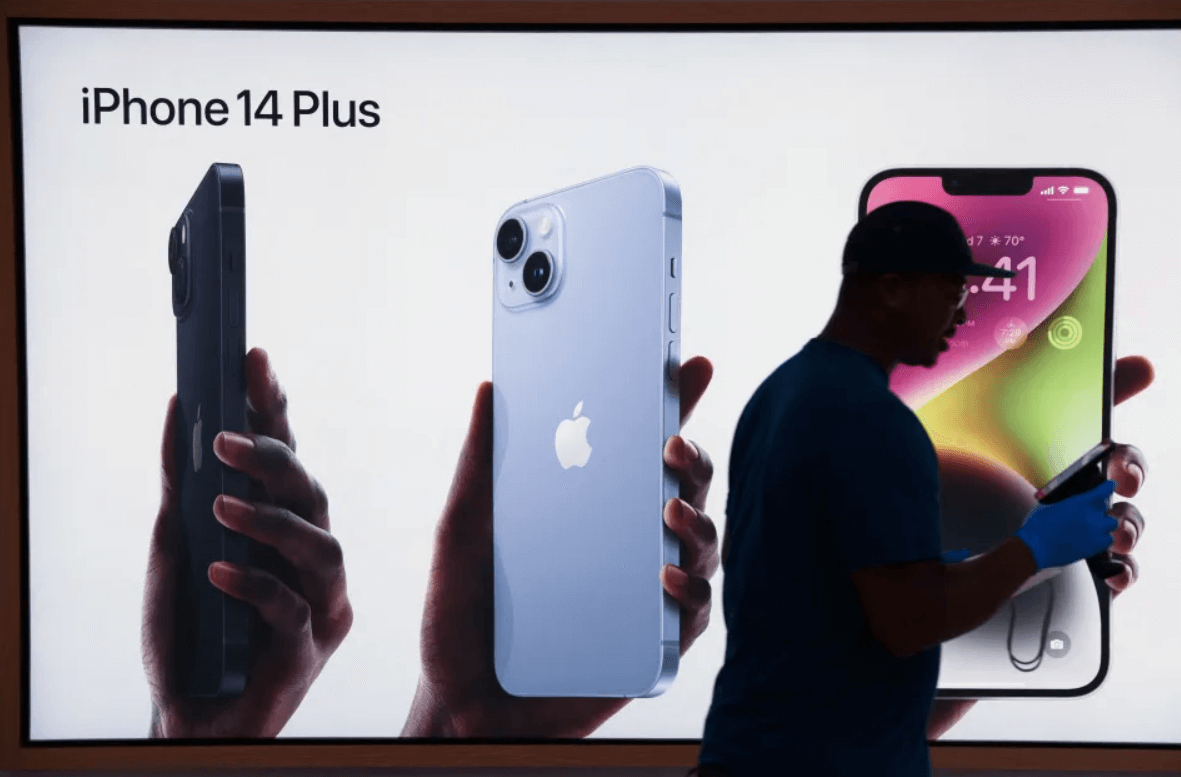 Still, the timing isn’t great. This cycle is important for Apple, as it’s gearing up for the holiday season, a historically fruitful quarter for the company and across retail.

Apple shares were still down a little over 1% after close on Wednesday. The company’s also been hit by the tech rout — though not as hard as some of its counterparts — and is down about 17.6% year-to-date.

It’s all about the Pros

Apple has positioned the Pros as the go-tos this year, and that’s not an accident. Demand for iPhone Pros has slowly superseded demand for entry-level iPhones in recent years, and sales of Pros will carry Apple through, Wedbush analyst Dan Ives wrote today.

“Our positive thesis on Apple remains unchanged and we are not wavering in our view the iPhone 14 Pro demand is robust and this will enable Apple to power through near-term macro headwinds much better than feared by the Street,” he wrote.

For now, analysts are looking towards Apple’s earnings, where Martin plans to focus on services revenue and what the company says about its advertising plans. All in all, she’s not worried about iPhone demand long-term.

“I think this is only a cyclical signal,” she said.