Apple yesterday announced the new iPad Pro with the M2 chip, delivering the ultimate combination of portability, versatility, and unbelievable performance. The new iPad Pro features a next-level Apple Pencil hover experience and superfast wireless connectivity, along with the world’s most advanced mobile display, pro cameras, Face ID, Thunderbolt, and a four-speaker audio system. New features in iPadOS 16 — including Stage Manager, full external display support, desktop-class apps, and Reference Mode — take pro workflows on iPad even further. Enabled by its advanced hardware and iPadOS 16, iPad Pro has an incredible ecosystem of powerful pro apps unlike any other device of its kind.

“The next-generation iPad Pro pushes the boundaries of what’s possible on iPad, bringing even more versatility, power, and portability to the ultimate iPad experience,” said Greg Joswiak, Apple’s senior vice president of Worldwide Marketing. “Powered by the M2 chip, the new iPad Pro features incredible performance and the most advanced technologies, including a next-level Apple Pencil hover experience, ProRes video capture, superfast wireless connectivity, and powerful iPadOS 16 features. There’s nothing else like it.” 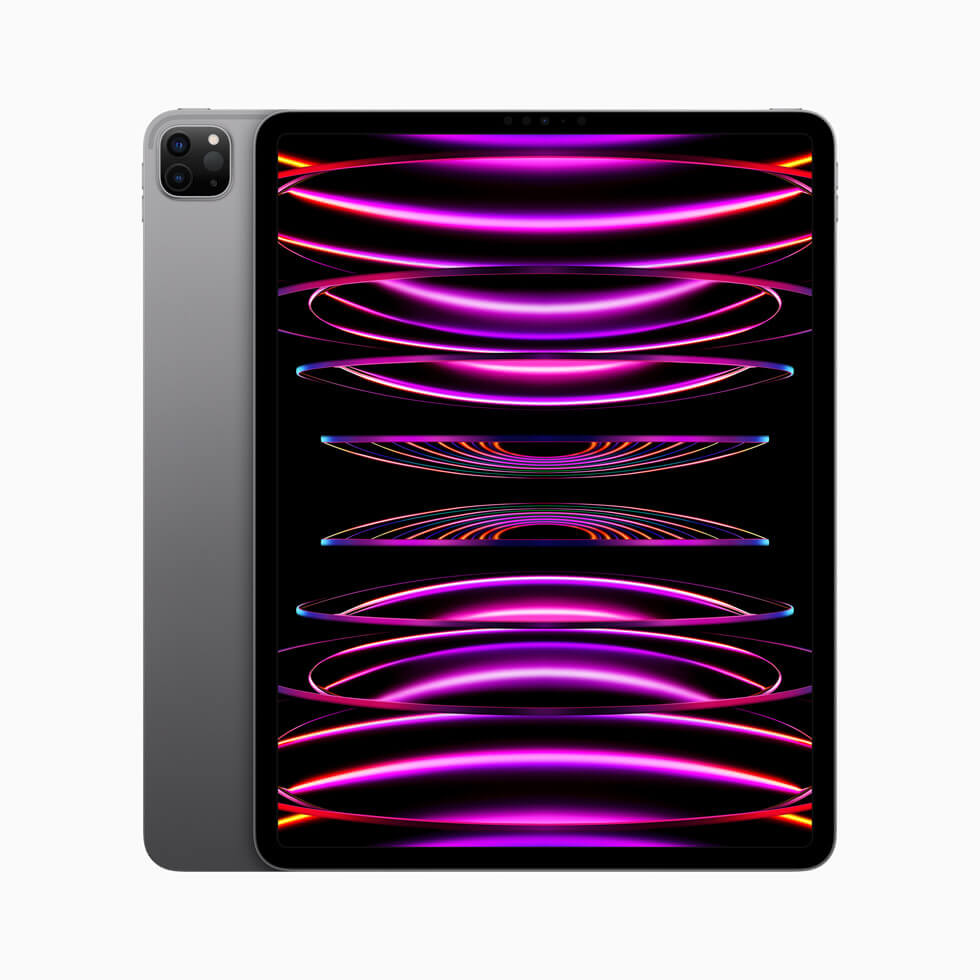 Breakthrough Performance from the M2 Chip

M2, the start of Apple’s next generation of M-series chips, brings even more breakthrough performance and capabilities to iPad Pro, with industry-leading power efficiency, a unified memory architecture, and custom technologies.

M2 features an 8-core CPU — up to 15 percent faster than M1 — with advancements in both performance and efficiency cores, and a 10-core GPU, delivering up to 35 percent faster graphics performance for the most demanding users. Combined with the CPU and GPU, the 16-core Neural Engine can process 15.8 trillion operations per second — 40 percent more than M1 — making iPad Pro even more powerful when handling machine learning tasks. The M2 chip also features 100GB/s of unified memory bandwidth — 50 percent more than M1 — and supports up to 16GB of fast unified memory, making multitasking and working with large assets even more fluid.

The performance of M2 turbocharges even the most demanding workflows, from photographers editing massive photo libraries and designers manipulating complex 3D objects, to healthcare professionals taking advanced imaging and analysis, to gamers enjoying graphics-intensive games. The power of M2 also extends to the new media engine and the image signal processor, which combined with the advanced cameras, enable users to capture ProRes video for the first time and transcode ProRes footage up to 3x faster. This means content creators can capture, edit, and publish cinema-grade video from a single device out in the field. 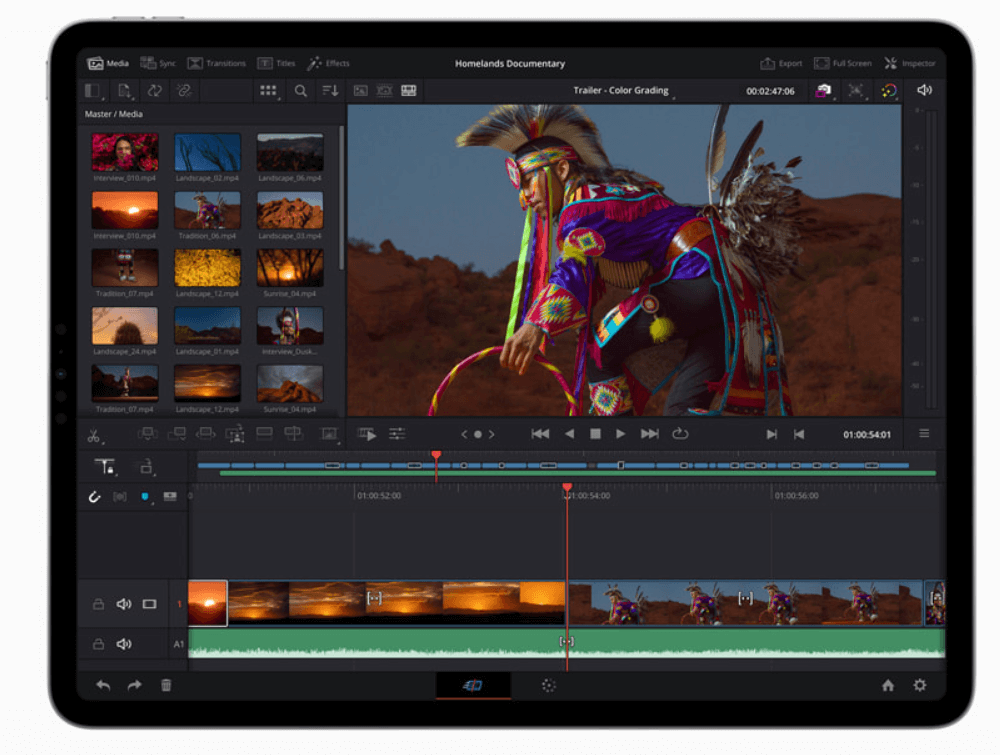 Powered by the new iPad Pro and iPadOS 16, hover with Apple Pencil (2nd generation) provides a completely new dimension for users to interact with their screen. Apple Pencil is now detected up to 12 mm above the display, allowing users to see a preview of their mark before they make it. This also allows users to sketch and illustrate with even greater precision, and makes everything users do with Apple Pencil even more effortless. For example, with Scribble, text fields automatically expand when the pencil gets near the screen, and handwriting converts to text even faster. Third-party apps can also take advantage of this new feature to enable entirely new marking and drawing experiences.

The new iPad Pro supports the fastest Wi-Fi connections with support for Wi-Fi 6E,3 so users who need fast connections can take their demanding workflows with them everywhere. Downloads are up to 2.4Gb/s, 2x faster than the previous generation. Wi-Fi + Cellular models with 5G (sub-6GHz and mmWave) now support more 5G networks around the world, so users can access their files, communicate with colleagues, and back up their data in a snap while on the go. 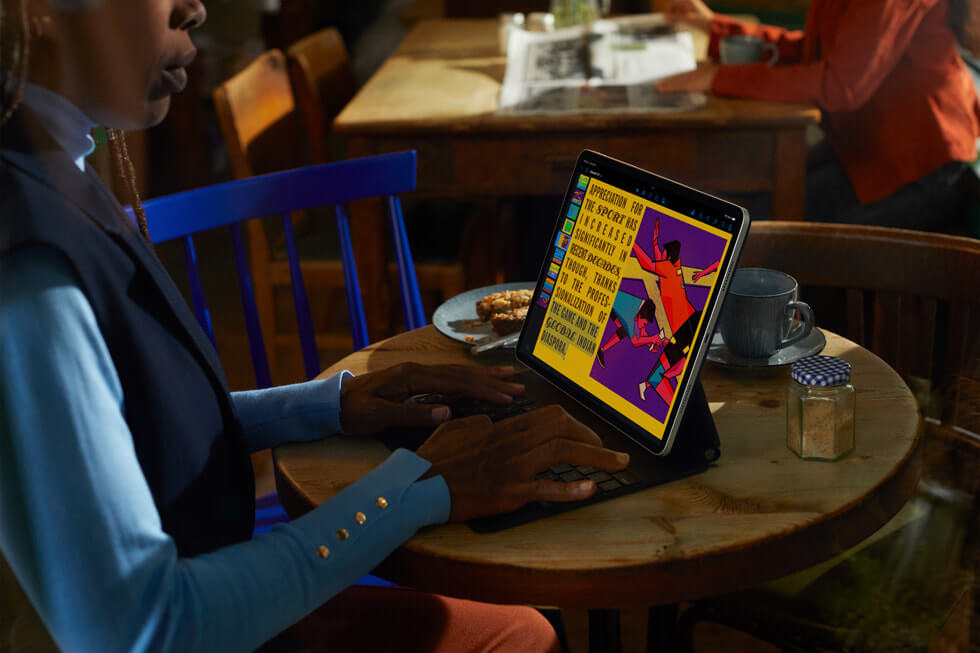 In addition to big updates to Messages, new tools in Mail and Safari, the new Weather app, and more ways to interact with photos and video with Live Text and Visual Look Up, iPadOS 16 also introduces powerful productivity features that elevate the iPad Pro experience: 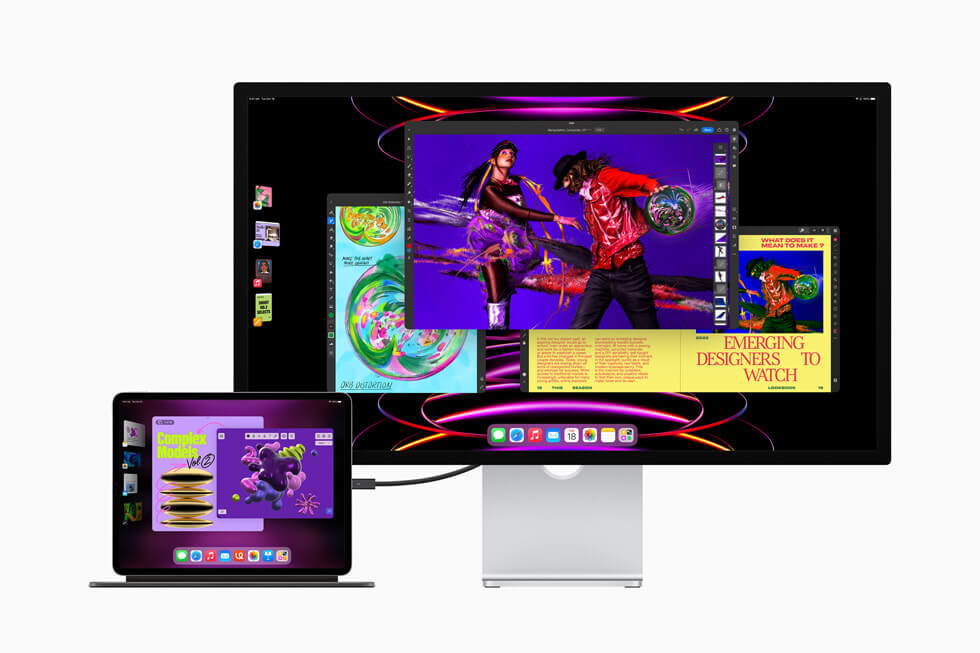 iPad and the Environment

The new iPad models are designed to minimize their impact on the environment and include 100 percent recycled gold — a first for iPad — in the plating of multiple printed circuit boards, as well as recycled aluminum, tin, and rare earth elements. All iPad models meet Apple’s high standards for energy efficiency and are mercury-, BFR-, PVC-, and beryllium-free. Redesigned packaging in the new iPad Pro eliminates the outer plastic wrap, and 99 percent of the packaging is fiber based, bringing Apple closer to its goal of completely removing plastic from all packaging by 2025.

Today, Apple is carbon neutral for global corporate operations, and by 2030, plans to be 100 percent carbon neutral across the entire manufacturing supply chain and all product life cycles. This means that every Apple device sold, from component manufacturing, assembly, transport, customer use, charging, all the way through recycling and material recovery, will have net-zero climate impact.