Inflation concerns haven’t been enough to deter Americans from spending, a new study found, they are just using credit card rewards to cushion some of the blow.

Nearly half of credit cardholders are leaning on their rewards to offset rising costs of everyday purchases, according to a recent Wells Fargo study, with two-thirds of millennials reporting so. Nine in 10 of the more than 2,000 U.S. adults surveyed said they were concerned about inflation, and almost two-thirds of rewards cardholders cared about their rewards now more than ever.

The results underscore how hard Americans have been hit by rising prices, currently running near 40-year highs, though softening a bit in July, with credit cardholders using their rewards for basic expenses to ease their cash flow, the report said.

“It’s not surprising to me that across all segments of our portfolio [millennials] rely on their credit card rewards to offset some costs of everyday purchases,” told Krista Phillips, executive vice president and head of branded cards and marketing for Wells Fargo. “They make up a big cohort of customers… and we know these little redemption items really alleviate some of that extra expense when it comes to inflation.” 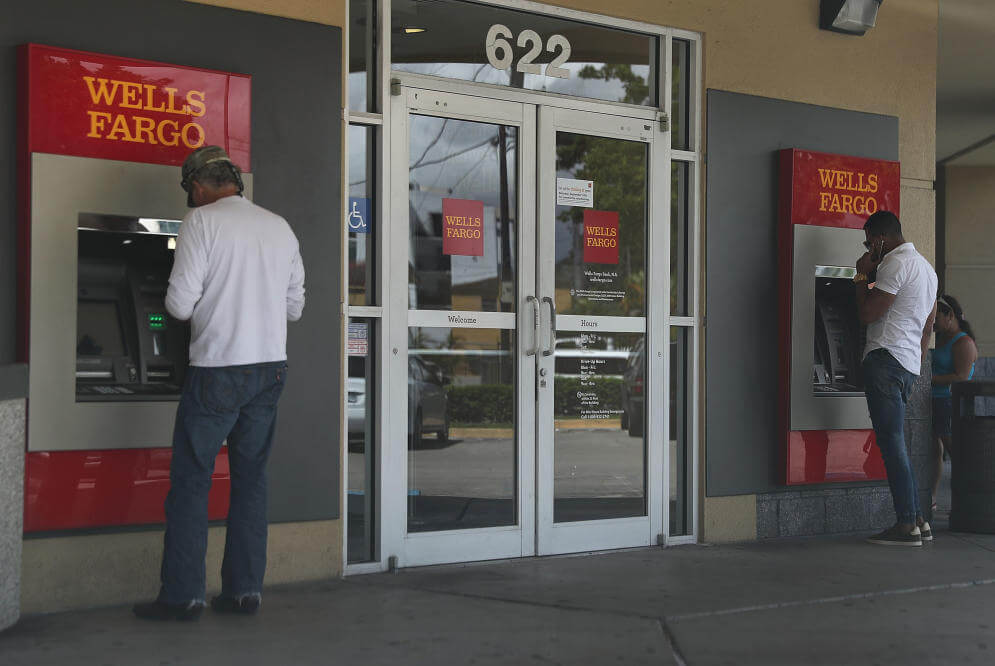 The pressure of inflation has pushed many Americans to take on more credit card debt.

Credit card balances increased $46 billion in the second quarter, according to the Federal Reserve Bank of New York, a 5.5% increase from the first quarter. While balances remain below their pre-pandemic levels, the 13% year-over-year increase marked the largest annual gain in more than 20 years.

“Americans are borrowing more, but a big part of the increased borrowing is attributable to higher prices,” researchers for the New York Fed said in a press statement.

About 45% of those surveyed said they increased their credit card use during the pandemic as prices jumped across the board. The top expenses rewards credit cardholders used their earned points on included groceries (62%), gas (51%), restaurants (43%), and travel or transit (30%).

After travel and transit expenses, more than a quarter of cardholders used their rewards to cushion emergencies, followed by entertainment and home improvements and bills. 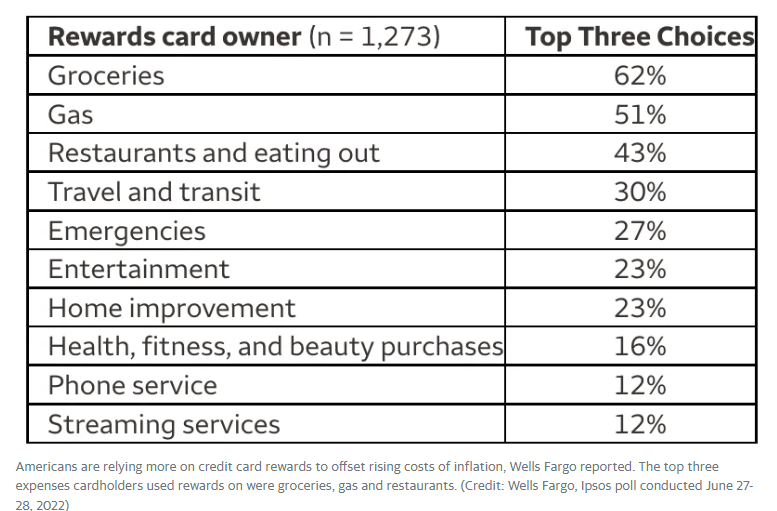 Additionally, some 13% of rewards cardholders didn’t have a full understanding of how their rewards program works.

To make the most of your rewards, you should look into all of your credit card redemption options, “accelerator categories” and cashback programs when choosing a rewards card, Phillips said. There are specialized rewards cards that allow you to save on everyday expenses, while others focus on travel.

“Customers are choosing their card products for the earnings,” Phillips said. “In general, customers love rewards and the idea they can pay themselves back, and they do add up.” 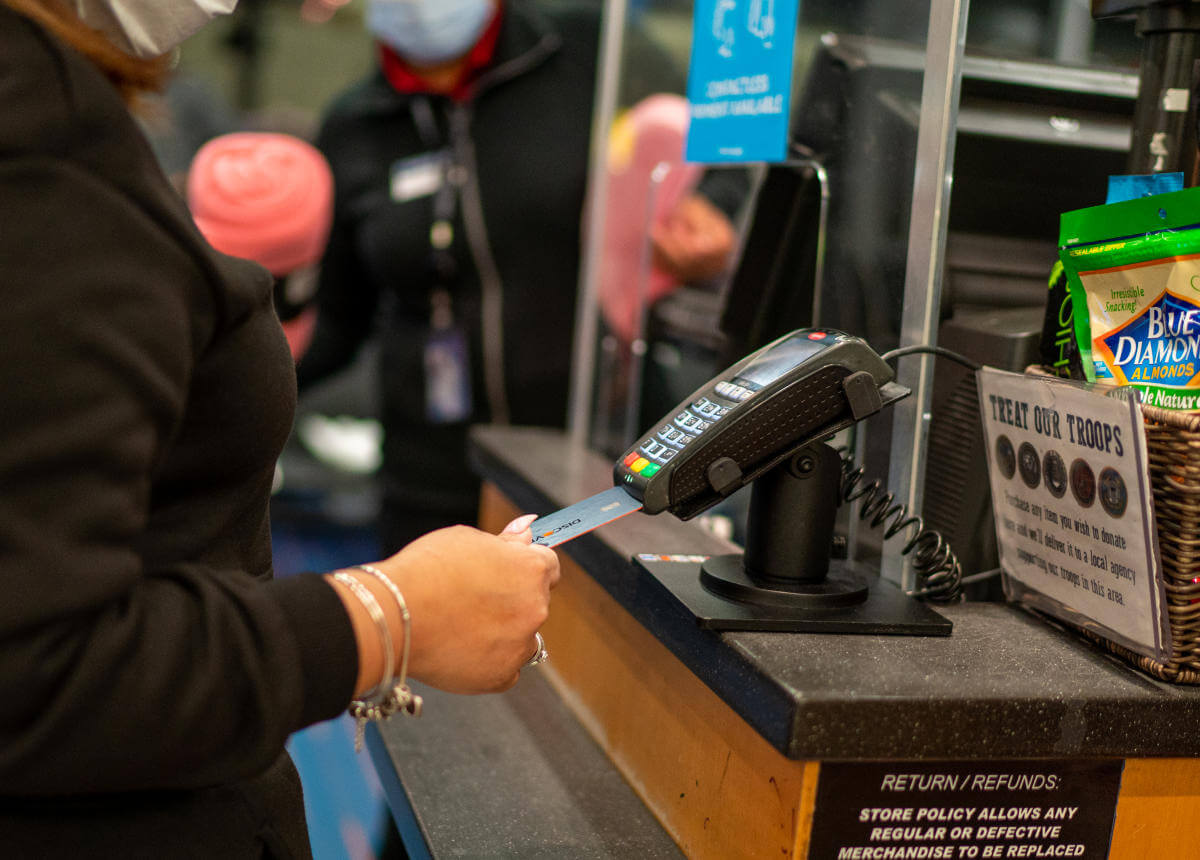 Despite higher prices, many Americans are still eager to travel. Approximately, 63% are ready to travel again in the next six months despite any challenges, with a third (34%) saying they plan to “go big” on their next trip.

“I personally took my first vacation a couple of months ago to the Bahamas with my husband, which was long overdue, so I’m not surprised that people are planning a vacation even though they are tightening their belts due to inflation costs,” Phillips said. “They’re just looking for ways to make their credit card rewards spending go a long way to be more cost effective.”

But not all Americans can afford to, even if they have rewards to lean on. A third of those surveyed said high gas prices forced them to cancel a road trip this summer, while 37% said they are not planning a vacation at all. A fifth of respondents said they are planning a staycation to avoid expensive travel costs altogether.