Amazon (AMZN) has telegraphed to investors and the world that deals are key to its future, but those transactions create antitrust risks — and investors are taking notice, Jefferies analyst Brent Thill told.

Amazon has made headlines for its big-ticket dealmaking in recent months. The company acquired both subscription health care provider OneMedical (ONEM) and Roomba-maker iRobot in quick succession, for $3.9 billion and $1.7 billion respectively. However, investors have been concerned that Amazon’s deals, including the buyout of vacuum-making iRobot, are primed to face an Federal Trade Commission (FTC) challenge.

“It’s the No. 1 question asked,” Thill said. “It comes up in every investor conversation and I think, clearly, they’re not going to block a vacuum cleaner company from being bought. I don’t think they’ll have an issue there, but [antitrust scrutiny] does prevent Amazon from doing other software acquisitions and e-commerce acquisitions.”

Amazon has famously made some of the biggest deals out there in the last decade or so. In 2017, the company bought upscale grocer Whole Foods for a jaw-dropping $13.4 billion. Soon thereafter, Amazon dropped another near-billion to acquire online pharmacy PillPack. It hasn’t just been recent either — back in 2009, even in the depths of the recession, Amazon closed its deal to buy online retailer Zappos for $1.2 billion. Earlier this year, Amazon also closed its $8.6 billion acquisition of MGM. 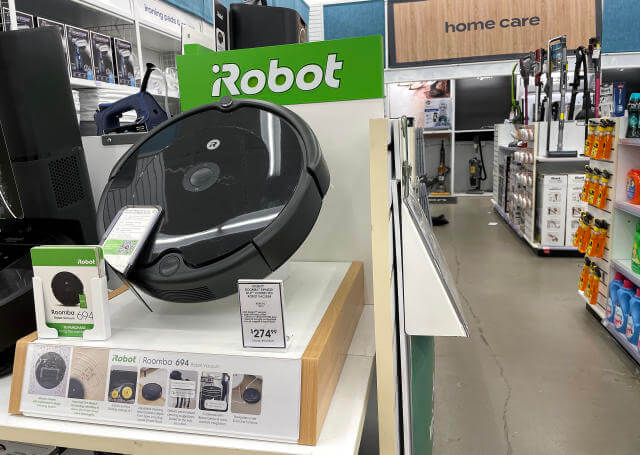 However, major deals aren’t all that’s on the table for Amazon and other mega-cap tech companies. The innovation coming out of companies like Amazon and Alphabet-owned Google (GOOG, GOOGL) means they aren’t incentivized to exclusively focus on huge deals, according to Thill.

“There’s tons of innovation right now at Amazon and Google and others in tech, so I don’t think they necessarily need to go out and do big deals,” he said. “They’ll do smaller tuck-in deals.”

Amazon and the FTC will walk a fine line

Still, it’s a question of what’s small to Amazon and which of these deals could finally push lawmakers over the edge. For example, Amazon’s iRobot buyout came under renewed scrutiny last week, when Sen. Elizabeth Warren and a group of lawmakers requested that the FTC reject the deal.

Amazon’s deals haven’t spurred federal action yet, but FTC Chair Lina Khan is a noted critic of Amazon, and her ascension has been linked to a series of her writings exploring what a breakup of the company would involve. Notably, the company has so far been subject to antitrust action at the state level. Recently, California sued Amazon, alleging that the restrictions it places on its third-party sellers are anticompetitive

“It’s a question, it’s an overhang, it’s certainly in every investor conversation, in every meeting we go into, it’s the No. 1 question,” he said. “I think that the way they mitigate this risk is that they’ve been able to do M&A.”

Thill has a point. Though doing more deals is a risk, it’s also a safeguard. The Information has referred to it as Amazon’s “whack-a-mole” dealmaking strategy. The FTC can’t logistically challenge every single acquisition, so like Amazon, the regulator is going to need to pick its battles. While Amazon has to be careful going forward, so does the government, said Thill.

“They have to be careful… [Amazon’s] doing the right thing for their employees, their shareholders, and the ecosystem… Amazon is a huge employer, so the government also has to be careful with how much they regulate them, because they are an incredible, incredible vibrant source for the economy that’s helping many in their daily lives. So, there’s a fine balance that we have to walk and I think Amazon is doing that.”

The pressures on Amazon right now aren’t just deal-related. The company’s labor practices have attracted attention and investigation throughout the last year, facilitated by the independent Amazon Labor Union’s rise and a broader warehouse unionization push that extends from New York to Alabama.