Amazon (AMZN) warehouse workers at a Staten Island, N.Y., facility on Friday established the first U.S. union in the company’s 28-year history, delivering a blow to the e-commerce giant and intensifying a wave of labor organizing nationwide.

The astonishing victory of a worker-led, crowdfunded union over the nation’s second-largest employer became an immediate symbol for resurgent worker strength. But for now, a symbol is just about all that it is.

In the coming days, the Amazon Labor Union may face a challenge from Amazon over the legitimacy of the election results that, if successful, could overturn the outcome. If the union survives that potential challenge, it will enter negotiations with the company over the contours of a union contract at the facility that will likely stretch on for months.

These next steps will determine the staying power of the union and, ultimately, whether it can achieve the historic feat of a U.S. Amazon facility where pay, benefits, and working conditions are shaped by an agreement between the company and its employees.

The outcome of the coming weeks and months could also determine whether the victory inspires more labor organizing or ends up being a landmark moment with little to show for it. For Amazon, what happens next could either upend their employment model altogether or merely bring some temporary negative attention to the working conditions at their facilities.

First off, as soon as this week, the Amazon Labor Union (ALU) and the company may enter a dispute over the legitimacy of the election results. Unsurprisingly, the union has appeared to accept the results, since it won. But Amazon responded to the results on Friday with disapproval, suggesting it may formally object to the outcome.

In a statement, the company said it’s weighing options that include “filing objections based on the inappropriate and undue influence” of the National Labor Relations (NLRB) Board, the federal agency that carried out the election.

The company said the National Retail Federation and U.S. Chamber of Commerce had also witnessed the inappropriate conduct.

Amazon has not provided further details about the allegation, but objections must be filed to the NLRB regional office by Friday. The company did not immediately respond to a request for comment.

Seth Goldstein, an attorney at the Office and Professional Employees International Union who’s working pro-bono for the Amazon Labor Union, called a potential objection to the election results from Amazon “outrageous.”

“It would be a shame if they try to act like Donald Trump and try to steal the mandate,” Goldstein said. 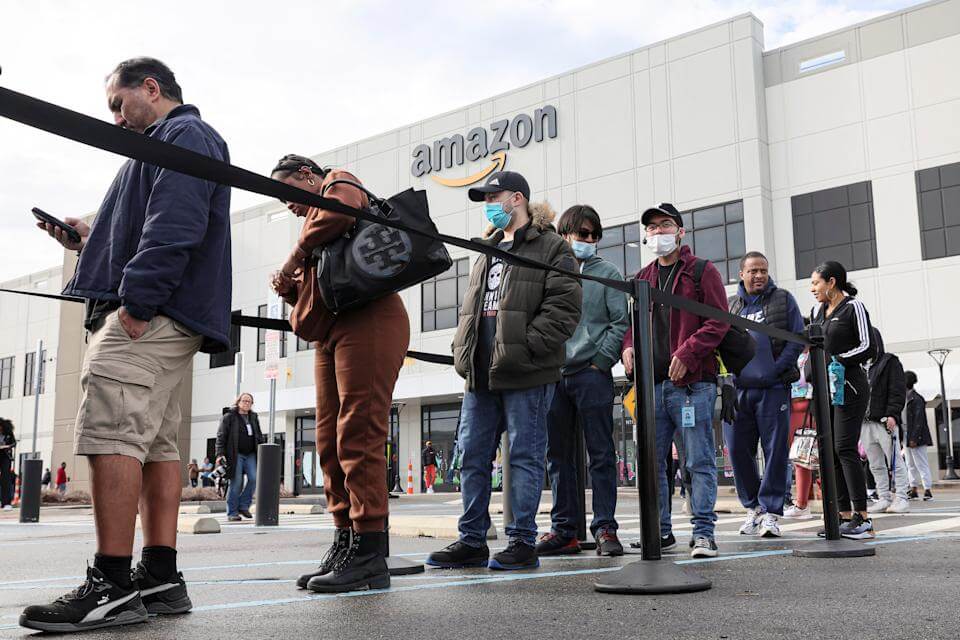 An objection to the results could bring hearings at the NLRB or in court that could take months to resolve.

If Amazon foregoes a challenge of the results or the results withstand the challenge, the company and the union will then begin bargaining a contract that would set terms of employment at the warehouse, like pay, benefits, and working conditions.

Federal law requires employers to bargain with representatives of unionized employees in “good faith,” but the penalties for violating the law are “negligible at best,” said Sharon Block, a former Biden administration official and the executive director of Harvard Law School’s Labor and Worklife Program.

In turn, the bargaining process can last for months or even years. Contract negotiations between a newly formed union and an employer last an average of 409 days, according to a Bloomberg Law study released last June.

The ALU released a statement on Saturday calling for contract negotiations to begin in early May. When asked about the quick turnaround for negotiations, Goldstein said, “Amazon always calls itself nimble and innovative, we think that for an organization like Amazon with so many lawyers and HR people, it’s completely reasonable and something that should be done because our members want to get to a contract.”

A union contract at the Amazon warehouse on Staten Island would prove “hugely significant,” said Block. A contract would spur labor organizing at Amazon and other companies that some observers have perceived as “unorganizable,” she said.

The ALU, led by former warehouse worker Chris Smalls, has drawn attention for an unorthodox approach to organizing that included offering workers homemade food and posting updates on TikTok. The union will carry a similar approach over to collective bargaining, Block said.

“This is a union that has shown a lot of spirit and really a willingness to think differently,” Block said. “I imagine they will bring that spirit to the bargaining table.