Amazon goes TikTok. Here’s how it will work.

Amazon (AMZN) has begun rolling out a short-form video and photo feed in its app.

Though the feature, called Inspire, immediately drew comparisons to TikTok, Oliver Messenger, director of Amazon Shopping, told that it wasn’t TikTok’s success that encouraged the company to build Inspire – it was customer feedback.

“We spend a lot of time listening to customers,” said Messenger. “We have survey sessions, we have usability labs, and there are also ways within the app and website that lend themselves to actually submit feedback. This was something that we noticed people were asking for repeatedly.”

To be sure, the app’s interface certainly looks TikTok-esque. And the fact that Amazon’s wading into short-form video certainly reflects how just how popular the format has become.

However, Amazon’s Inspire is a different project than TikTok itself in key ways, according to the company. For one thing, Amazon Inspire looks to solve a longstanding pain point in Amazon’s marketplace – that it’s a place where it’s easy to find what you know you want— but hard to find something you didn’t know you wanted.

Amazon has been taking steps to solve this, particularly through its Amazon Influencer Program which allows content creators to review and endorse products on Amazon. Inspire is building on that, said Messenger.

“Customers, on one hand, were asking for this serendipitous, more open-ended way to shop,” he said. “We have this awesome section of [influencer] content that we’re continuing to get in, as well. We sort of melded the two and made it personalized and tailored.”

Inspire looks to to bolster and build on Amazon’s existing influencer content, which spans products from fitness to fashion to cooking. If you’re, say, looking for a pan, Amazon wants to help you, with the aid of its influencer content, find the right one for you. 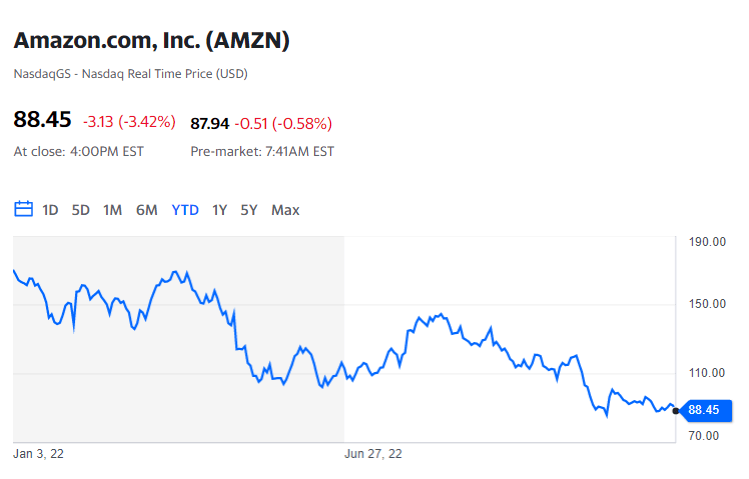 Amazon’s goal: Inspire will eventually help set up a “more immersive” shopping experience on Amazon’s app, one where discovery is built-in. The company hopes this can make the Amazon Shopping app somewhere you might just, well, hang out more. For instance, if you’re looking for earrings, Amazon wants to be the place where you not only buy earrings, but where you will figure out which ones you want. 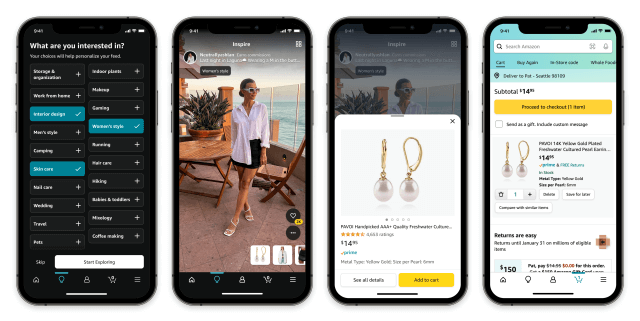 “It’s streamlined in the sense that it’s tailored to you and your interests,” said Messenger. “When you start up Inspire, we ask you: What are you interested in? What do you want to see? You can create, cite your hobbies or types of things you’re into—and your feed will learn from that.”

To get started, customers in the Amazon Shopping app will tap a “lightbulb” icon, and will then choose their interests to inform their feed.

“It’s also deliberately not streamlined in the sense that we’ll show you content that you maybe didn’t expect from a range of brands, creators, and customers in line with those interests, but it’s content that you may not…have found yourself,” Messenger added.

Amazon Inspire is currently available only to select customers; its launch began in early December. The feature will be available to all Amazon customers sometime next year, and the current goal is Q1, according to Messenger.

Inspire will, of course, be operating in an increasingly crowded short-form video marketplace; TikTok, owned by Beijing-based ByteDance, has thus far remained the platform to beat as its grown more adept at not only facilitating engagement, but at optimizing advertising, according to Insider Intelligence.

Amazon shares are down about 44% year-to-date, as of market open Thursday. 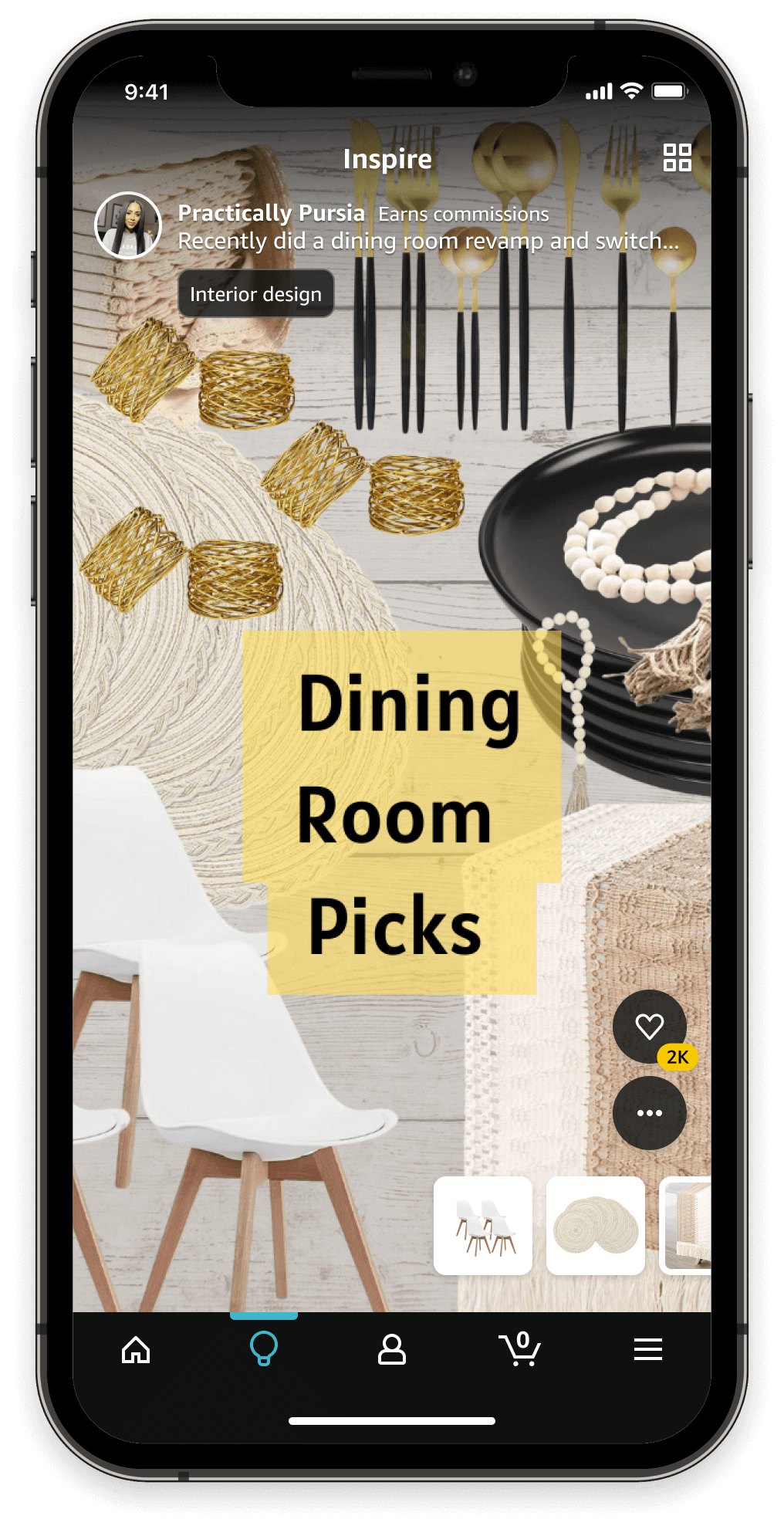