Bitcoin gains, but crypto braced for more selling with ‘no time for optimism’

The new year has not been kind to cryptocurrencies, which rose on Wednesday despite about a week of selling that briefly drove Bitcoin below $40,000.

A jittery market has begun 2022 on a sour note, with a suddenly hawkish Federal Reserve and the Omicron wave of COVID-19 infections making investors risk-averse. Meanwhile, Bitcoin set a new low at $39,893.62 — having swooned by more than 40% since its November peak.

Bitcoin has shed over 8% at its weakest levels this week, while smaller tokens like Ethereum, Solana, Avalanche and Terra have fallen even harder. All have clawed back within the last day.

Despite Wednesday’s rebound, it’s far too early to call a trend reversal in the sell-off given trading volume on major crypto exchanges, Yuya Hasegawa, an analyst with Tokyo-based crypto exchange Bitbank, told this week.

After clearing the hurdle of Fed Chair Jerome Powell’s confirmation hearing for a second term, investors are nervously anticipating inflation data that will shape sentiment in the near term, with crypto continuing to trade almost lock-step with technology stocks.

Bitcoin’s price range for the rest of the week should range between $40,000 and $48,000, Hasegawa said — but admitted that “it certainly is not a time for optimism in the short run”.

The start of a rate hike campaign, which threatens to withdraw the liquidity and tame the inflation that have been bullish for crypto, is curdling sentiment. According to the Chicago Mercantile Exchange (CME) data, 71% of market participants expect the Fed to raise interest rates by 25 to 50 basis points in March. 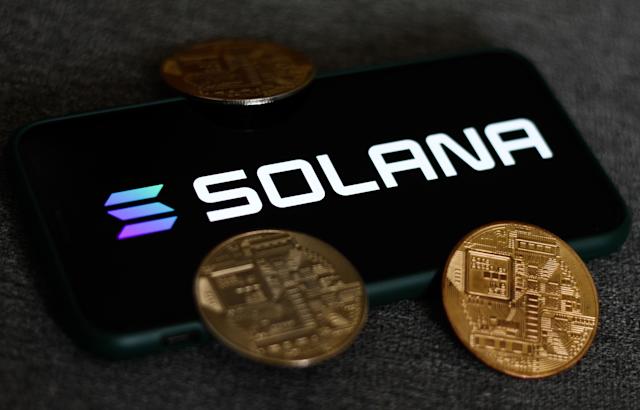 As bad as the current selloff is, Matt Hougan, CIO of crypto-asset manager Bitwise, still believes the current bear market won’t last as long as previous downturns, based on strong user fundamentals digital coins have developed over the past year.

Outside of speculative activity, Hougan told that crypto adoption has never been higher. There’s been a gold rush among both small and large digital coin investors: in particular, venture capital helped fuel a $33 billion boom in crypto startups last year.

That funding also explains why developer activity in the sector stands at its peak, according to a report last week from Electric Capital. The space attracts more developers when crypto prices rally. Yet according to the report, the number of active developers stays flat historically when prices fall.

And the native tokens of Ethereum (ETH-USD), Polkadot (DOT1-USD), Solana (SOL1-USD) and Bitcoin make up the largest crypto developer ecosystems, with 65% of active developers having joined in 2021.

But a Bitwise survey conducted in December found that the percentage of financial advisors allocating accounts to crypto “is up more than 50% and is expected to continue to grow at that pace or faster over the next year,” according to Hougan.

That might be “hard comfort” for investors staring down tighter Fed policy in the near-term, but could be a silver lining later on, he added. “It doesn’t mean there isn’t more potential downside right now, but it does mean this isn’t like past bear markets,” the investor said.

Where will cryptocurrencies settle before upward momentum returns?

Hougan said higher growth layer-1 smart contract tokens like Ether, Solana, Avalanche (AVAX-USD) and Terra (LUNA-USD) will “act like canaries in the coal mine as to whether and when the downtrend has been exhausted.”