These innovative businesses can put patient investors on a path to financial independence.

As much as you might hate to hear this, stock market corrections and bear markets are a perfectly normal part of the investing cycle. Including the current bear market decline that the benchmark S&P 500 and tech-focused Nasdaq Composite are navigating their way through, the broader market has dropped by a double-digit percentage, on average, every 1.85 years since the beginning of 1950.

But there’s another side to this coin. Despite corrections being commonplace, the amount of time Wall Street spends in a bull market handily outpaces periods of pessimism. In other words, stock market corrections and bear market dips serve as the perfect opportunity for patient investors to pounce.

Following peak declines of 24% in the S&P 500 and 34% in the Nasdaq from their respective all-time highs, there are plenty of amazing deals to be had. The following five unique and highly innovative stocks all have the potential to generate transformational wealth for investors willing to give them the time to do so.

First up is specialty biotech stock Novavax (NVAX -0.27%), which is one of a handful of companies to have developed a COVID-19 vaccine. Despite Wall Street’s skepticism of the company entering developed markets after established players like Moderna and Pfizer/BioNTech, Novavax’s future looks exceptionally bright.

Novavax has conducted three large-scale clinical trials for NVX-CoV2373, with two adult studies producing respective vaccine efficacies (VEs) of 89.7% and 90.4%. Meanwhile, a study on adolescents, which was released earlier this year, generated an 80% VE. As one of only three COVID-19 vaccine producers to hit the elusive 90% VE mark, Novavax has an opportunity to be a leader in booster shots and/or initial inoculation campaigns in developed and emerging markets.

What’s even more important to recognize is that Novavax’s drug-development platform is a success. This is a company that can beat its competitors to market with a combination influenza/COVID-19 vaccine, or perhaps other vaccines targeting airborne viruses.

If you need one more reason to be excited about this company’s future, keep in mind that Novavax ended March with $1.57 billion in cash and cash equivalents. It’s swimming with capital to fund its future research. 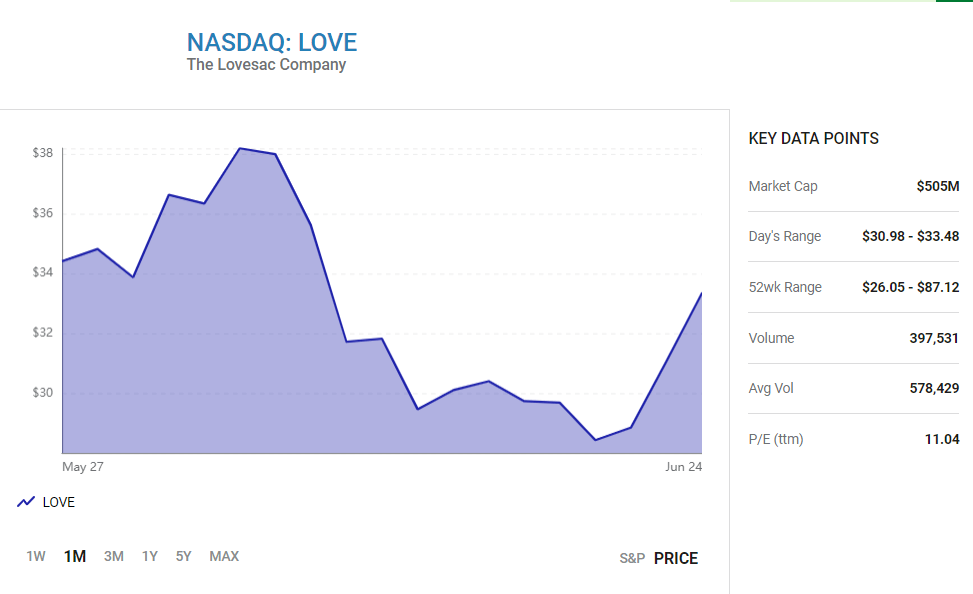 This differentiation begins with the company’s furniture. While once known for selling “sacs,” the company’s beanbag-styled chairs, Lovesac’s top-seller (87.6% of net sales in fiscal 2022) is now its “sactional.” A sactional is a modular couch that looks like a sectional couch. However, it can be rearranged dozens of ways to fit virtually any living space.

To add to this point, sactionals comes with a bevy of options traditional couches don’t offer. Buyers can choose from one of more than 200 different covers to match the color or theme of their home, and the yarn in these covers is made entirely from recycled plastic water bottles. Sactionals can also be upgraded to include surround-sound or wireless charging systems.

But arguably the best aspect of Lovesac’s operating model is its nimbleness. The company’s omnichannel sales platform allowed it to pivot to online sales during the pandemic. When coupled with brand-name in-store and online partnerships, along with popup showrooms, Lovesac’s overhead costs clock in substantially lower than its predominantly brick-and-mortar-based peers. 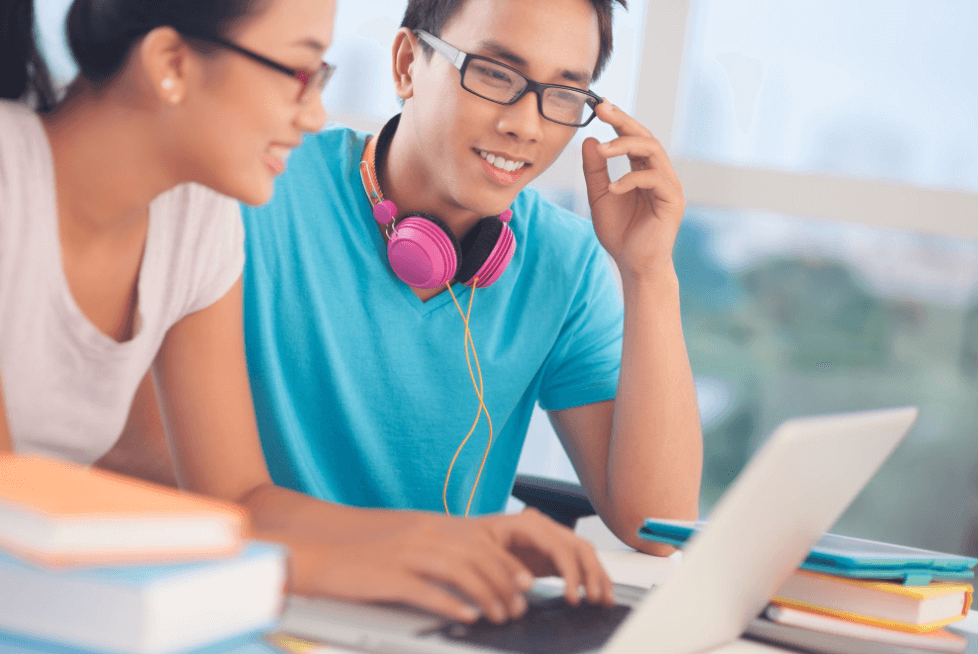 Social media stock Pinterest (PINS 7.89%) is another unique company that has the ability to generate life-changing wealth for patient investors. Even though ad-driven businesses like Pinterest are clearly out of favor with the growing likelihood of a recession, this is a company that offers clear and sustainable competitive advantages.

The most telling aspect of Pinterest’s success has been its ability to monetize its users. Despite a drop of 45 million monthly active users (MAUs) in the first quarter, Pinterest’s average revenue per user (ARPU) grew 28% globally, including 40% in Europe and 164% in its “Rest of World” category. What this ARPU growth illustrates is that advertisers are willing to pay a premium to get their message in front of Pinterest’s 433 million MAUs.

To build on this point, Pinterest’s recent MAU decline appears benign. It coincides with COVID-19 vaccination rates picking up and people returning to some semblance of normal. When the lens is widened, Pinterest’s five-year MAU growth has steadily trended higher.

Furthermore, Pinterest’s entire operating model is based on the premise that users are willingly sharing the things, places, and services that interest them. This makes it incredibly easy for the company to help merchants target users. 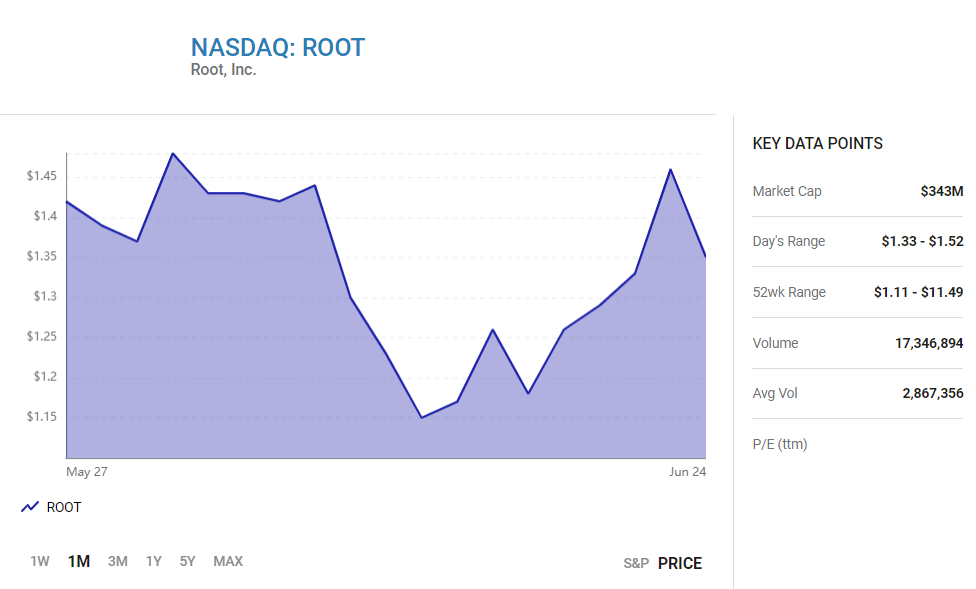 A fourth unique stock with transformational wealth potential — and possibly the one with the highest risk-versus-reward potential on this list — is technology-driven insurance stock Root (ROOT -7.53%). If Root can overcome sizable short-term losses, its new method of pricing insurance policies could change a stodgy industry.

For decades, auto insurance companies have priced their policies using broad-based metrics, such as a person’s marital status or credit score. Unfortunately, neither statistic provides any insight into what really matters — i.e., how safe a person is behind the wheel.

What Root does is lean on telematics to price its policies. By utilizing sensors in smartphones, Root can get an accurate understanding of a person’s driving habits. When combined with other dynamic factors, the company can offer drivers a tailor-priced policy. Note that this approach to policy pricing can be introduced into other insurance verticals, too.

Thus far, Root’s operating approach has demonstrated promise, as illustrated by its quarterly gross accident period loss ratios below 100%. A loss ratio of less than 100% signifies a profitably written policy. While there’s still work to be done with regard to refining its dynamic pricing model, Root has the potential to completely transform the auto insurance industry. 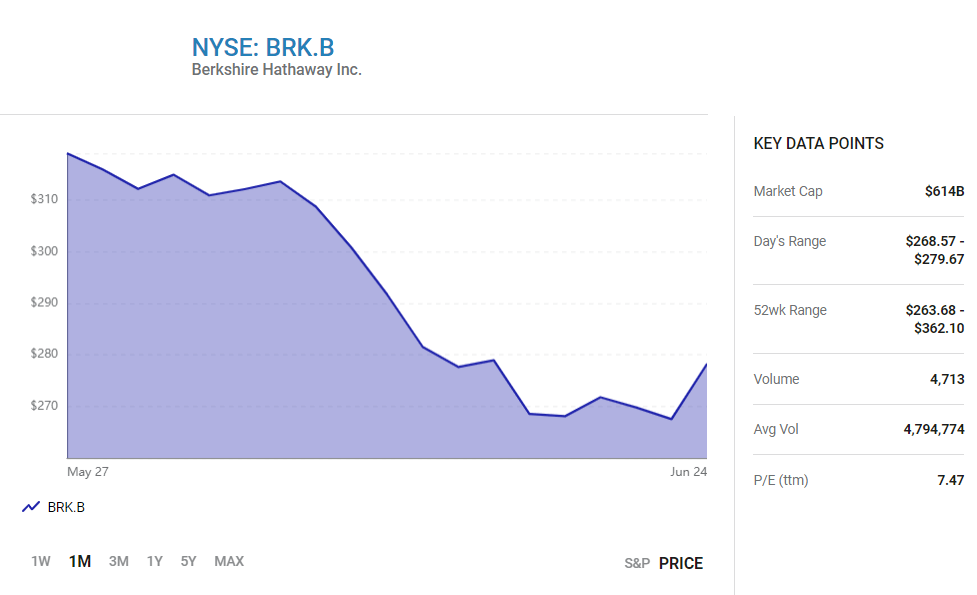 Since becoming CEO in 1965, Warren Buffett has created more than $590 billion in value for his shareholders and overseen an average annual return of 20.1% for the company’s Class A shares (BRK.A), through Dec. 31, 2021. In aggregate, this works out to an increase of 3,641,613%! Even if Buffett isn’t able to generate an average annual return of 20.1% going forward, he’s proven adept at outpacing the S&P 500 over long periods.

One of the keys to Berkshire Hathaway’s success is its dividend-friendly investment portfolio. While Berkshire doesn’t pay its shareholders a dividend, Buffett’s company is on track to collect more than $6 billion in passive income over the next 12 months, including preferred dividends. Companies that pay a dividend are typically profitable and time-tested. They’ve also handily outperformed their non-dividend-paying peers over multiple decades.

Warren Buffett has packed Berkshire’s investment portfolio with cyclical businesses as well. Even though recessions are inevitable, the Oracle of Omaha is keenly aware that periods of expansion last considerably longer. With over 90% of Berkshire Hathaway’s invested assets tied up in four cyclically oriented sectors, Buffett has positioned his company to take advantage of the natural expansion of the U.S. and global economy.