4 of the Fastest-Growing Stocks on the Planet in 2022

It’s no secret that growth stocks have been driving the market higher since the end of the Great Recession nearly 13 years ago. Historically low lending rates and an accommodative Federal Reserve have given fast-paced companies the ability to borrow cheap capital, which they’ve used to hire, acquire, and innovate.

But for some companies, growth rates are just kicking into high gear. In 2022, the following four stocks are some of the fastest growing companies on the planet.

As has been the case over the past two years, pretty much anything tied to treating COVID-19 has the potential to generate serious revenue growth this year. According to the consensus estimate from Wall Street, biotech stock Novavax (NASDAQ:NVAX) is expected to bring in $4.62 billion in sales in 2022. This would mark a 236% improvement over the $1.38 billion in sales forecast for 2021.

What’s really helped to set Novavax apart from its competition is the company’s vaccine efficacy (VE) for NVX-CoV2373. In two large-scale studies in the U.K. and U.S./Mexico, which were respectively reported in March and June of last year, Novavax’s COVID-19 vaccine produced a VE of 89.7% and 90.4%. It’s one of only three major vaccine campaigns to have reached the 90% VE plateau. Even though VE is just one key figure within COVID-19 clinical trials, a VE of 90% could allow Novavax to supplant less-effective vaccines to become the global No. 3 COVID-19 vaccine of choice.

What’ll be interesting to see is how quickly Novavax can recover from its temporary stumbles in 2021. These “stumbles” include delaying the filing of emergency-use authorization in a number of high-dollar markets, as well as concerns over vaccine production and purity. While these issues have now been predominantly resolved, they’ve significantly weighed on Novavax’s share price in recent months.

Additionally, Novavax has the potential to bring an influenza/COVID-19 combination vaccine to market faster than many of its peers. If this were to occur in 2022 or early 2023, the company’s sales could soar. 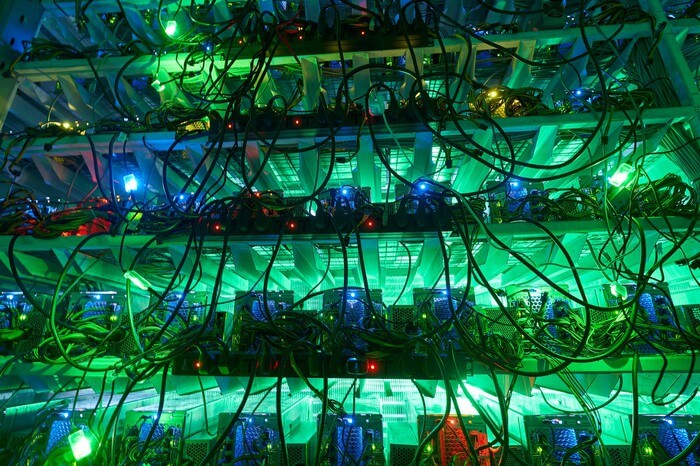 If 236% sales growth doesn’t raise an eyebrow, perhaps the projected 391% revenue growth forecast for cryptocurrency-mining company Marathon Digital Holdings (NASDAQ:MARA) will whet your whistle. Wall Street is looking for Marathon to deliver almost $820 million in sales in 2022, up from an estimated $167 million last year.

Cryptocurrency miners are people or businesses that use high-powered computers to solve complex mathematical equations that validate groups of transactions on blockchain (known as a block) as true. For being the first to solve a block, a “block reward” is paid. Marathon Digital, which focuses on the world’s largest cryptocurrency Bitcoin (CRYPTO:BTC) receives 6.25 Bitcoin for every block resolved. Thus, a block reward with Bitcoin is worth around $265,000.

The big bump in revenue growth for Marathon Digital corresponds with the company bringing a lot more of its ordered/on-order mining units online. As of the end of December, the company had 32,350 active mining units. But taking into account all received and on-order units, the company’s active mining fleet should hit approximately 199,000 units by early 2023. In this instance, more mining units will give Marathon a greater ability to earn Bitcoin block rewards.

Although sales are skyrocketing for the company, keep in mind that Bitcoin crypto miners have a laundry list of red flags. For instance, they’re completely dependent on external factors, rather than innovation. There’s also virtually no barrier to entry in the crypto-mining space, and Bitcoin block rewards are set to halve to 3.125 tokens in 2024. In other words, it’s a very competitive space with a shrinking pie. 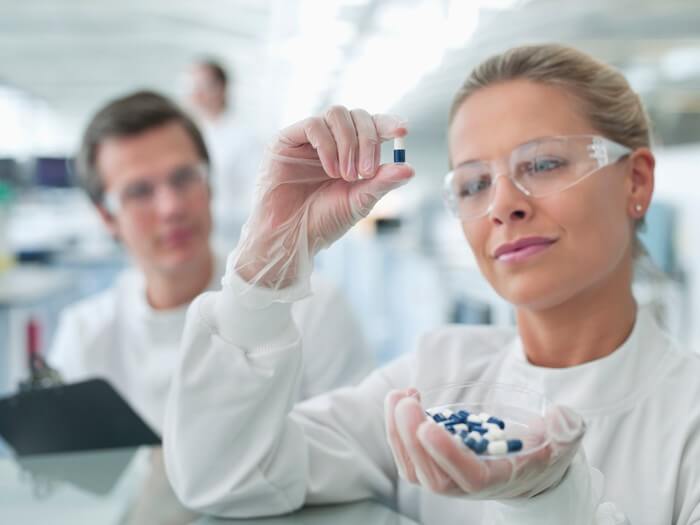 If quadruple-digit sales growth is more your thing, take a gander at clinical-stage biotech stock Vaxart (NASDAQ:VXRT). If Wall Street’s estimates are correct, Vaxart will see sales leap from just shy of $1 million in 2021 to almost $17.3 million this year, representing an increase of 1,644%.

What makes Vaxart such a wildcard is the technology driving its research, as well as its area of focus.

The company’s proprietary technology is known as “Vector-Adjuvant-Antigen Standardized Technology,” or VAAST. The VAAST platform is designed to allow Vaxart to develop oral therapies to treat ailments currently targeted by vaccines. The advantage offered by VAAST is that it activates systemic and mucosal immunity in the lungs, intestines, nose, and mouth to fight back against airborne viruses.

The buzz surrounding Vaxart has to do with it developing a clinical-stage oral treatment for COVID-19. The company released a phase 1 study last year that demonstrated a solid immune response. However, its pill didn’t produce the same high level of neutralizing antibodies that were observed with vaccines.

In 2022, Vaxart is testing its COVID-19 pill on a very specific protein and expecting improved results. Though a lot is riding on the company’s mid-stage study, even mildly positive results could send the company’s shares and revenue soaring, with so many people left to vaccinate worldwide. 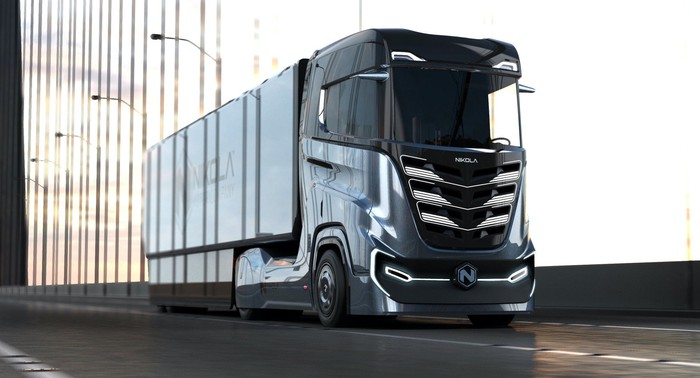 The crème-de-la-crème of revenue growth in 2022, at least on this list, is electric-vehicle (EV) and fuel cell electric-vehicle (FCEV) manufacturer Nikola (NASDAQ:NKLA). Admittedly building its way from the ground up, Nikola’s sales are expected to vault from $2.6 million in 2021 to $145.7 million this year, representing an increase or more than 5,400%!

Nikola finds itself at the center of what should be a multidecade growth trend. Most countries aim to promote alternative-energy usage to combat climate change. One of the easiest ways to do this is to coerce consumers and businesses to buy EVs. Nikola will be focusing its attention on the enterprise side of the equation, at least for the time being.

The company’s sales growth is likely to befueled by two agreements it landed in October. This included a collaboration with TC Energy to develop large hydrogen hubs for heavy-duty trucks powered by hydrogen, as well as a letter of intent from PGT Trucking for 100 Nikola Tre FCEVs.

While the electrification of consumer and enterprise vehicles sounds like a no-brainer opportunity, Nikola is facing some serious challenges. The company’s former CEO and Chairman, Trevor Milton, was indicted on three counts of criminal fraud in July for allegedly misleading Nikola’s investors.

Beyond Milton’s bad PR, building an auto company from the ground up is an expensive and time-consuming process. It’s not a given that Nikola has the financing needed to fund its ongoing production ramp up.