These game-changing stocks should bounce back in a big way.

Patience has paid off handsomely for investors over the past 13 years. Since the benchmark S&P 500 bottomed out during the Great Recession in March 2009, the widely followed index has gained 543% — and that’s not including dividends.

But for the past two months, investors have been given a stern reminder that stock market corrections and crashes are inevitable. While these rapid moves lower in the broader market can be scary, they’re also an ideal opportunity to pick up shares of game-changing businesses that have been caught up in the emotion-driven selling.

The following four game-changing stocks have all been beaten down recently, but could skyrocket 250%, or more, over the coming three years.

Nio’s underperformance looks to be the result of Wall Street expecting multiple compression from growth stocks as interest rates rise, as well as worries about persistent supply chain issues tied to the pandemic. In particular, Nio and other auto stocks have had their production constrained by semiconductor chip shortages. 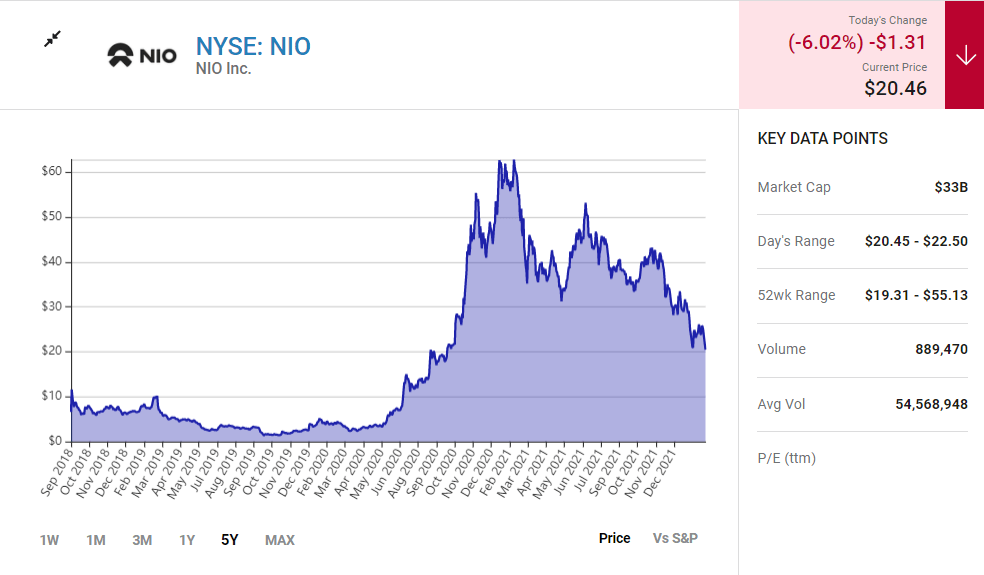 On the other hand, the company’s management team has navigated these challenges extremely well. By late 2021, Nio was delivering EVs at an annual run-rate of around 130,000 vehicles. By the end of this year, Nio has the potential to stretch its annual run-rate output to 600,000 EVs. The company plans to lean on growing demand for its existing line of EVs, as well as the introduction of three new electric vehicles, to boost demand.

Nio’s management has also dangled quite the carrot to new EV buyers in order to increase brand loyalty and its long-term operating margins. In August 2020, the company introduced its battery-as-a-service program. In exchange for a monthly fee paid to Nio, owners can charge, swap, or upgrade their batteries, as well as receive a discount off the initial purchase price of their vehicle. Nio is wisely trading some of its lower-margin, near-term sales for the predictability of fee-based revenue and a loyal future base of buyers.

Despite its shares getting thrashed lately, Nio is on track to turn the corner to recurring profitability next year. This gives its shares a real shot to hit the accelerator over the next three years. 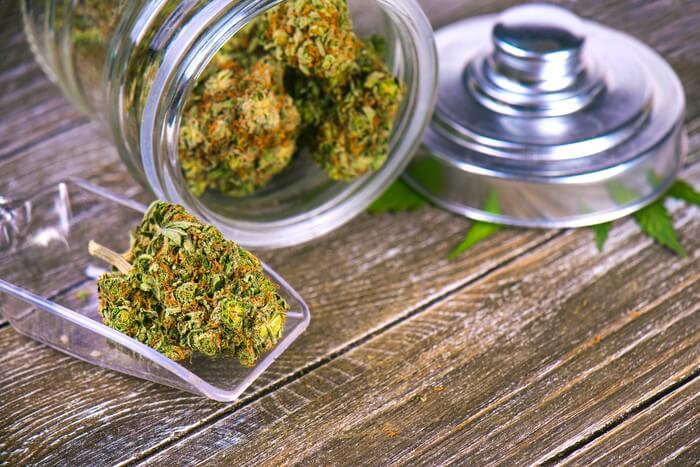 In terms of value among fast-growing companies, marijuana stocks might take the cake. Specifically, multi-state operator (MSO) Jushi Holdings ( JUSHF -3.39%) looks poised to bounce back big-time after declining 54% from its all-time closing high.

The cannabis industry has been in a precipitous downtrend since February 2021. The hope, when President Joe Biden took office, was that a Democrat-led Congress would quickly pass cannabis reforms at the federal level. But with the pandemic ongoing, Biden and lawmakers have had more pressing issues. Long story short, weed remains illegal at the federal level in the United States.

However, this lack of reform isn’t the bad news you might think it is for MSOs. Although it would certainly simplify things from an operating perspective if marijuana were legal federally, we’ve watched 37 states legalize cannabis in some capacity since 1996. As long as the U.S. Department of Justice is maintaining a hands-off approach to regulation, Jushi is in a position to shine.

What makes Jushi so intriguing is its focus on limited-license markets, such as Pennsylvania, Illinois, Massachusetts, and Virginia. A limited-license market caps how many dispensary licenses are issued in total, as well as to single businesses. It’s a way of encouraging competition and ensuring that smaller players, like Jushi, have a fair chance to build up their brands and a loyal client base.

Jushi also hasn’t been afraid to make acquisitions in high-dollar markets, such as California. The Golden State generates more in pot sales than any other state by a considerable amount.

With the company expected to become profitable on a recurring basis this year, a turnaround may be imminent. 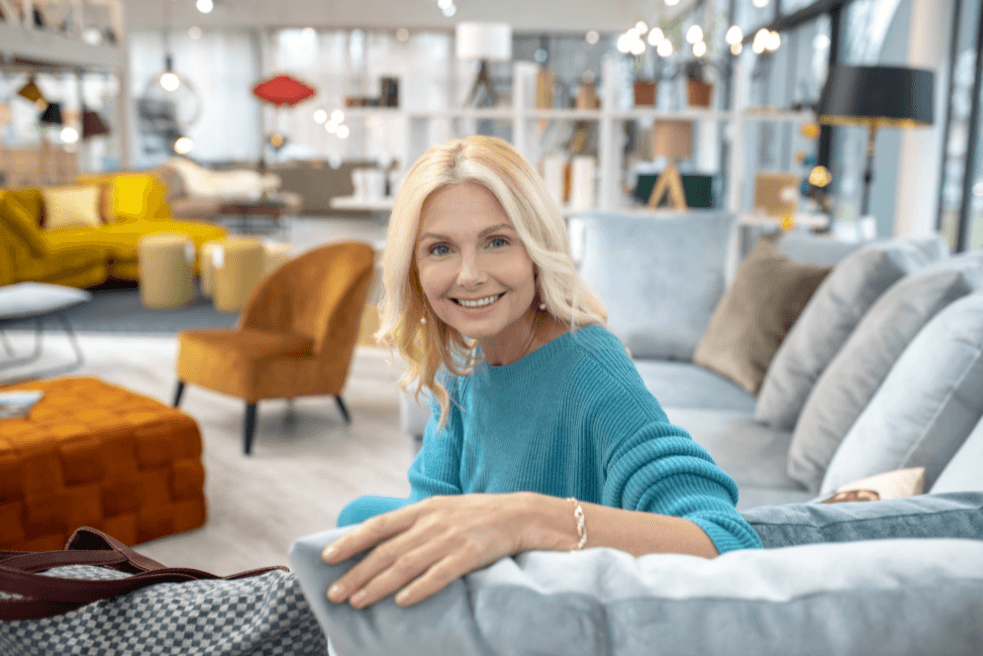 Another innovative stock that’s been beaten down and can skyrocket into 2025 is Lovesac ( LOVE -4.83% ). Shares of the furniture company are lower by 56% since hitting their all-time closing high last year.

Normally, furniture stocks are about as exciting as watching paint dry or grass grow. The furniture industry has always relied heavily on foot traffic into brick-and-mortar locations to drive sales. Unfortunately, with high overhead, these stocks are rarely worth the investment. 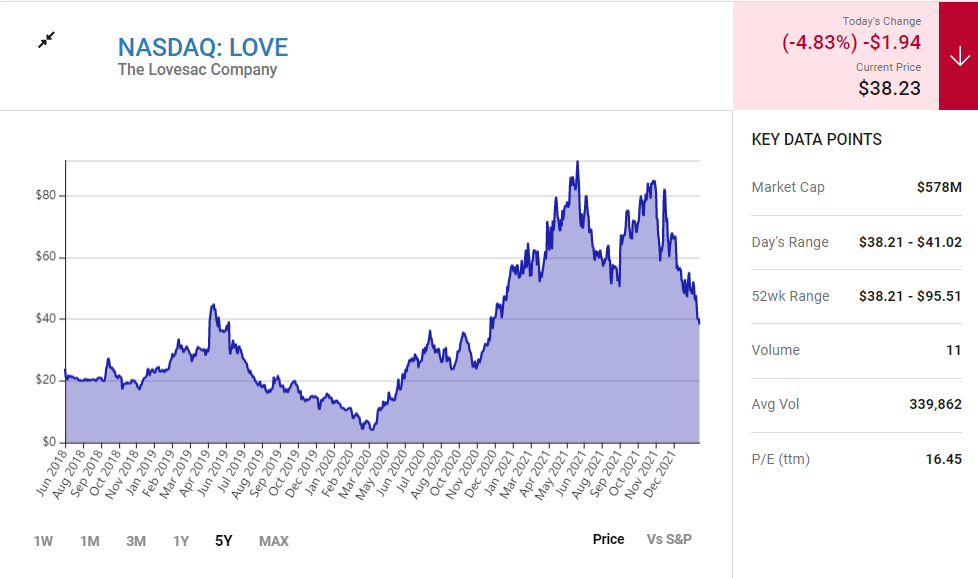 Enter Lovesac, stage right. Lovesac is changing the game in the furniture space in two key ways. First of all, the company’s furniture provides function and choice. Approximately 85% of the company’s sales are tied to “sactionals” (modular couches that can be rearranged dozens of ways). There are roughly 200 cover choices with sactionals, which also means buyers will have no trouble matching the color or theme of their home.

To build on this point, Lovesac is an eco-friendly company, too. The yarn used in its covers is made entirely from recycled plastic water bottles. These ESG investing ties are what make Lovesac so popular with millennials.

The other differentiator for Lovesac is its omnichannel sales platform. While most brick-and-mortar furniture companies have struggled mightily during the pandemic, Lovesac thrived by shifting sales online and occasionally leaning on pop-up showrooms. It’s also forged a handful of brand-name showroom partnerships.

The key here is that Lovesac’s overhead costs are considerably lower than its peers’. This should help drive exceptional bottom-line growth and lift shares by 250%, or more, by 2025. 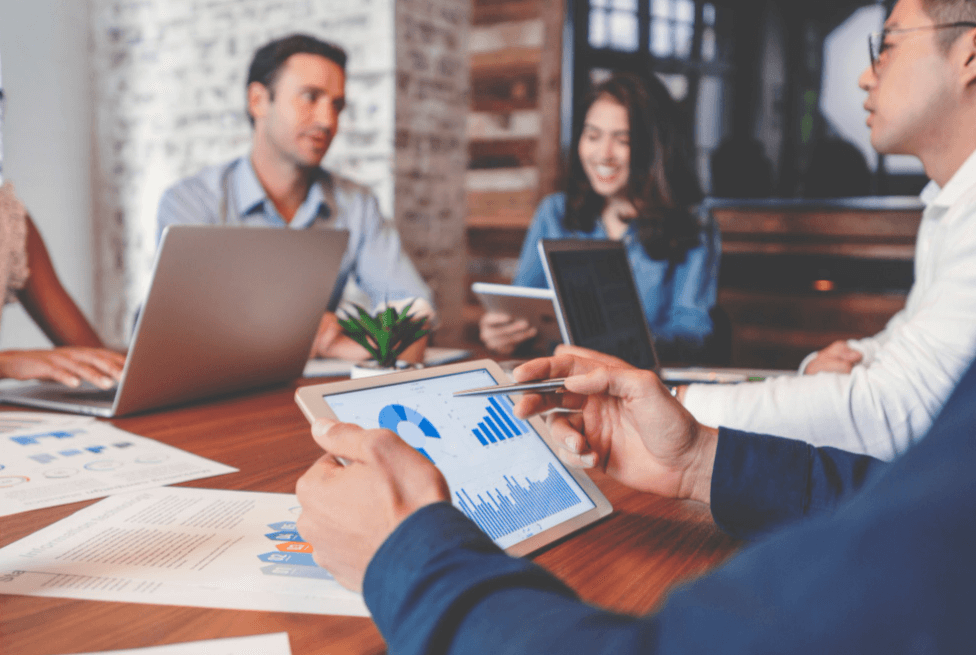 A fourth beaten-down stock with all the tools necessary to more than triple over the next three years is cloud-based programmatic ad company PubMatic ( PUBM -2.45% ). Shares are off by 61% from their all-time high in early 2021.

Like Nio, PubMatic looks to be a victim of Wall Street’s concern over multiple compression in a rising-rate environment. But with the company’s forward-year price-to-earnings ratio falling from over 100 to just 40 in about a year, now is not the time to keep your distance.

What makes PubMatic such a monster investment opportunity is the ongoing shift we’re witnessing in ad dollars from print to digital. According to the company, global digital ad spend is expected to grow by an annual average of 10% through mid-decade. But that’s peanuts for this company. Over the previous four quarters (through third-quarter 2021), PubMatic grew its organic year-over-year sales by at least 50%. That’s not a fluke. It’s evidence of advertisers shifting their messages to avenues like connected TV and over-the-top content. The latter has been the driving force for PubMatic.

What’s more, PubMatic appears to be doing a great job of looking after its clients (the publishers selling their display space) and advertisers. As a sell-side provider, you might think PubMatic is only filling display space with the highest-priced ads — but this isn’t the case. The company’s machine-learning software aims to put relevant information in front of users. Doing so keeps advertisers happy, and it should ultimately lift the ad-pricing power of publishers over time.

Considering that PubMatic is profitable and growing sales at a rate that’s many multiples faster than the programmatic ad industry, it has a real shot to rocket higher.