3 Investing Tips for People Who Don’t Follow the Market 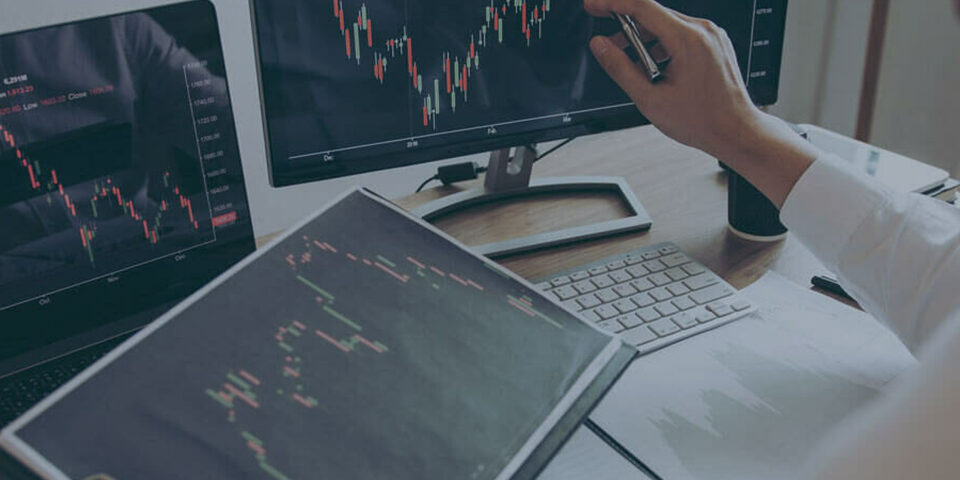 Contrary to the industry’s messaging, you can do just fine without constantly monitoring your stocks.

Do you know you need to be in the stock market to grow your nest egg but also have no interest in making it a full-time job? You’re not alone. Good news: Not only can you be a relatively inactive investor and still be successful, but it might actually help your returns. The correlation between lots of trading activity and underperforming the broad market is alarmingly high. The buy-and-hold crowd really does end up doing better in the long run.

That being said, anyone not looking to keep daily tabs on the market or their positions still needs to be smart. Here are three things any such investor should keep in mind on the rare occasions they’re taking action.

1. Stick with stocks that don’t need to be the news

Here’s a dirty little secret: A lot of people who think of themselves as long-term investors actually aren’t. Far too often what they consider “research” is actually nothing more than a hunt for a publicly traded company making big news. Headlines may support a strong performance from a stock for a while, but they won’t in perpetuity. Then the crash comes.

Take Nikola (NASDAQ:NKLA) as an example. Shares rallied by nearly 1,000% early last year following its ballyhooed June IPO stemming from a reverse merger with VectoIQ. After all, the case for the young electric vehicle maker being the next Tesla seemed pretty strong at the time.

The post-IPO tripling would only last two days. Now shares are back to where they were when the company was still VectoIQ, having given up all of its post-IPO gains, and more. As it turns out, the company wasn’t nearly as ready to rival Tesla as the hype suggested at the time.

Through the end of last year the only meaningful revenue the company has produced hasn’t come from sales of fuel-cell-powered vehicles, but sales of solar energy tech. It’s not going to make any deliveries of a vehicle until the final quarter of this year either, if things go as planned. This has been the source of major investor disappointment, not to mention steep 2020 losses of nearly $400 million versus its top line of less than $100,000. Consequently, had someone simply stepped in at the IPO and then not checked in for a few months, they’d be deep in the hole right now.

Bottom line? Stick with companies with headlines so predictable that they don’t even become headlines.

2. Look for companies that can (and will) evolve

To be clear, most companies can evolve. But not all of them will.

Most investors know about the rise and eventual fall of the camera film outfit Eastman Kodak (NYSE:KODK) — more commonly just known as Kodak  — before it finally filed for bankruptcy back in 2012. That’s after digital cameras had became decidedly more marketable than conventional cameras, and when smartphone cameras themselves were becoming powerful alternatives.

What most investors may not know is how Kodak helped pioneer the very digital camera movement that would ultimately drive it into bankruptcy, and also dabbled with digital photograph printing in its early days.The hurdle, then, wasn’t one of inadequate technologies. Kodak failed because it didn’t fully embrace the potential of these new technologies, knowing that doing so would destroy its film business.

To its credit, the new Eastman Kodak is not only repositioned in the digital photography arena, but is leveraging its brand name and intellectual property to address the industrial, commercial, and professional video markets. This evolution didn’t materialize, however, until after 2012’s bankruptcy effectively wiped out shareholders.

This stubbornness is in contrast with, say, a name like Google. The company’s roots may be as a simple search engine, but parent company Alphabet (NASDAQ:GOOG) (NASDAQ:GOOGL) has wisely ventured into related areas like cloud computing platforms, mobile device operating systems, and digital entertainment like apps and YouTube. These are all natural, extended uses of the company’s user base and core competencies, and more important, a clear clue that Alphabet can adapt in order to grow.

3. Fund-focused investors should optimize their odds

Finally, even if only part of your portfolio is dedicated to mutual funds, you’d be wise to maximize your odds of success — or net growth — by owning certain actively managed funds.

But what about the cautionary tale that most actively managed mutual funds underperform the overall market? It’s absolutely true. In its most recent look at the data Standard & Poor’s says 93% of actively managed large-cap funds have trailed the S&P 500‘s results for the past 20 years.

That look is limited to the large-cap realm, though. In looking at the small-cap and mid-cap slivers of the market, active management’s success rate improves against the relevant benchmarks. Particularly in one-year and three-year timeframes, most small-cap and mid-cap fund managers seem to enjoy an edge. Ditto for international and emerging market funds, although more so — usually. Never even mind the fact that these segments of the market have a better long-term track record than their large-cap counterparts, even if they don’t outperform them every year.

This isn’t to suggest long-term investors should only own actively managed small-cap and international funds. Doing so would create a new slate of problems including stomach-turning volatility. Rather, the message is simply that fund managers not limited to the market’s most-watched stocks are often able to do what they’re supposed to be able to do: find opportunities most other people don’t yet see.This article represents the opinion of the writer, who may disagree with the “official” recommendation position of a Motley Fool premium advisory service. We’re motley! Questioning an investing thesis — even one of our own — helps us all think critically about investing and make decisions that help us become smarter, happier, and richer.