For years, growth stocks led the broader market higher. But in 2022, they were the driving force of the bear market decline. The growth-focused Nasdaq Composite was hit especially hard, with the index losing a third of its value last year.

However, 2022 is ancient history in the eyes of Wall Street analysts. Since the major U.S. stock indexes tend to increase in value over time, most analysts have optimistic outlooks for the publicly traded companies they cover.

But there’s a big difference between expecting a stock to rise over the next 12 months and believing it’ll skyrocket. For the following three growth stocks, select Wall Street analysts are forecasting gains in 2023 that could range from 139% on the low end to as much as 365%.

The first fast-paced stock capable of delivering triple-digit returns, at least in eyes of one Wall Street analyst, is electric-vehicle (EV) manufacturer Tesla (TSLA -0.94%). Despite a price target cut announced less than two weeks ago, analyst William Stein of Truist Financial foresees a $299 price target in Tesla’s future. Based on where shares closed on January 12, this would work out to upside of 142% this year.

Tesla would appear to have both macro and company-specific factors working in its favor. From a macro perspective, most developed countries are aiming to reduce their respective carbon footprints. Arguably the easiest way to do this is by promoting alternative energy transportation. The ramp-up in EVs should lead to sustainable double-digit growth for the auto industry. 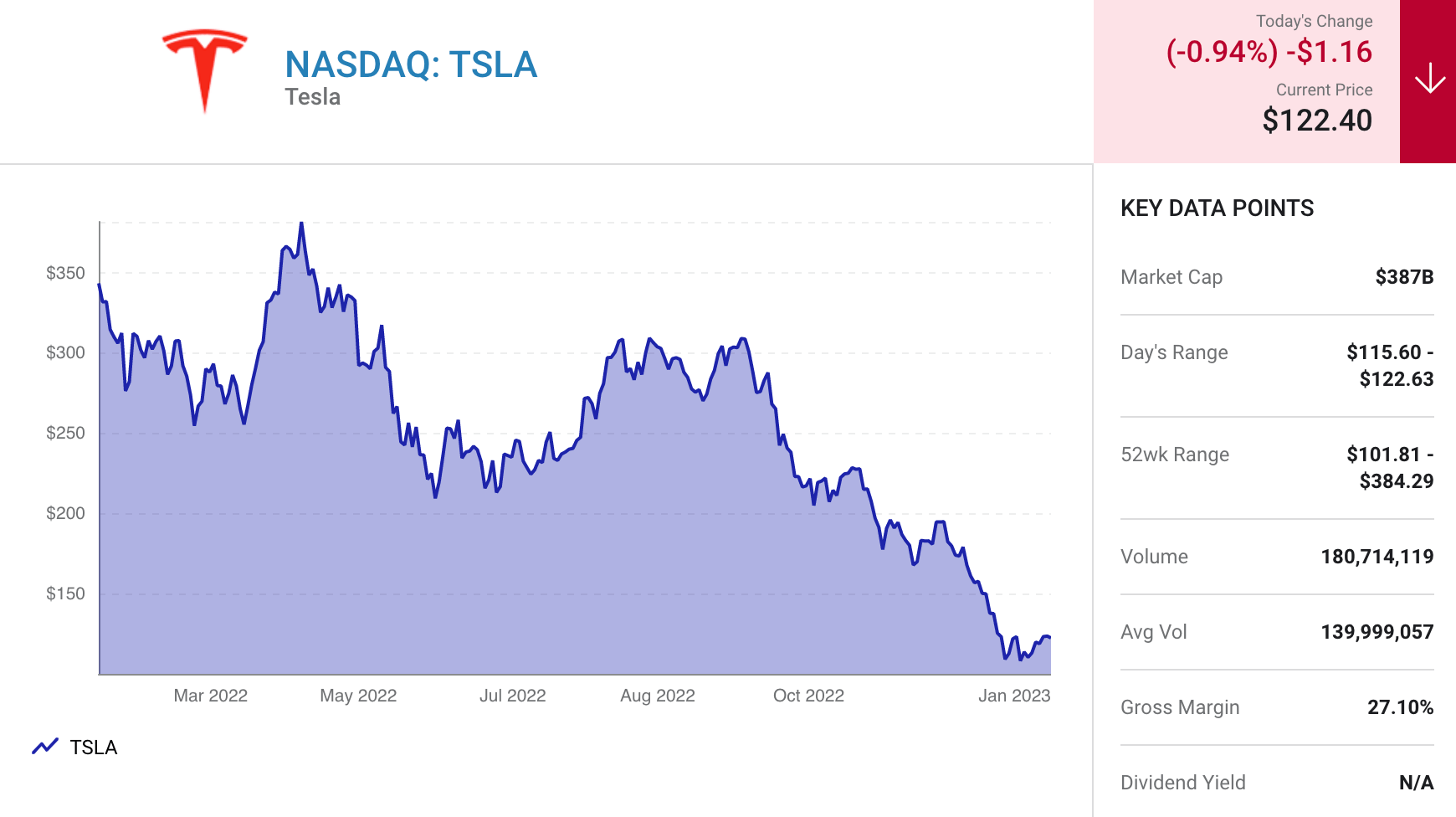 More specific to Tesla, it’s benefiting from its gigafactories in Berlin, Germany, and Austin, Texas, coming online last year. The production added from these gigafactories helped push production and deliveries past 1.3 million in 2022, and should allow Tesla to land somewhere between 1.5 million and 2 million EVs produced in 2023 (assuming global supply chains cooperate).

Tesla has also been profitable on a recurring basis, without the assistance of renewable energy credits, over the past two years. That’s not something most legacy automakers can say about their EV divisions.

But even with its first-mover advantages, Tesla is going to have a virtually impossible time reaching Truist’s $299 price target in the new year.

To begin with, investors are coming to realization that Tesla can’t escape the headwinds facing the rest of the auto industry. Tesla has been slashing the price of its flagship Model 3 sedan and Model Y SUV in China and the U.S. to address rising inventory levels, and like its peers has been contending with rising costs and supply chain disruptions.

The bigger problem for Tesla, and the key reason it’s unlikely to reach Stein’s lofty price target, is CEO Elon Musk. Despite being a visionary, Musk has left a mountain of promises unfulfilled. The delayed launch of the Cybertruck, no robotaxis on the roads, and the persistent push of level 5 full self-driving to a later date, are all examples of promises baked into Tesla’s valuation that haven’t come to fruition. 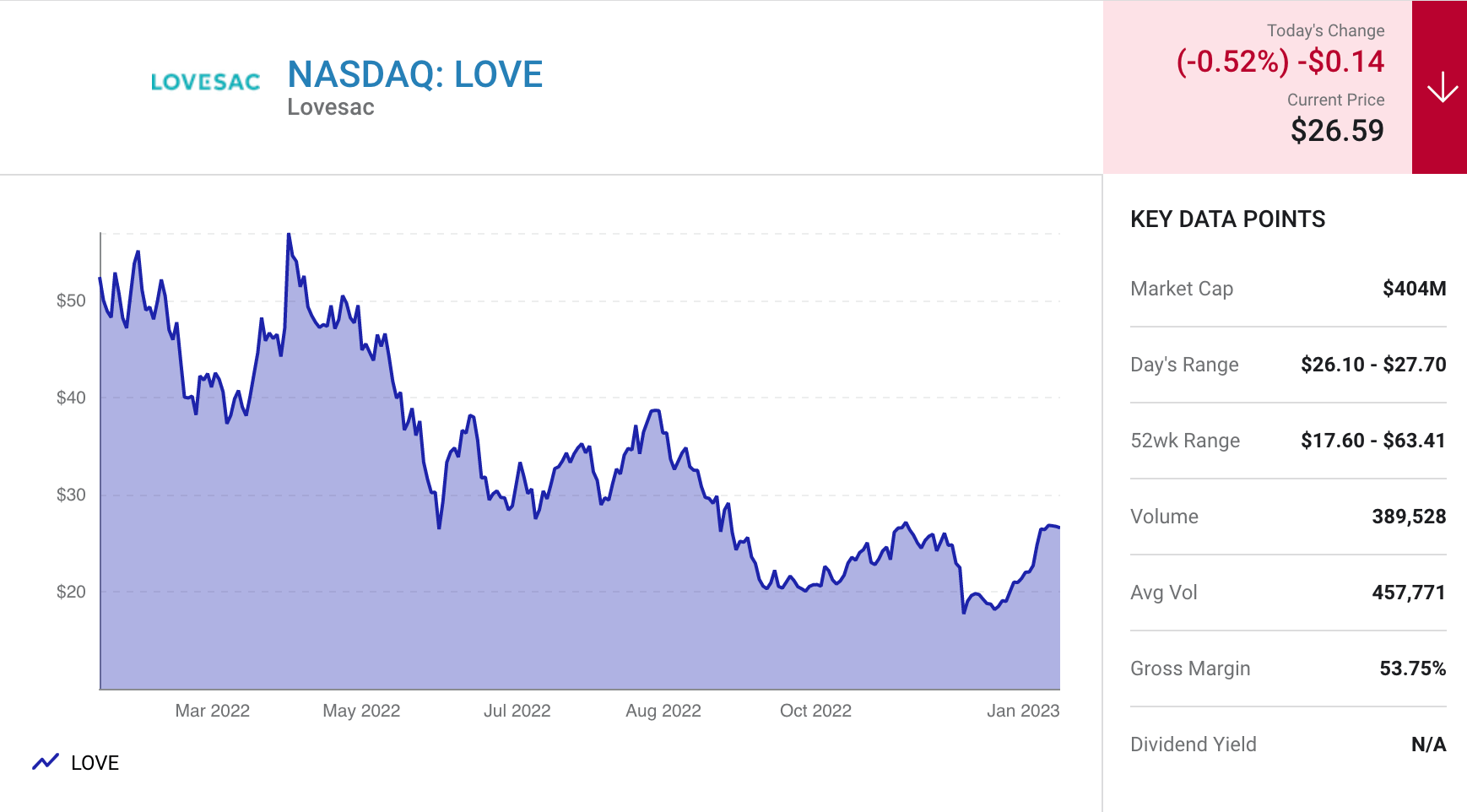 The second growth stock that has the potential to deliver incredible upside in 2023, based on the lofty 12-month price target of one Wall Street analyst, is furniture stock Lovesac (LOVE -0.52%). According to analyst Thomas Forte of DA Davidson, Lovesac can make a run at $64 this year. If Forte’s price target proves accurate, this would represent 139% upside from where shares closed on Jan. 12, 2023.

Like virtually all retailers, Lovesac has been clobbered by a confluence of macroeconomic factors. Historically high inflation has increased the company’s production costs and shipping expenses, while supply chain issues have weighed on production and demand. These factors help explain why Lovesac fell from a peak of more than $90 per share in 2021 to the $26 and change it closed last Thursday.

However, unlike Tesla, Lovesac’s competitive edges are beginning to shine through and could very well lead to a triple-digit return in 2023 for its patient shareholders.

One of Lovesac’s biggest differentiators is its furniture. Instead of purchasing products from the same group of wholesalers most furniture retailers use, Lovesac designs its own products. Approximately 90% of the company’s net sales come from sactionals, which are modular couches that can be rearranged to fit most living spaces. As I’ve extolled before, sactionals offer functionality, optionality (there are over 200 different cover choices), and eco-friendliness. The yarn used in sactional covers is made using recycled plastic water bottles.

Lovesac’s products also tend to target middle-and-upper-income consumers. People with higher incomes are less likely to alter their consumption habits if inflation is highor if the U.S. economy weakens a bit. This provides added stability and predictability to Lovesac’s sales and operating cash flow.

But most importantly, Lovesac’s omnichannel sales platform is making a difference. Direct-to-consumer sales, popup showrooms, and brand-name partnerships, were powerful margin-boosting tools during the pandemic. With lower overhead costs than traditional furniture retailers, Lovesac can deliver juicier margins and profits. 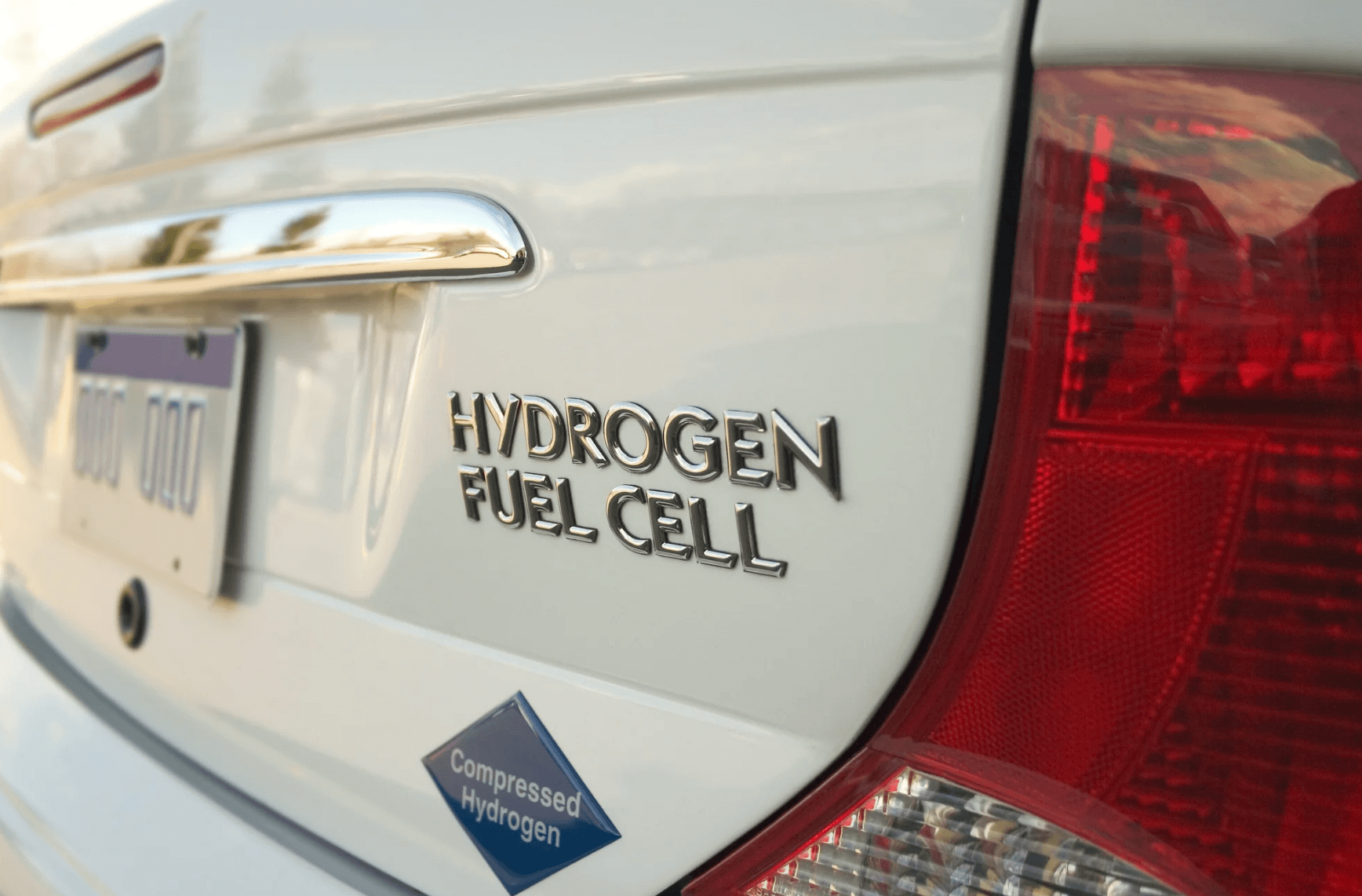 A third growth stock with mammoth upside potential in 2023, based on the price target of one Wall Street analyst, is hydrogen fuel-cell solutions company Plug Power (PLUG -1.79%). Longtime Plug Power bull Amit Dayal of H.C. Wainwright foresees shares heading to $78 this year. If he’s right, shareholders would enjoy a 365% gain.

Plug Power is benefiting from the same macro dynamics as Tesla. As countries look for ways to reduce their carbon emissions, moving to various forms of alternative energy transportation will become more attractive. In addition to its GenDrive units being used in industrial settings for forklifts, Plug Power can make an impact providing fuel cell solutions for vehicles, as well as aiding in the development of hydrogen refilling/refueling infrastructure. 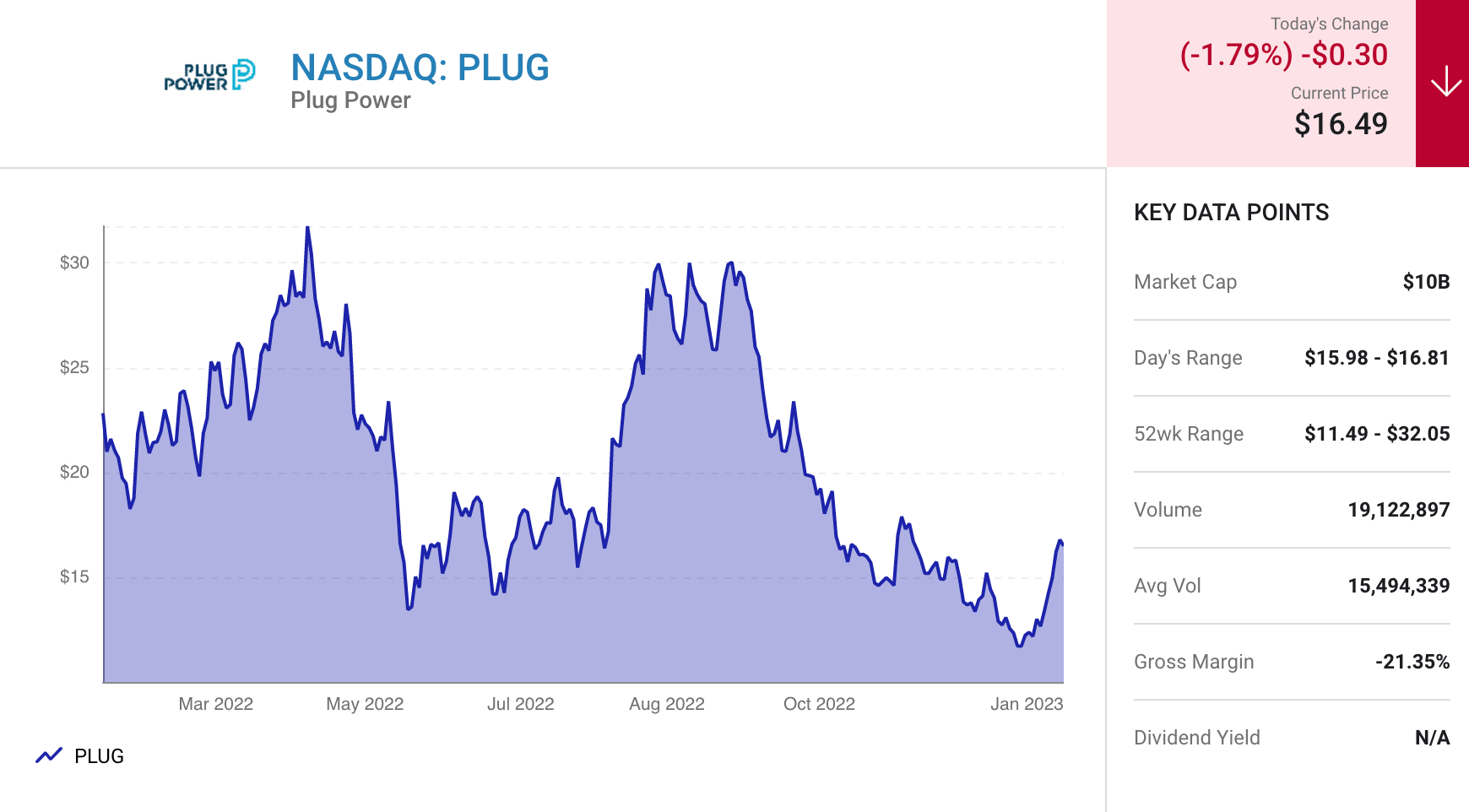 Aside from macro factors, the top catalyst for Plug Power has been its affinity to land brand-name partnerships and joint ventures. Two years ago, the company announced a joint venture (now known as Hyvia) with Renault that would target Europe’s light commercial vehicle market. Around that same time, SK Group and Plug formed a joint venture to provide hydrogen fuel systems, refueling stations, and electrolyzers to the Korean market and other Asian countries. Having deep-pocketed, brand-name partners isn’t a bad thing.

But jaw-dropping sales growth aside, the big knock against Plug Power has been the company’s lack of profits. A vast hydrogen ecosystem sounds great on paper, but it’s yet to translate to Plug’s bottom line. While the company’s next-generation GenDrive systems should help reduce production and maintenance costs, it’s not yet clear if Plug Power will be profitable anytime soon. Without that push to profitability, $78 per share is a hard ask in a bear market.