It’s been an action-packed earnings season so far, and it goes without saying that it came at a critical time.

We’ve received a multitude of quarterly reports daily for some time now, finally giving investors a clearer idea of how companies have navigated the rough economic waters we’ve found ourselves sailing in.

Three companies that positively surprised investors with their quarterly results include Palo Alto Networks PANW, The Walt Disney Company DIS, and Netflix NFLX. Below is a chart illustrating the share performance of all three companies YTD.

Let’s take a closer look at each company and its quarterly results.

In its latest quarter, Disney reported earnings of $1.09 per share, good enough to exceed the Zacks Consensus EPS Estimate of $0.94 by a sizable 16%. 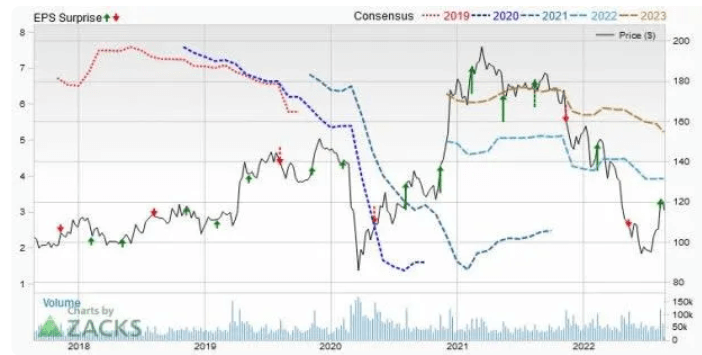 Quarterly revenue came in hot at $21.5 billion, representing a 2% top-line beat and a steep 26% year-over-year uptick.

In addition, the company’s premium streaming service, Disney+, has continued to be a major hit among consumers; Disney+ added 14.4 million subscribers throughout the quarter, representing a sizable 31% Y/Y uptick and bringing the subscriber total to a mighty 152 million.

“We had an excellent quarter, with our world-class creative and business teams powering outstanding performance at our domestic theme parks, big increases in live-sports viewership, and significant subscriber growth at our streaming services. With 14.4 million Disney+ subscribers added in the fiscal third quarter, we now have 221 million total subscriptions across our streaming offerings,” said Bob Chapek, CEO.

Now with 221 million total subscribers across all of its streaming platforms, the company has officially surpassed Netflix’s subscriber count. 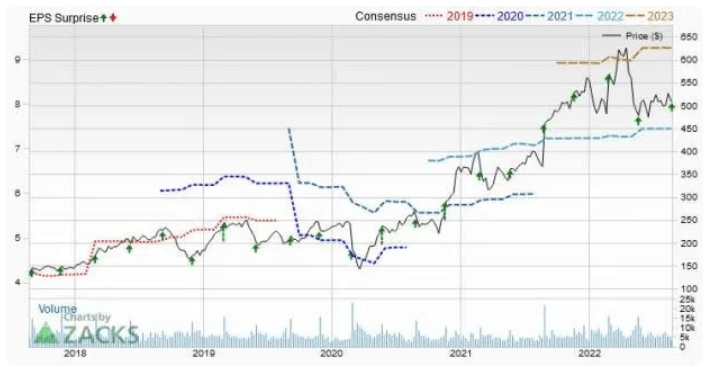 Palo Alto Networks reiterated its massive potential and cited a few reasons why, including the increased pace and sophistication of cyber-attacks, expanded attack surface areas, an accelerated shift to the public cloud, a talent shortage in security, and the new “norm” of the hybrid workforce.

Perhaps the biggest highlight of the entire report is Palo Alto Networks’ announcement of a planned 3-for-1 stock split, ensuring that shares are accessible to all investors. PANW shares will start trading on a split-adjusted basis on September 14th, 2022.

Stock splits are always an exciting announcement, and the market has reacted well in response – PANW shares soared in pre-market trading. 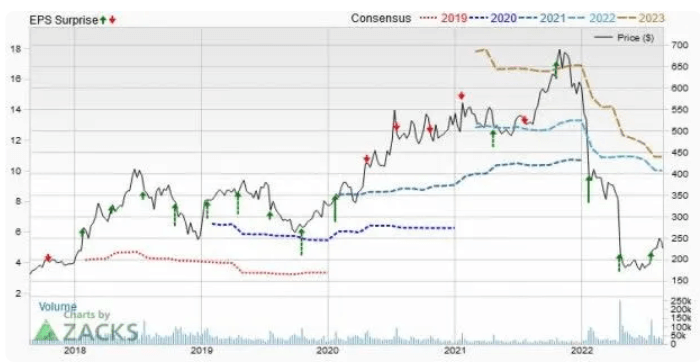 Quarterly revenue was reported at $7.9 billion, marginally under expectations but reflecting a solid 8.6% year-over-year change.

Below is a chart illustrating the company’s revenue on a quarterly basis.

A significant positive, quarterly free cash flow came in at $13 million, compared to -$175 million in the year-ago quarter.

Furthermore, net cash generated by operating activities totaled $103 million, up from -$64 million in the year-ago quarter.

The company also announced that it expects positive annual free cash flow moving forward, thanks to increasing revenue, profitability strength, and the successful multi-year evolution of its content model.

All in all, it was a great rebound quarter for the company.

While the first quarter of 2022 was a rough time that many market participants want to forget, we’ve received many positive quarterly prints this time around.

Companies have battled a challenging macroeconomic environment all year long, making it more than pleasant to witness companies such as Netflix NFLX, Disney DIS, and Palo Alto Networks PANW fight back and report strong quarterly results.