2023 Lexus RZ Will Offer Yoke-Style Steering Wheel in the U.S.

A new photo of the 2023 Lexus RZ’s interior reveals that it will have a yoke-style steering wheel. And what’s more, Lexus confirmed to C/D that this unconventional setup will be offered in the U.S. version of this new EV—unlike the related Toyota bZ4X, which is only set to offer the yoke in other global markets.

The inclusion of such a feature is a clear shot at Tesla, which offers a yoke as standard in the Tesla Model S and Model X. But we’re thinking that the Lexus’s setup may end up feeling quite different than the Tesla’s in practice. When Toyota first detailed the yoke system in the bZ4X, it said it would limit the total rotation of the wheel to 150 degrees and use the steer-by-wire technology to turn the wheels an appropriate amount based on the driver’s input. When we sampled Tesla’s yoke in a Model S Plaid, we found its execution to be poor, as it sometimes requires the driver to turn past about 180 degrees, which makes it awkward and unpredictable to use.

Fans of conventional, round steering wheels shouldn’t worry too much, as we’re certain that the yoke will be an option on the RZ rather than standard equipment. From this interior photo we can also see that the RZ will have a rotary-style shift knob, a touchscreen infotainment system, and a power button—unlike some other EVs which automatically turn on when you enter the cabin. 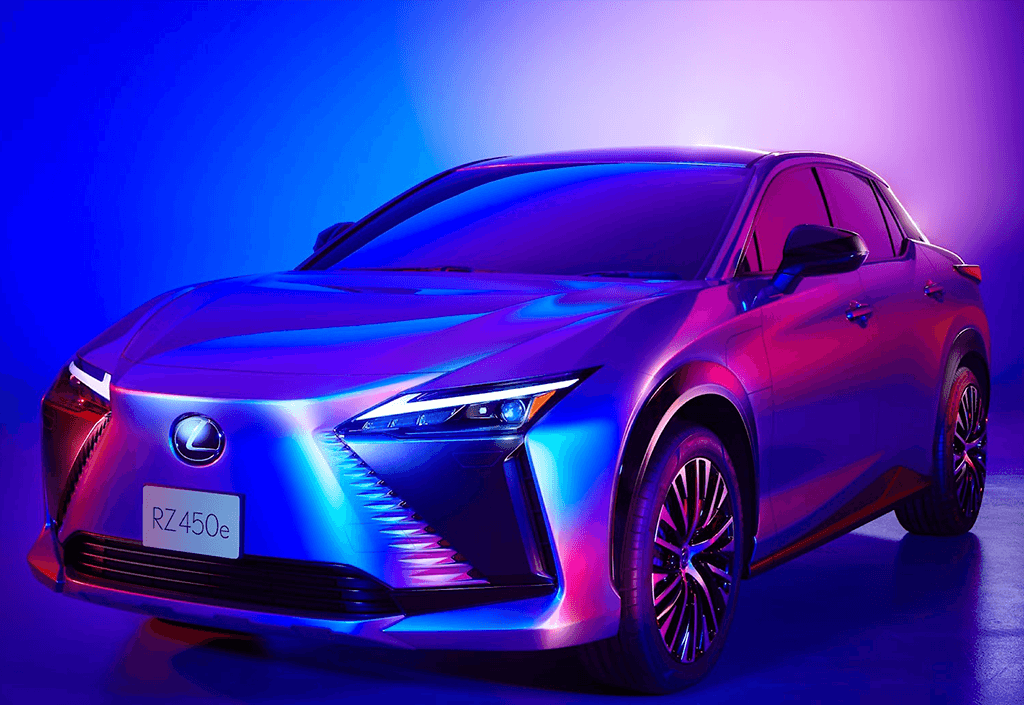 Although we’ve already seen photos of the 2023 Lexus RZ450e’s exterior, Lexus will reveal more details—likely including powertrain specs and range estimates—on April 20 when it makes its official debut.