2022 was an unusual year for the stock market

While it may be the case that the stock market usually goes up, 2022 was a reminder it doesn’t always go up. This is just part of the deal when it comes to successful long-term investing. The road to stock market riches comes with lots of ups and downs.

According to data compiled by Carson Group’s Ryan Detrick, the S&P 500 has had a positive year 71% of the time. It’s an incredible track record, but it isn’t perfect.

If history is a guide, then the odds favor positive returns in 2023. According to Detrick’s data, the S&P follows a negative year with a positive year 80% of the time with an average gain of 15%.

Again, the track record isn’t perfect. While it’s unusual for the S&P to see two consecutive years of negative returns, it’s not unprecedented. It happened after 1973 and 2000, and the subsequent year’s returns actually got worse. 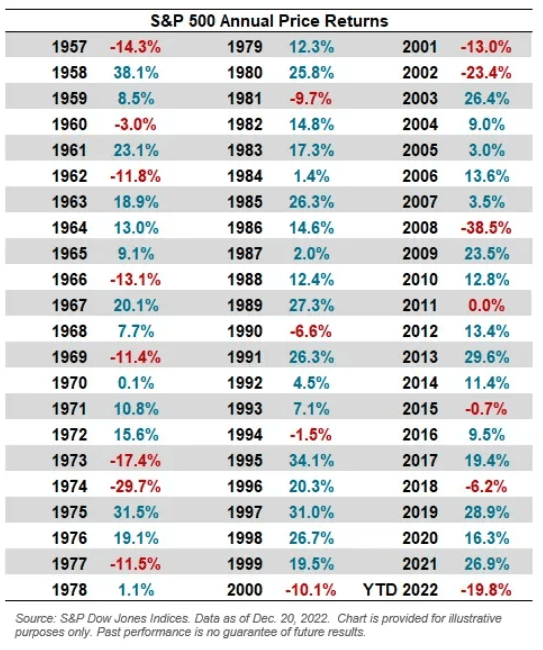